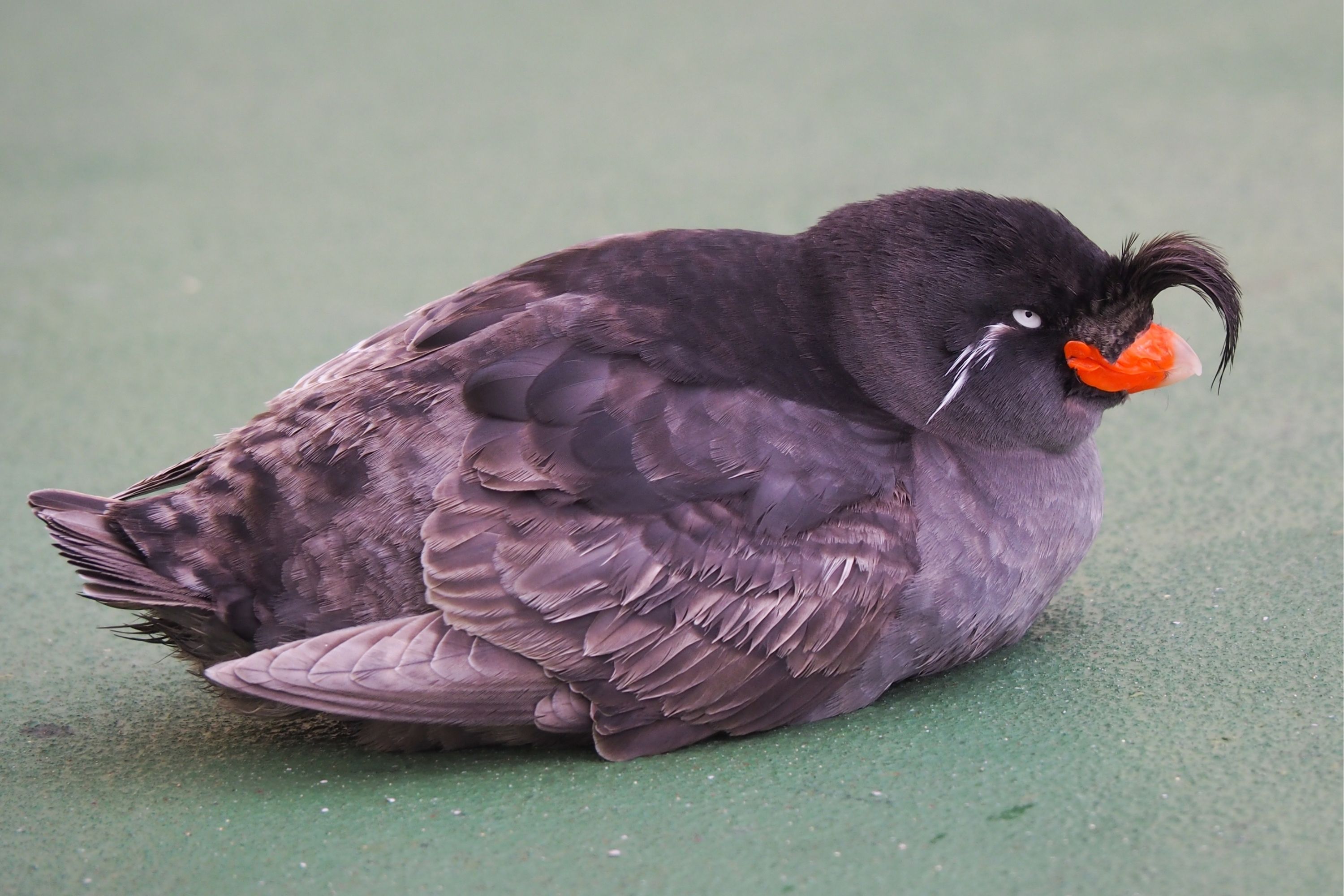 The crested auklet (Aethia cristatella) is a small seabird of the family Alcidae, distributed throughout the northern Pacific and the Bering Sea. The species feeds by diving in deep waters, eating krill and a variety of small marine animals. It nests in dense colonies of up to 1 million individuals in the Bering Sea and the Sea of Okhotsk. It often breeds in mixed-species colonies with the least auklet, a smaller congener. The species is known for its sexual ornaments, found in both males and females. These include colorful plumage with a forehead crest, a striking scent recalling citrus fruit, and a loud trumpet call, all of which appear to have evolved through sexual selection. The total population is around 6 million, almost half in North America. It is in general considered to be of least concern, though the Alaskan population faces additional threats from predation and oil spills. The crested auklet can measure 18–27 cm (7.1–10.6 in) in length, 34–50 cm (13–20 in) in wingspan and weigh 195–330 g (6.9–11.6 oz). They have a reddish-orange and yellow tipped bill, yellowish white irises, and white auricular plumes from their eyes to their ears. Their bodies, wings, and tails are primarily dark sooty grey, while their legs and feet are grey and claws black. The males and females are very similar, although the females have slightly smaller and less curved bills, additionally slightly smaller crests. Crested auklets are known for their forehead crests, which is made of black forward-curving feathers. These forehead crests are highly variable, and can have between two and twenty three narrow forward curving feathers. The average auklet has 12 crest feathers, which are of variable length, between 8.1 and 58.5 millimetres. Auklets have auricular plumes and a bright orange bill with curved accessory plates. Like forehead crests, these features vary widely within auklet populations. The crested auklet is recognized primarily by two characteristics during the breeding season. The first is its crest, a group of bristle feathers located on top of its head above its eyes. The second is a social odor that the auklets produce during the breeding season, described as smelling like tangerines. This odor originates from tiny wick feathers, located in a small patch of skin between the shoulder blades. In winter plumage, their bills are smaller and dull yellow. They lack accessory plates and their crest and auricular plumes are reduced. 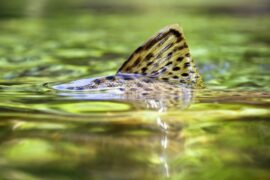 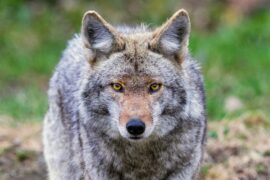 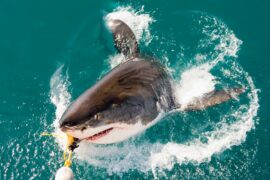