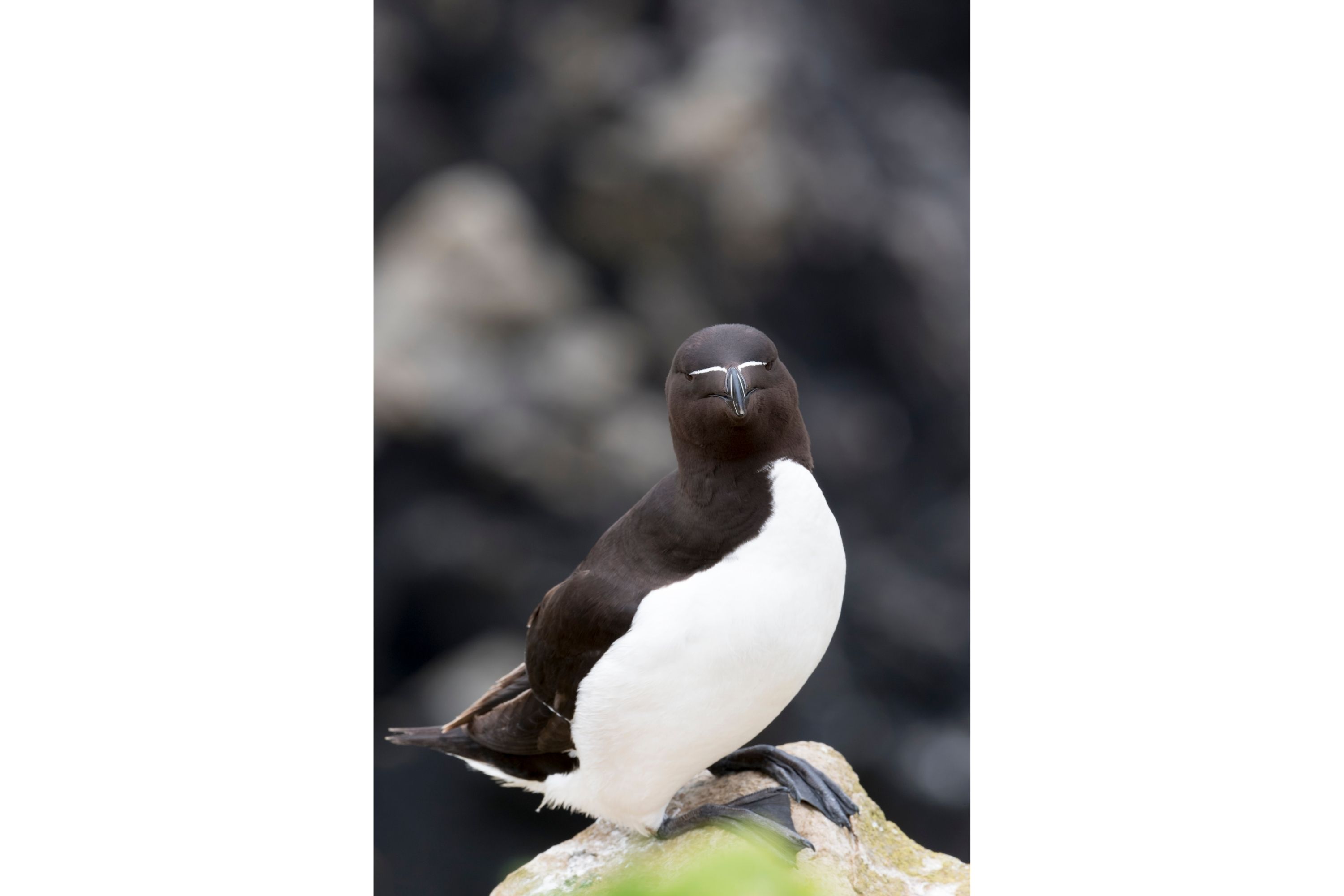 The razorbill, razor-billed auk, or lesser auk (Alca torda) is a colonial seabird and the only extant member of the genus Alca of the family Alcidae, the auks. It is the closest living relative of the extinct great auk (Pinguinis impennis). Wild populations live in the subarctic waters of the Atlantic Ocean. Razorbills are primarily black with a white underside. The male and female are identical in plumage; however, males are generally larger than females. This agile bird, which is capable of both flight and diving, has a predominantly aquatic lifestyle and only comes to land in order to breed. It is monogamous, choosing one partner for life. Females lay one egg per year. Razorbills nest along coastal cliffs in enclosed or slightly exposed crevices. The parents spend equal amounts of time incubating, and once the chick has hatched, they take turns foraging for their young. In 1918, the razorbill was protected in the United States by the Migratory Bird Treaty Act. Presently, this species faces major threats, including the destruction of breeding sites, oil spills, and deterioration of food quality. The IUCN records the population of the Gagarka as fluctuating, causing its status to interchange. It has been recorded that the population had increased from 2008 to 2015, decreased from 2015 to 2021, and appears to be increasing or stable at the present. It is believed the population of the Gagarka lies between 838,000 and 1,600,000 individuals. The razorbill has a white belly and a black head, neck, back, and feet during the breeding season. A thin white line also extends from the eyes to the end of the bill. Its head is darker than that of a common murre. During the non-breeding season, the throat and face behind the eye become white, and the white line on the face and bill becomes less prominent. The bill is black, deep and laterally compressed, with a blunt end. It has several vertical grooves or furrows near the curved tip, one of them adorned with a white, broken vertical line. The bill is thinner and the grooves are less marked during the non-breeding season. It is a large and thick-set bird, for an alcid, and its mean weight ranges from 505 to 890 g (17+3⁄4 to 31+1⁄2 oz). The female and male adults are very much alike, having only small differences such as wing length.