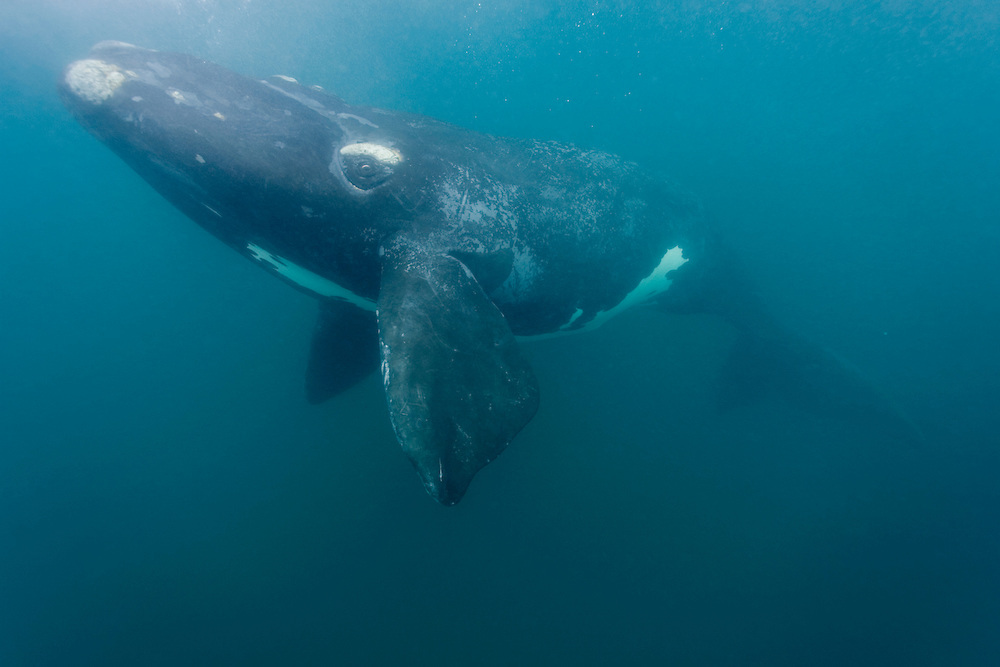 The Southern Right Whale ( Eubalaena australis ( Desmoulins,1822 ) ) is a marine mammal belonging to the Balaenidae family.Because of its slowness and its floating way of swimming it was one of the species of cetaceans mostly hunted in the period between the seventeenth and twentieth century.From the carcass of a single specimen,which had the characteristic of floating just killed,large quantities of oil were obtained.It is a protected species since 1937.The southern whale has a fat,stocky body and the skin is smooth.The prevailing color is black,with white spots distributed randomly on the belly and rarely on the back.However,blue-black,light-brown and even dark-white individuals were observed.The head is rough up to a quarter of the body and is characterized by showy callosities (hard skin growths),which form different designs in each individual and,for this reason,are used by researchers for the identification of animals.The body is also covered by lice of whales.The overall length is between 14 and 18 meters,for an average weight of 54tons.The fin on the back is not present and the pectoral fins take the form of a fan,while the caudal fin is wide and rounded.The mouth is equipped with a number of bones ranging from 200 to 270,very narrow,up to three meters long and of a variable color from dark gray to black.