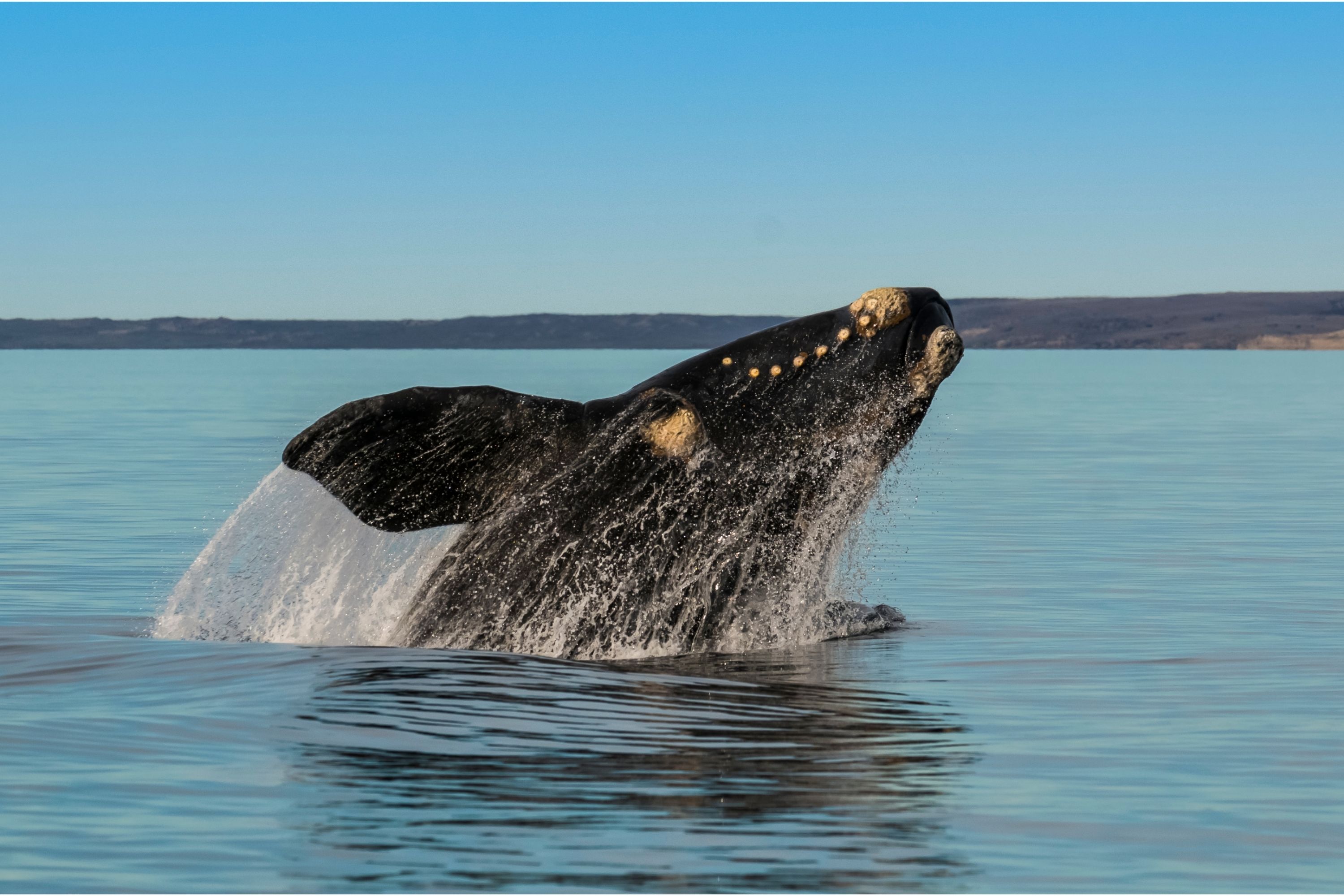 The North Atlantic right whale (Eubalaena glacialis) is a baleen whale, one of three right whale species belonging to the genus Eubalaena, all of which were formerly classified as a single species. Because of their docile nature, their slow surface-skimming feeding behaviors, their tendencies to stay close to the coast, and their high blubber content (which makes them float when they are killed, and which produced high yields of whale oil), right whales were once a preferred target for whalers. At present, they are among the most endangered whales in the world, and they are protected under the U.S. Endangered Species Act and Marine Mammal Protection Act and Canada's Species at Risk Act. There are fewer than 366 individuals in existence in the western North Atlantic Ocean they migrate between feeding grounds in the Labrador Sea and their winter calving areas off Georgia and Florida, an ocean area with heavy shipping traffic. In the eastern North Atlantic, on the other hand with a total population reaching into the low teens at most scientists believe that they may already be functionally extinct. Vessel strikes and entanglement in fixed fishing gear, which together account for nearly half of all North Atlantic right whale mortality since 1970, are their two greatest threats to recovery. Like other right whales, the North Atlantic right whale, also known as the northern right whale or black right whale, is readily distinguished from other cetaceans by the absence of a dorsal fin on its broad back, short, paddle-like pectoral flippers and a long arching mouth that begins above the eye. Its coloration is dark grey to black, with some individuals occasionally having white patches on their stomachs or throats. Other unique features include a large head, which makes up a quarter of its total body length, narrow tail stock in comparison to its wide fluke and v-shaped blowhole which produces a heart-shaped blow. The most distinguishing feature for right whales is their callosities, rough, white patches of keratinized skin found on their heads. The right whale's callosities provide habitat for large colonies of cyamids or whale lice, which feed on the right whale's skin as these small crustaceans cannot survive in open water. The relationship between cyamids and right whales is symbiotic in nature but is poorly understood by scientists. Callosities are not caused by the external environment and are present on fetuses before birth.