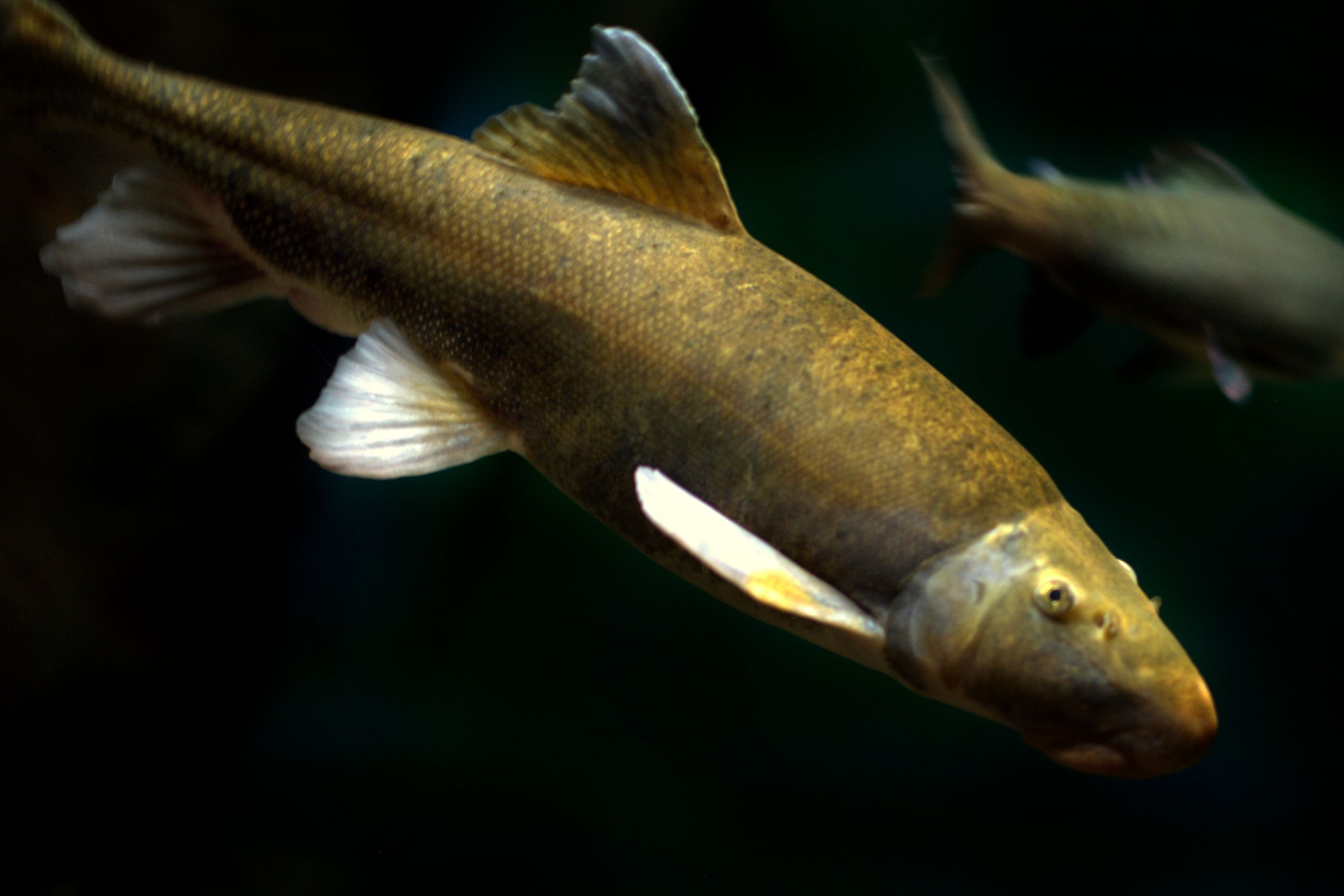 The longnose sucker (Catostomus catostomus) is a species of cypriniform freshwater fish in the family Catostomidae. It is native to North America from the northern United States to the top of the continent. It is also found in Russia in rivers of eastern Siberia, and thus one of only two species of sucker native to Asia (the other is the Chinese Myxocyprinus asiaticus). The body of the longnose sucker is long and round with dark olive or grey sides and top and a light underside. They are up to 64 cm (25 in) in total length and weigh up to 3.3 kg (7.3 lb). Longnose suckers are easily confused with white suckers (Catostomus commersoni), which appear very similar. However, longnose suckers can be distinguished by their comparatively finer scales. The longnose sucker inhabits cold, clear waters, including lakes, pools, rivers and streams, and occasionally also brackish waters. In North America, it ranges north from the Columbia, Delaware, Missouri and Monongahela river basins, as well as the Great Lakes basin. The Russian population, which sometimes is referred to as the Siberian sucker (C. c. rostratus), is found in the Yana, Indigirka, Alazeya and Kolyma river basins. It is a bottom-feeding fish, eating aquatic plants, algae, and small invertebrates. They are preyed upon by larger predatory fish, such as bass, walleye, trout, northern pike, muskellunge and burbot. They are fished for game and food and also used as bait to catch the larger predators. The IGFA world record sits at 6 lbs 9 oz taken from the St. Joseph River in Michigan.