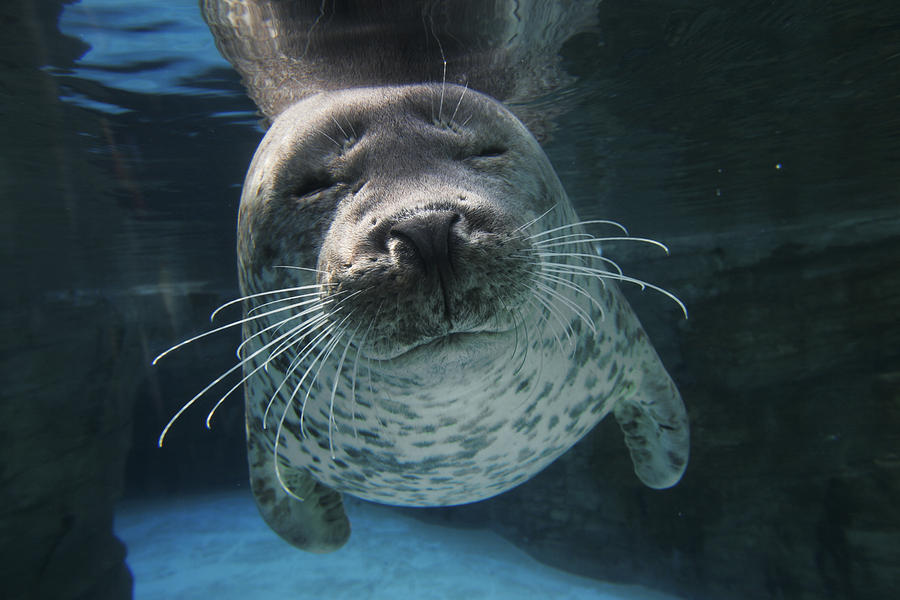 Compared to other seals,the maculated one has intermediate dimensions,with adult specimens of both sexes that generally weigh 81-109 kg and measure 150-210 cm in length,roughly the size of a common seal or a banded seal.The head of the spotted seal is round,with a thin snout that resembles that of a dog. The maculata seal has a relatively small body and short rear tailings that push the animal when it is in the water,while the small front slats act as rudders.The thick coat varies in color from silver to gray and white and is characterized by dark irregular spots that stand out clearly against a lighter background and completely cover the body.Males and females differ very little in terms of shape and size.In places where the range of this species overlaps with that of the common seal,as in the Bay of Bristol,Alaska,it is often mistaken for the latter.Like the common seal,even the maculated one has 34 teeth