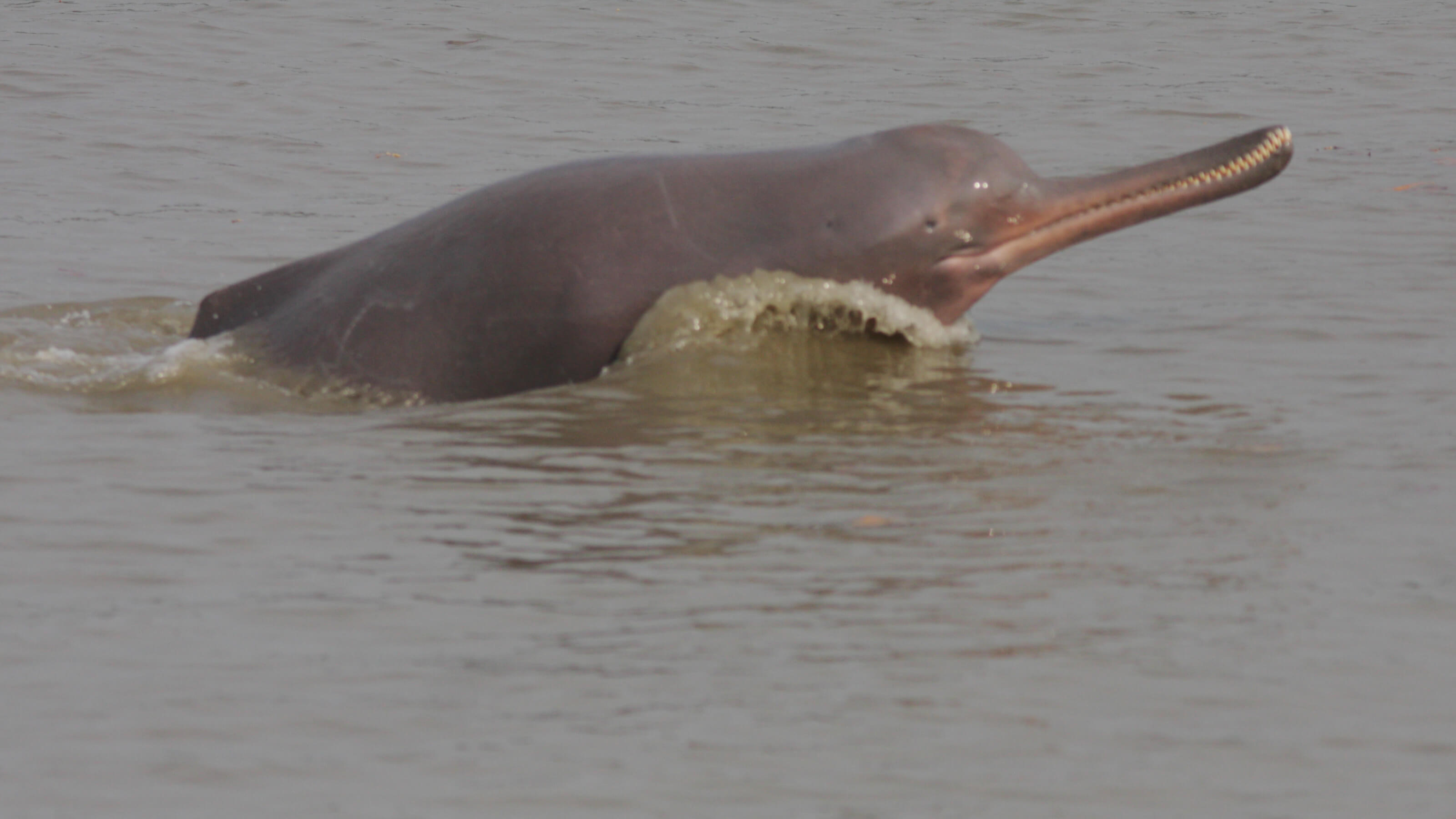 The Ganges river dolphin (Platanista gangetica) is a species of toothed whale classified in the family Platanistidae. It lives in the Ganges and related rivers of South Asia, namely in the countries of India, Nepal, and Bangladesh. It is related to the much smaller Indus river dolphin which lives in the Indus River in Pakistan and the Beas River of northwestern India. It is also known by the name susu (popular name) or "Sisu" (Assamese language) and shushuk (Bengali). The Ganges river dolphin has been recognized by the government of India as its National Aquatic Animal and is the official animal of the Indian city of Guwahati. Its first occurrence, within the Hooghly River, was documented by William Roxburgh. The Ganges river dolphin split from the Indus river dolphin during the Pleistocene, around 550,000 years ago. This species and the Indus river dolphin, were initially classified as a single species, Platanista gangetica, but in the 1970s both were split into distinct species. However, in the 1990s, both species were again grouped as a single species. However, more recent studies of genes, divergence time, and skull structure support both being distinct species. The earliest fossil identified as belonging to the species is only 12,000 years old. It lives along the Ganges-Brahmaputra-Meghna and Karnaphuli-Sangu river systems of Bangladesh and India, and the Sapta Koshi and Karnali Rivers in Nepal. The Ganges river dolphin favours deep pools, eddy countercurrents located downstream of the convergence of rivers and of sharp meanders, and upstream and downstream of midchannel islands. The Ganges river dolphin has a rectangular, ridgelike dorsal fin and females tend to be larger than males. Ganges river dolphins usually are tan, chocolate brown or light blue. They have an elongated, slender snout with sharp and very pointed teeth, similar to most river dolphins. The river dolphin has a rounded belly which, combined with their rectangular dorsal fin, makes them look particularly stocky in build compared to other dolphins. Their flippers and tail flukes are large and broad. They have a large melon head used for echolocation, because they cannot see well. Their eyes are usually small due to the cloudy water. Ganges river dolphins are usually 2.2-2.6 meters long (7-8 ft). The oldest recorded animal was a 28-year-old male, 199 cm in length, although they are estimated to live up to 30 years old.