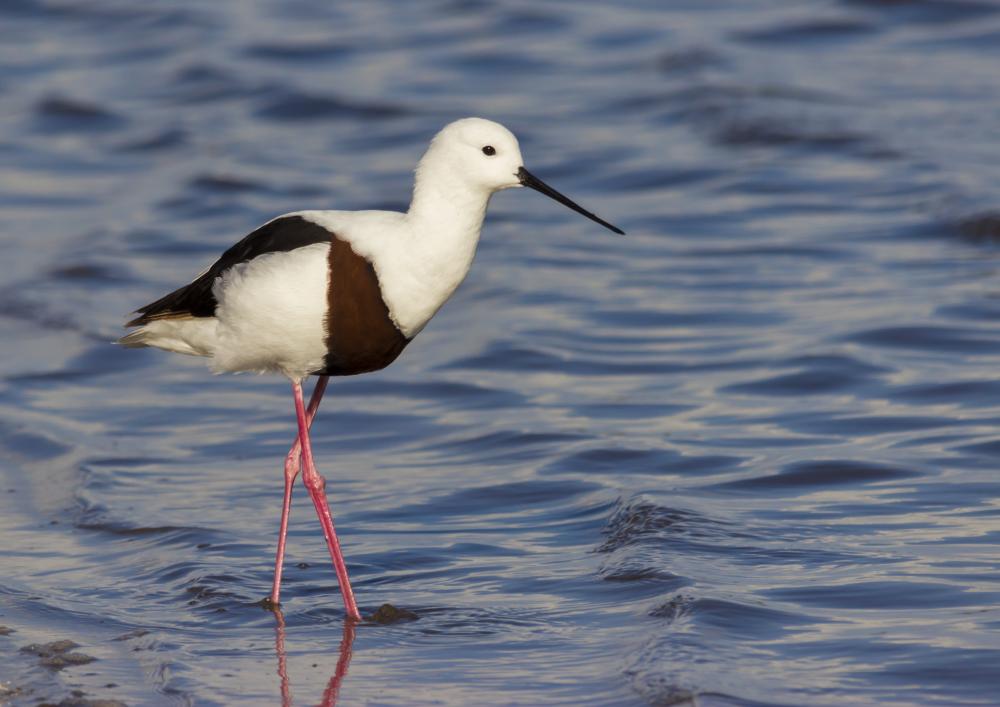 The banded stilt is 45–53 cm (18–21 in) long and weighs 220–260 g (7.8–9.2 oz),with a wingspan of 55–68 cm (22–27 in).Adults in breeding plumage are predominantly white with black wings and a broad well-demarcated u-shaped chestnut band across the breast.The central part of the base of the upper tail is tinted a pale grey-brown.The slender bill is black,relatively straight,and twice as long as the head.The irises are dark brown and the legs and feet are a dark red-pink.The wings are long and slim and have eleven primary flight feathers,with the tenth being the longest.In flight,the wings are mostly black when seen from above,but have a white trailing edge from the tips of the inner primaries.From underneath,the wings are predominantly white with dark tips.White feathers on the head and neck have pale grey bases,which are normally hidden.Non-breeding plumage is similar,but the chest band is less distinct and often diluted to an ashy brown or mottled with white.The legs are a paler- or orange-pink.There is no difference in plumage between the sexes,nor has any geographic variation been recorded