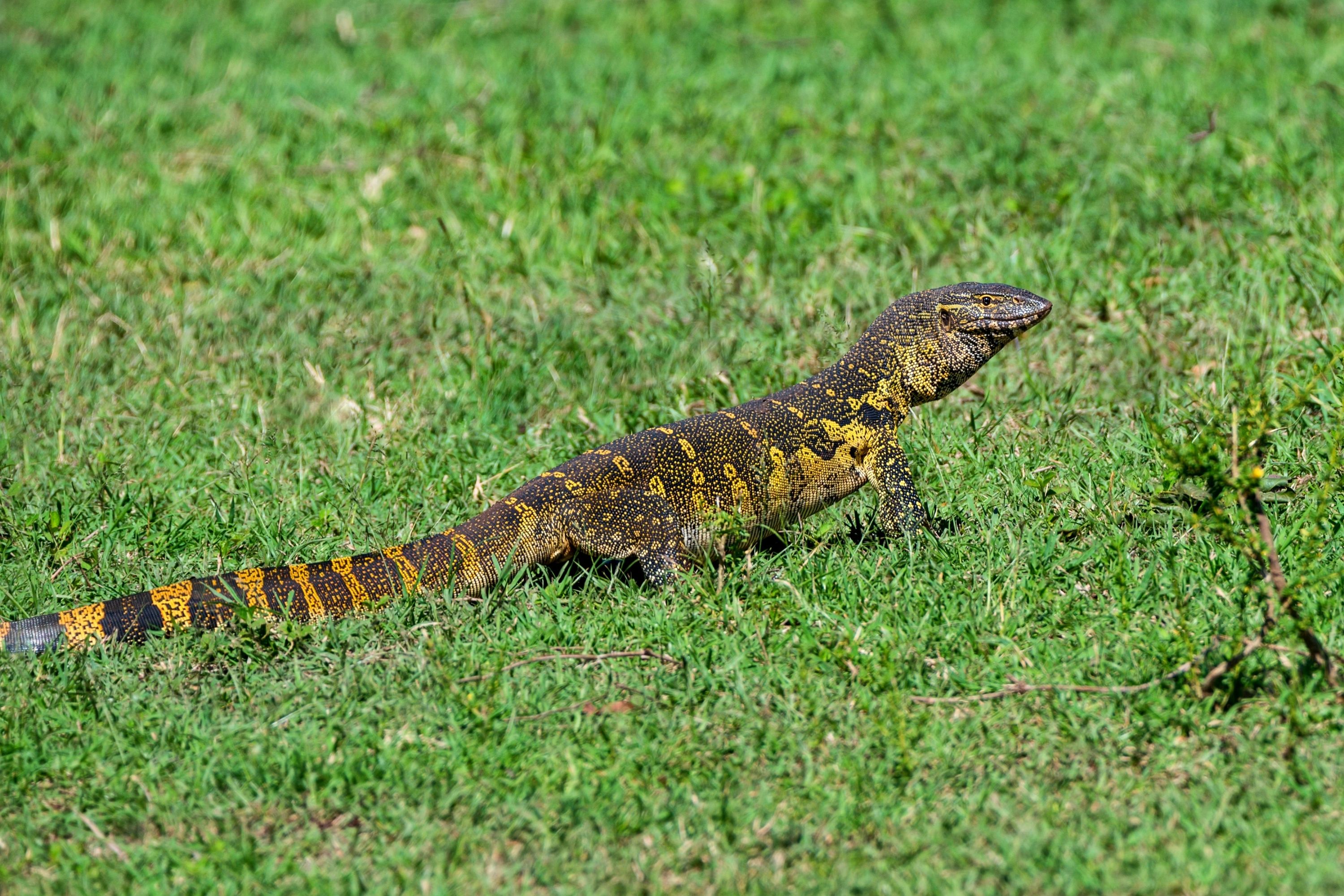 The Nile monitor (Varanus niloticus) is a large member of the monitor family (Varanidae) found throughout most of Sub-Saharan Africa and along the Nile. The population in West African forests and savannahs is sometimes recognized as a separate species, the West African Nile monitor (V. stellatus).It is one of the largest lizards in the world reaching and even surpassing the perentie by size. Other common names include the African small-grain lizard, as well as iguana and various forms derived from it,such as guana, water leguaan or river leguaan (leguan, leguaan, and likkewaan mean monitor lizard in South African English, and can be used interchangeably), The Nile monitor is Africa's longest lizard.They grow from about 120 to 220 cm (3 ft 11 in to 7 ft 3 in) in length, with the largest specimens attaining 244 cm (8 ft). In an average-sized specimen, the snout-to-vent length will be around 50 cm (1 ft 8 in).In body mass, adults have been reported to vary widely, one study claiming only 0.8 to 1.7 kg (1.8 to 3.7 lb), others state weights ranging from 5.9 to 15 kg (13 to 33 lb) in big monitors. Variations may be due to age or environmental conditions.Exceptionally large specimens may scale as much as 20 kg (44 lb), but this species weighs somewhat less on average than the bulkier rock monitor.They have muscular bodies, strong legs, and powerful jaws. Their teeth are sharp and pointed in juvenile animals and become blunt and peg-like in adults. They also possess sharp claws used for climbing, digging, defense, or tearing at their prey. Like all monitors, they have forked tongues, with highly developed olfactory properties. The Nile monitor has quite striking, but variable, skin patterns, as they are greyish-brown above with greenish-yellow barring on the tail and large, greenish-yellow rosette-like spots on their backs with a blackish tiny spot in the middle. Their throats and undersides are an ochre-yellow to a creamy-yellow, often with faint barring. Their nostrils are placed high on their snouts, indicating these animals are very well adapted for an aquatic lifestyle. They are also excellent climbers and quick runners on land. Nile monitors feed on a wide variety of prey items, including fish, frogs, toads (even poisonous ones of the genera Breviceps and Sclerophrys), rodents,small reptiles and birds, eggs, invertebrates, and carrion. 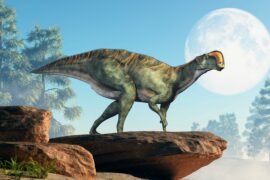 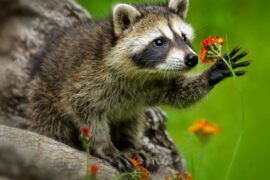 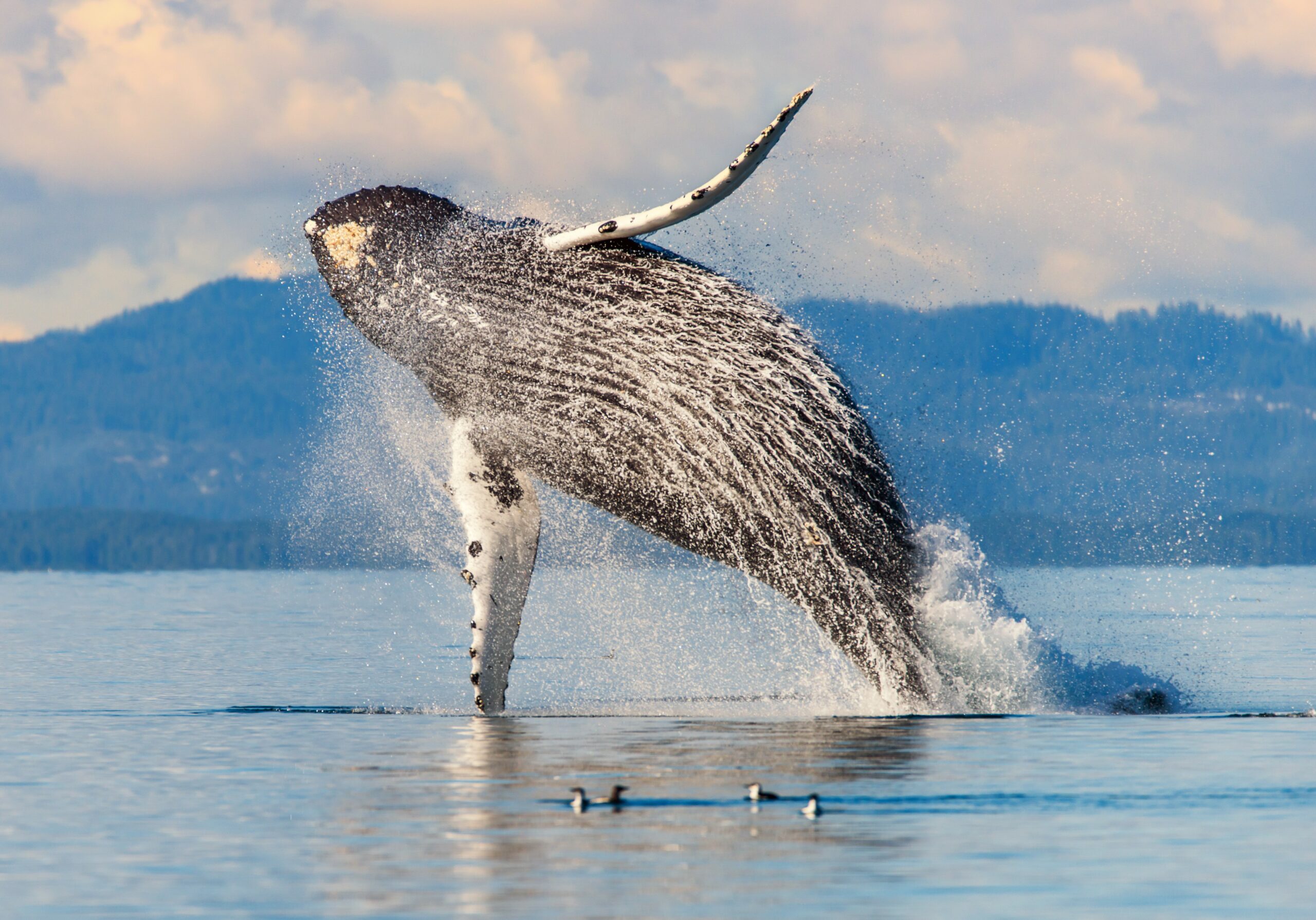 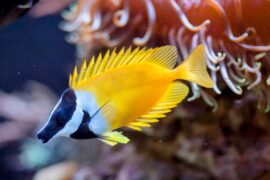 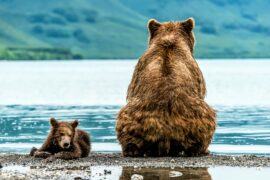