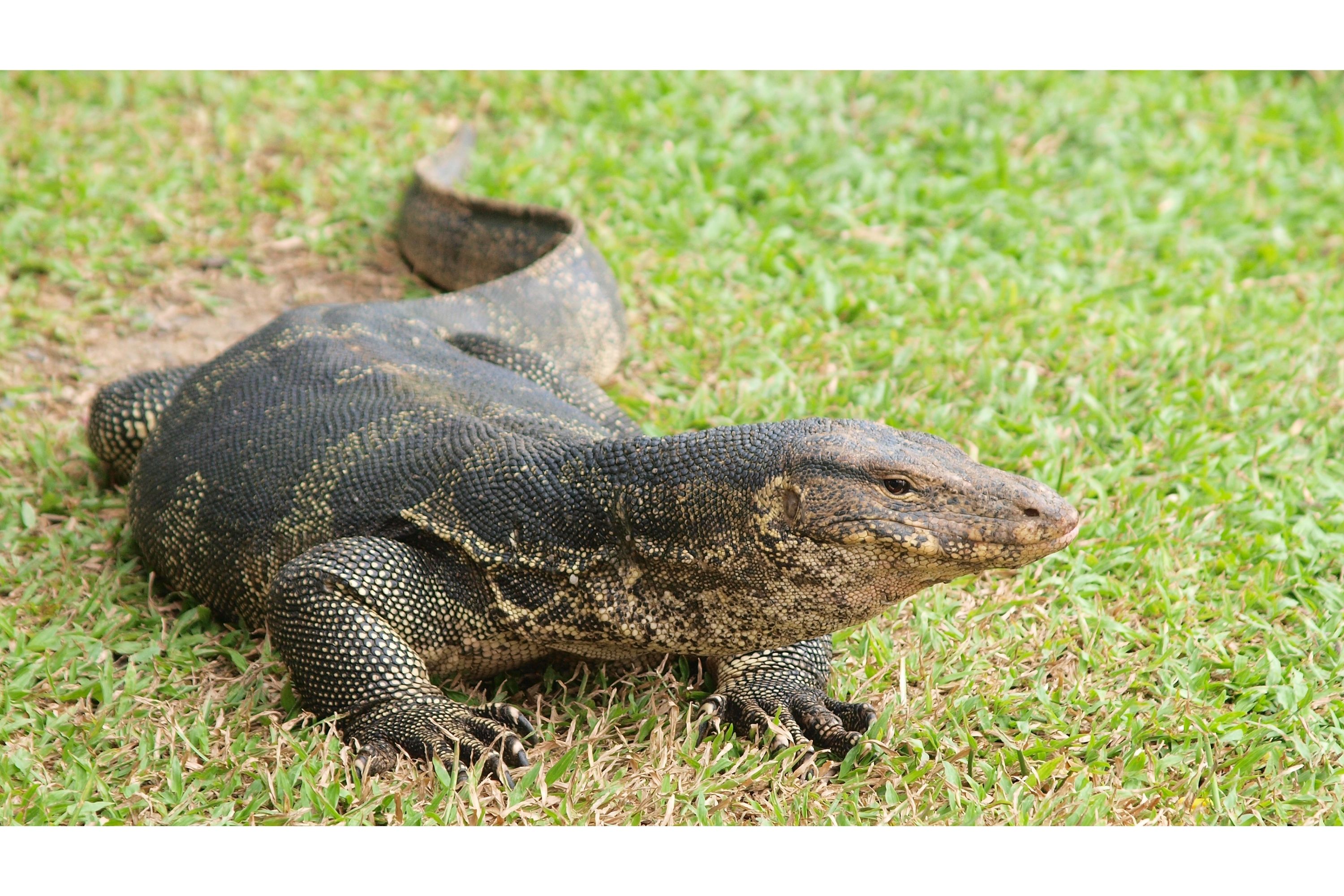 Varanus salvadorii, also known as the crocodile monitor, Papua(n) monitor, Salvadori's monitor, and artellia, is a species of monitor lizard endemic to New Guinea. It is the largest monitor lizard known from New Guinea, and is one of the longest lizards in the world, verified at up to 244 cm (8 ft). The tail of the species is exceptionally long, so some specimens have been claimed to exceed the length of the world's largest lizard, the Komodo dragon; however, V. salvadorii is far less massive. Varanus salvadorii is an arboreal lizard with a dark green body marked with bands of yellowish spots. It has a characteristic blunt snout and a very long tail. It lives in mangrove swamps and coastal rainforests in the southeastern part of the island, feeding on birds, small mammals, eggs, and carrion. Its teeth are better adapted than those of most monitors for seizing fast-moving prey. Like all monitors, V. salvadorii has anatomical features that enable it to breathe more easily when running than other lizards can, but it may have even greater stamina than most other monitor species. Little is known of its reproduction and development, as the species is difficult to breed in captivity. V. salvadorii is threatened by deforestation and poaching, and is protected by the CITES agreement. The lizard is hunted and skinned alive by tribesmen to make drums, who describe the monitor as an evil spirit that "climbs trees, walks upright, breathes fire, and kills men", yet the tribesmen maintain that the monitor gives warnings if crocodiles are nearby. The largest of the seven species of monitors found on the island of New Guinea, V. salvadorii occurs in both the state Papua New Guinea and the Indonesian region of West Papua. It inhabits the high and low canopies of the lowland rainforests and coastal mangrove swamps, sometimes venturing out of these areas during floods in the rainy seasons. No detailed field investigation data are available for V. salvadorii, so the full extent of its range is unknown.Its remote and generally inaccessible habitat is an obstacle to detailed study of this monitor in its natural habitat. The most characteristic feature of V. salvadorii is its blunt, bulbous snout, which makes it look different from every other monitor on New Guinea, and suggested the common name "tree crocodile." The body of the lizard is dark green with rings of yellow spots.