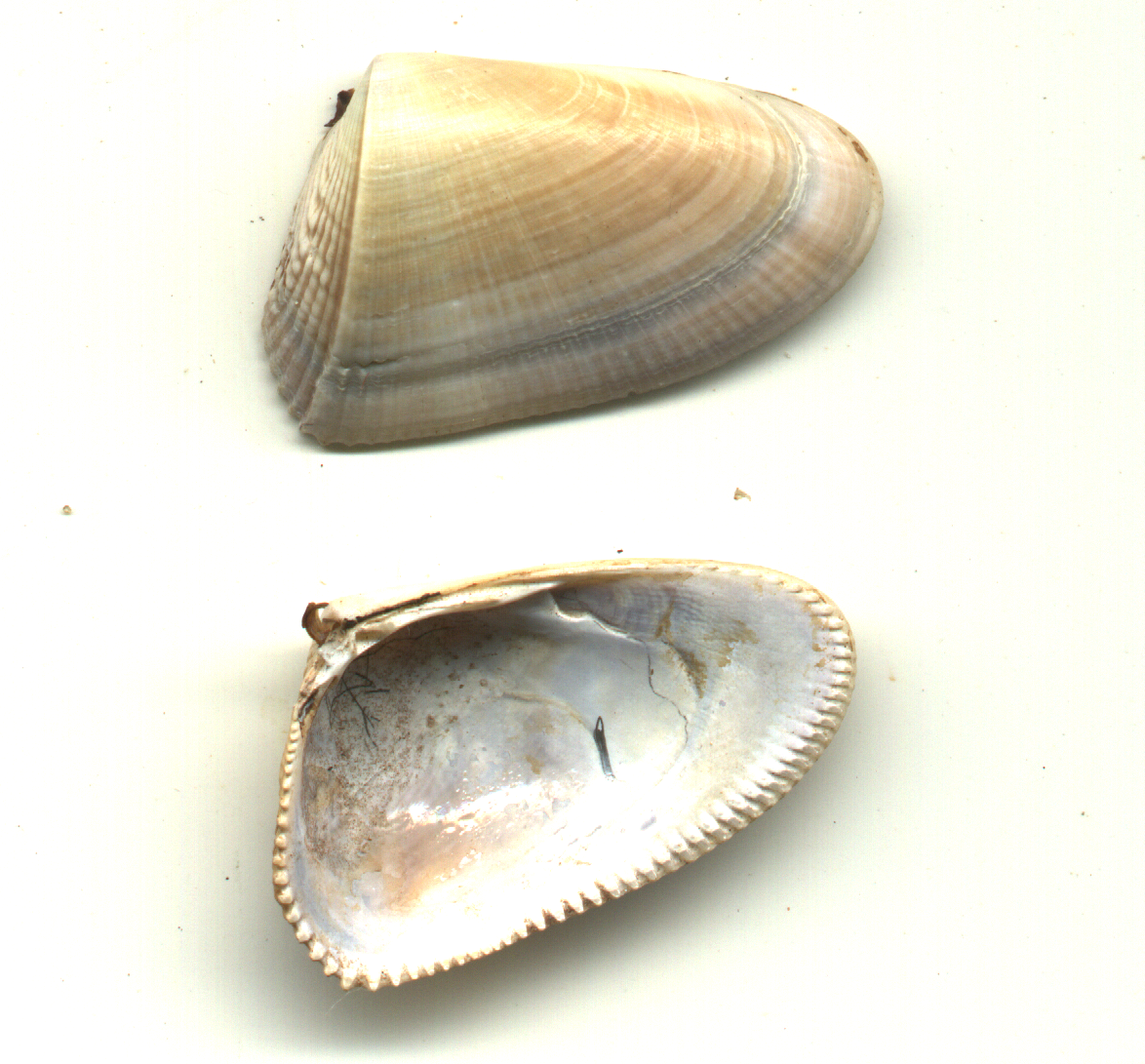 Donax hanleyanus, common name the wedge clam (in Argentina and Uruguay known as: berberecho; in Brazil (at least in Rio de Janeiro state) known as: sarnambi), is a marine bivalve mollusk species in the family Donacidae, the bean clams or wedge shells. It is widely distributed throughout the sandy beaches of the Atlantic coast of South America, from Brazil to Argentina. Donax is a genus of small, edible saltwater clams, marine bivalve molluscs. The genus is sometimes known as bean clams or wedge shells; however, Donax species have numerous different common names in different parts of the world. In the southeastern US they are known as "coquina", a word that is also used for the hard limestone concretions of their shells and those of other marine organisms. Species of Donax live, sometimes in high concentrations, vertically aligned in the sand on exposed beaches, on tropical and temperate coasts worldwide. When the waves wash these small clams out of the sand, they can dig back in again quite rapidly. They are filter feeders. Some species, such as Donax variabilis, migrate vertically and horizontally with changes in the tides. These coquina clams are found extensively on the east coast beaches of Trinidad (Mayaro) and widely available in Venezuela. They are called "Chip Chip" in Trinidad & Tobago and "Chipi Chipi" in Venezuela.