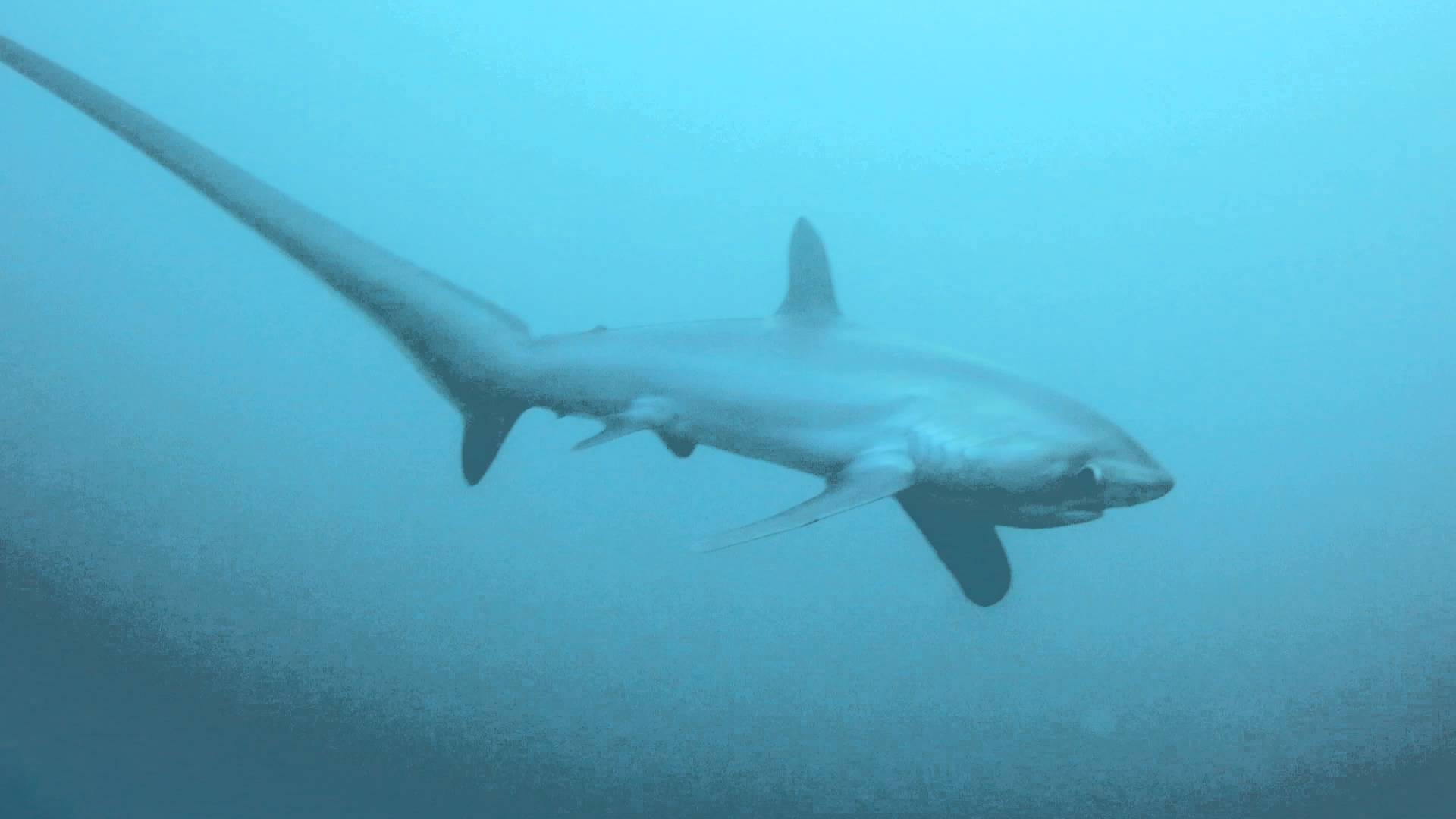 The pelagic thresher (Alopias pelagicus) is a species of thresher shark,family Alopiidae;this group of sharks is characterized by the greatly elongated upper lobes of their caudal fins.The pelagic thresher occurs in the tropical and subtropical waters of the Indian and Pacific Oceans,usually far from shore,but occasionally entering coastal habitats.It is often confused with the common thresher (A.vulpinus),even in professional publications,but can be distinguished by the dark,rather than white,color over the bases of its pectoral fins.The smallest of the three thresher species,the pelagic thresher typically measures 3 m (10 ft) long.The diet of the pelagic thresher consists mainly of small midwater fishes,which are stunned with whip-like strikes of its tail.Along with all other mackerel sharks,the pelagic thresher exhibits ovoviviparity and usually gives birth to litters of two.The developing embryos are oophagous,feeding on unfertilized eggs produced by the mother.The young are born unusually large,up to 43% the length of the mother.Pelagic threshers are valued by commercial fisheries for their meat,skin,liver oil,and fins,and are also pursued by sport fishers.The International Union for Conservation of Nature assessed this species as vulnerable in 2007.