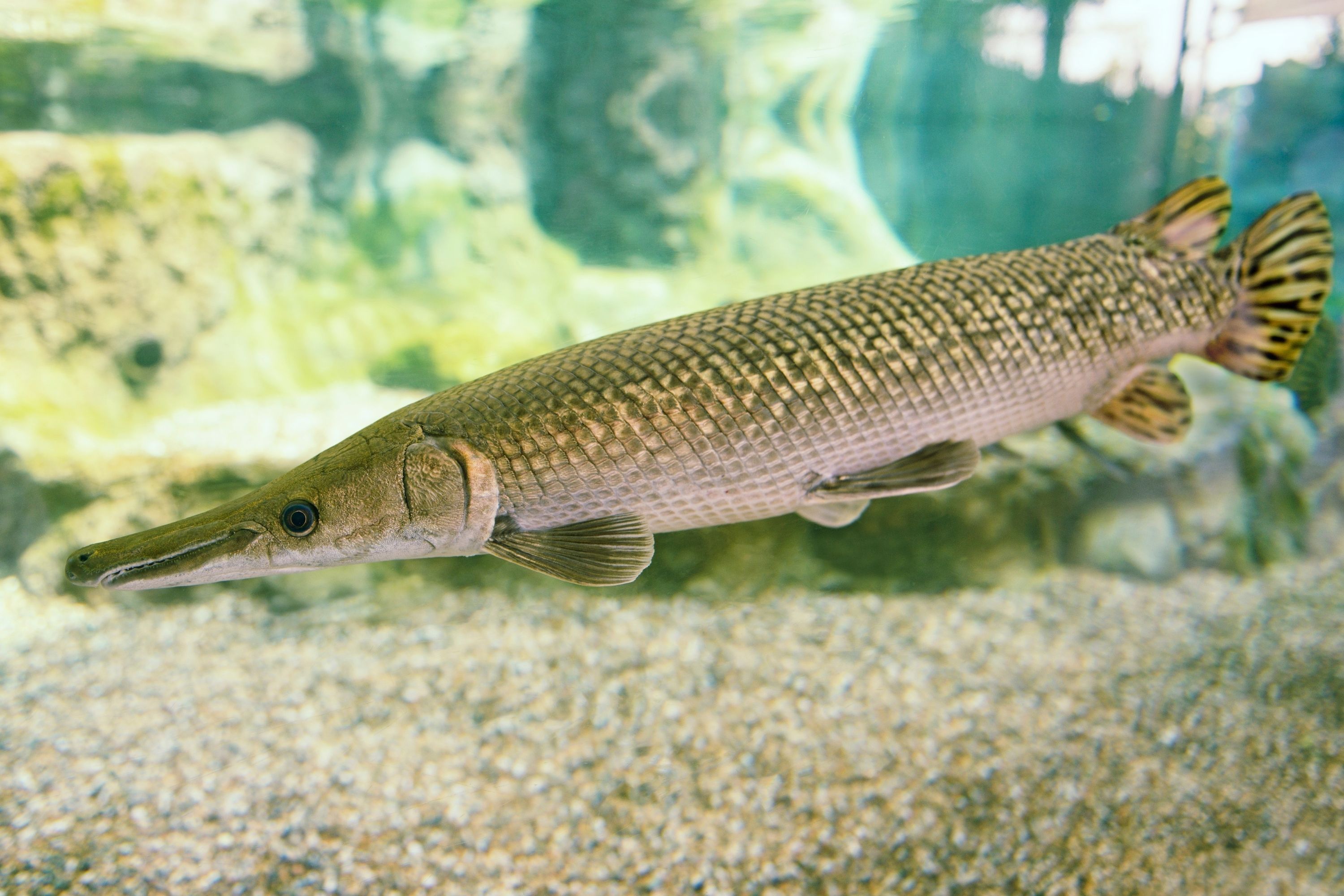 The alligator gar (Atractosteus spatula) is a ray-finned euryhaline fish related to the bowfin in the infraclass Holostei /hoʊˈlɒstiaɪ/. It is the largest species in the gar family, and among the largest freshwater fish in North America. The fossil record traces its group's existence back to the Early Cretaceous over 100 million years ago. Gars are often referred to as "primitive fishes", or "living fossils" because they have retained some morphological characteristics of their early ancestors, such as a spiral valve intestine, which is also common to the digestive system of sharks, and the ability to breathe both air and water. Their common name was derived from their resemblance to the American alligator, particularly their broad snouts and long, sharp teeth. Anecdotal evidence suggests that an alligator gar can grow up to 10 ft (3.0 m) in length. The body of an alligator gar is torpedo-shaped, usually brown or olive, fading to a lighter gray or yellow ventral surface. In very rare occurrences, they can also be black, seen in gars that have a high level of melanin. Their scales are not like the scales of other fishes; rather, they are ganoid scales, which are bone-like, rhomboidal-shaped scales, often with serrated edges, and covered by an enamel-like substance. Ganoid scales are nearly impenetrable and are excellent protection against predation. Unlike other gar species, the upper jaw of an alligator gar has a dual row of large, sharp teeth that are used to impale and hold prey. Alligator gar are stalking, ambush predators, primarily piscivores, but they also ambush and eat waterfowl and small mammals they find floating on the water's surface. Populations of alligator gar have been extirpated from much of their historic range as a result of habitat destruction, indiscriminate culling, and unrestricted harvests. Populations are now located primarily in the southern portions of the United States extending into Mexico. They are considered euryhaline because they can adapt to varying salinities ranging from freshwater lakes and swamps to brackish marshes, estuaries, and bays along the Gulf of Mexico. For nearly a half century, alligator gar were considered "trash fish", or a "nuisance species" detrimental to sport fisheries, and were targeted for elimination by state and federal authorities in the United States.