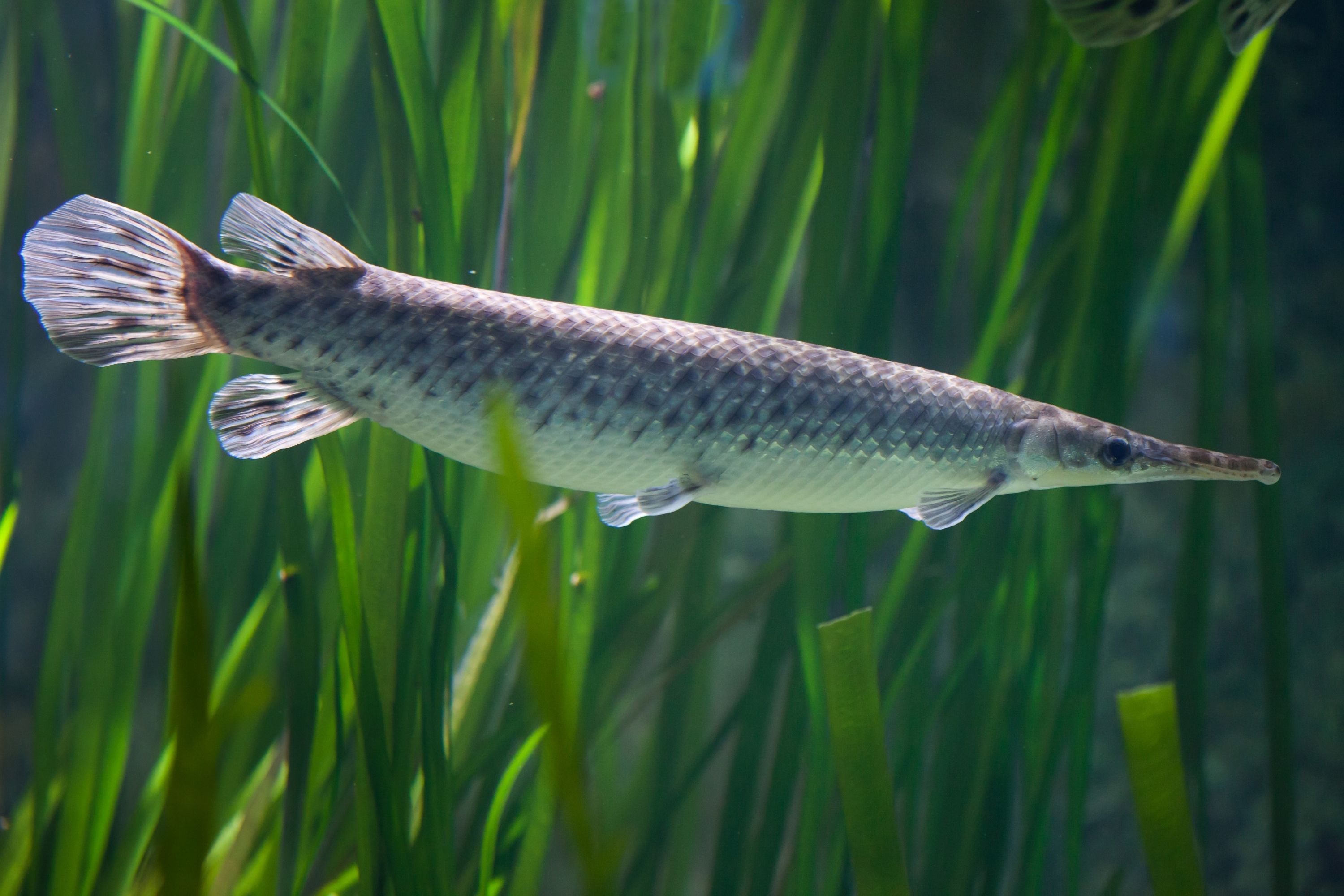 The spotted gar (Lepisosteus oculatus) is a freshwater fish native to North America that has an abundance of dark spots on its head, fins, and dart-like body. Spotted gar have an elongated mouth with many needle-like teeth to catch other fish and crustaceans. It is one of the smallest of the seven species of gar found in North America, growing 2-3 ft (0.61-0.91 m) in length and weighing 4-6 lb (1.8-2.7 kg) typically. Gars have diamond-shaped, thick, enamel (ganoid) scales. The name Lepisosteus is Greek for "bony scale". Gars are almost never eaten in the central and northern United States. They have high levels of mercury and are considered a cancer risk. The spotted gar is native to North America and its current range is from southern Ontario to the west from the Devils River in Texas east to the northern coast of the Gulf of Mexico and southeast to the lower Apalachicola River in Florida. The gar population is small in the north and is being threatened in Lake Erie by the destruction of their habitat and pollution. The gar is more common in the southern waters like the Mississippi River basin from southern Minnesota to Alabama and western Florida. Historical records indicate the spotted gar resided in the Thames and Sydenham Rivers in Ontario, Canada. Also, the fish was once common in Illinois in the Green and Illinois Rivers to the swamps in Union County; though sporadic, the population has dwindled in these water systems because of the loss of specific habitat they need to live, clear pools with aquatic vegetation. Habitats for spotted gar are clear, slow-moving, shallow waters of creeks, rivers, and lakes. It occasionally enters brackish or more salty waters. In response to the low oxygen levels created by slow-moving water, the gars have developed the ability to gulp air and send it to a primitive lung called a gas bladder. In one study, most spotted gar were shoreline oriented, preferred submerged branches as cover, and avoided areas of exposed bank. During a flood pulse, a floodplain provides habitat for spawning and nursery habitat for gar eggs. The spotted gar is a voracious predator. Its sharp-toothed beak is very effective at catching fast moving prey. A diet study of the spotted gar reported the diet of a spotted gar consists of four species of fish; golden topminnow, warmouth, bluegill, and spotted sunfish, which adds to 18.1% of total food volume in the stomach, while 57.5% of the stomach content was shrimp.