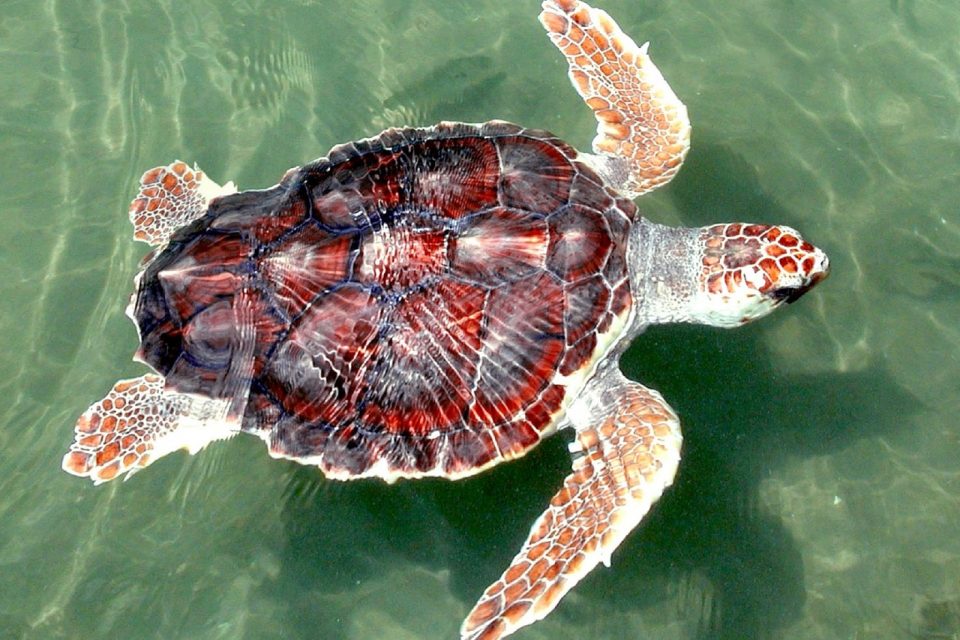 Reptiles first walked the earth about 300 million years ago and have since diversified into over 10,000 extant (living) species. These animals live on six continents on earth, in a variety of bizarre and unique locations. Lizards, snakes, crocodiles, and caimans are all reptiles – but are turtles reptiles?

All turtles have a few things in common. First, they evolved during the Middle Jurrasic period about 160 million years ago. Additionally, they also all have a ‘shell’ of some kind. For some turtles, this is a classic hard, bony shell and for others, this is a relatively soft shell.

Secondly, let’s clarify some terminology. What exactly is a turtle? Turtles all fall into the order Testudines. They are on the same level of biological classification as marsupials (kangaroos, opossums), carnivores (wolves, hyenas), and cetaceans (whales, dolphins). All turtles fit into one of two suborders: cryptodirans or pleurodirans. The distinction lies in the manner that each suborder covers their head and neck. The former simply pulls their head straight back into the shell. The latter need to turn their head to the side to retract it into the shell. 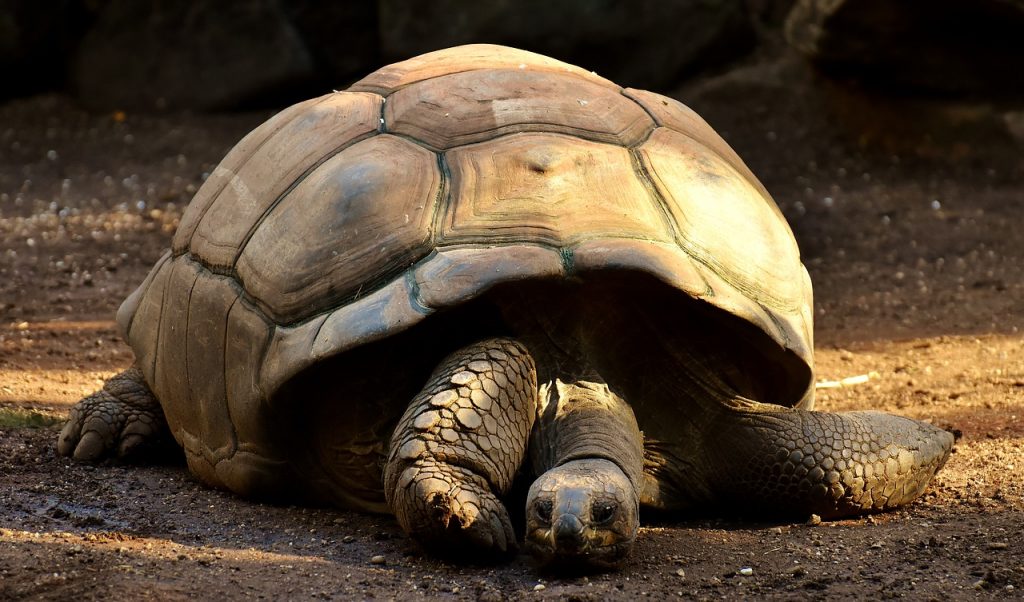 From there, 14 families of Testudines exist today. Let’s take a look at some of the more well-known examples. 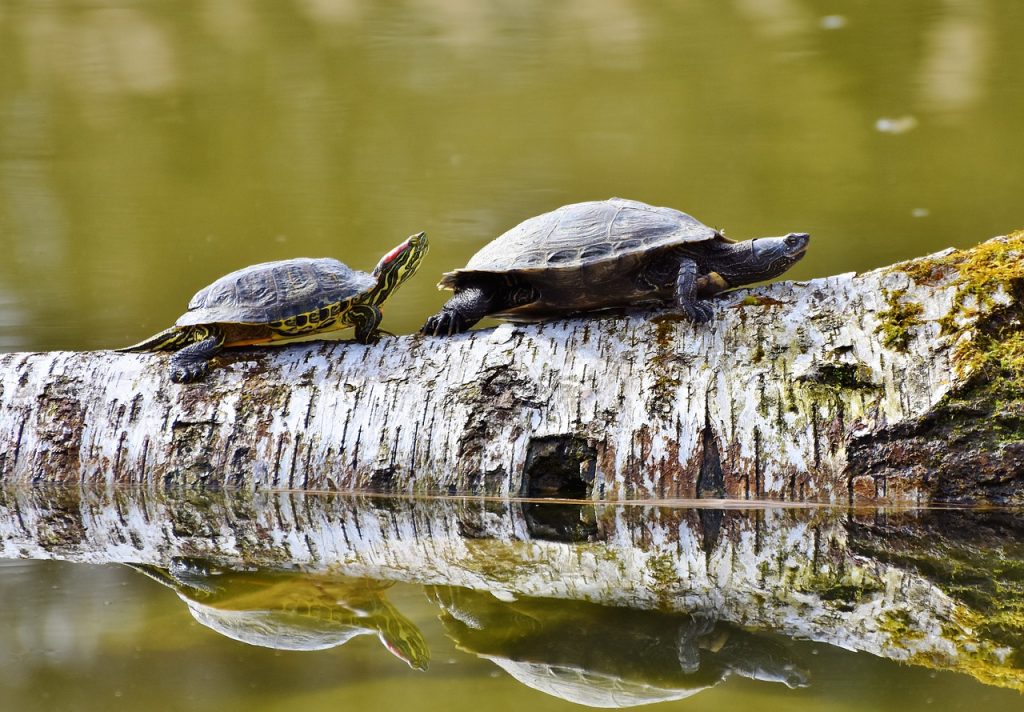 Now that we understand where turtles fall in terms of biological classification, let’s turn to reptiles. During the carboniferous period roughly 300 million years ago, the first pseudo-reptiles called reptiliomorphs evolved on earth. This group of organisms slowly adapted to living on dry land, as opposed to partially in water like their ancestors, the amphibians.

Reptiles are all marked by a few specific features. Let’s take a look. 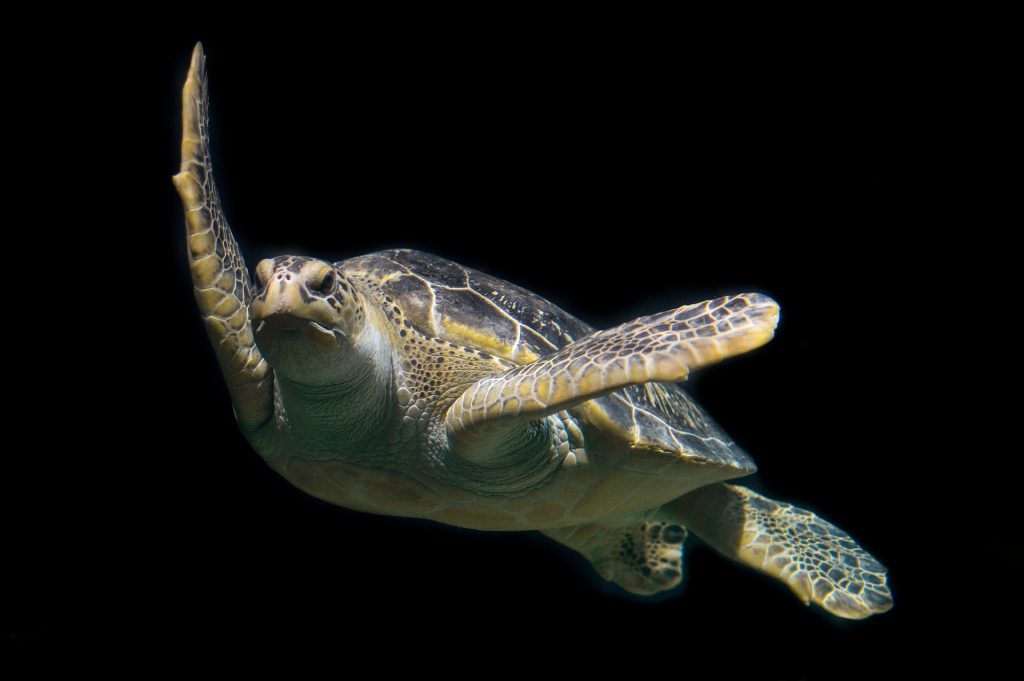 All turtles are reptiles! In fact, turtles are some of the oldest reptiles still living on planet earth. They evolved around 220 million years ago – only 80 million years after the very first reptiles. Turtles make up a unique order in that their habitats vary widely. Some turtles, like the green turtle (Chelonia mydas), have been shown to migrate over 3979 kilometers (2500 miles) across open ocean! Other turtles, like the Aldabra giant tortoise (Aldabrachelys gigantea) live their entire lives almost exclusively on land.

Turtles are part of a unique group of animals that are survivors – species and families that have stood the test of time. Not many other organisms that are complex as turtles have been around for as long. But current trends in pollution, habitat destruction, and irresponsible land use continue to put these and other animals at risk. Almost every species of turtle is listed as endangered by the World Wildlife Foundation. Consider contributing to organizations that help protect the habitat and resources necessary for turtles to fight for their survival.