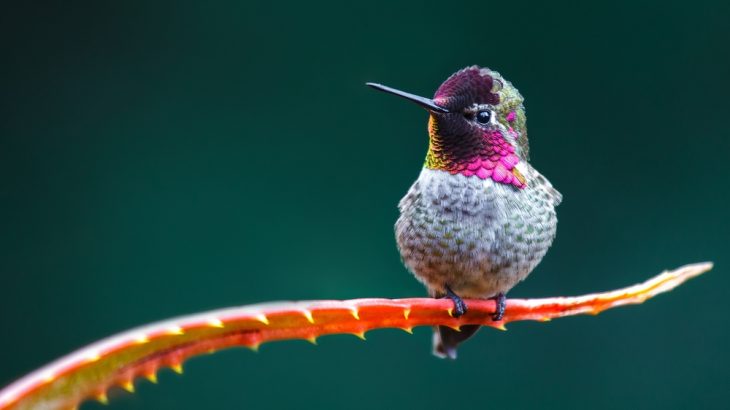 Hummingbirds are welcome visitors to the garden, but in some places, they seem to disappear for part of the year. In the Northern United States, they zip from flower to flower in the warm, summer months and then vanish come winter. Birds usually don’t stick around when it’s cold, unlike hibernating mammals such as bears and some squirrels. Hummingbirds, who rely on sugary nectar for energy, wouldn’t have many food options when plants are dormant and flowers are scarce. Instead of waiting out the winter, hummingbirds simply pack up and move. But where do they go? How far can they travel? This article will answer those questions and more, so keep reading to learn all about how hummingbirds migrate! 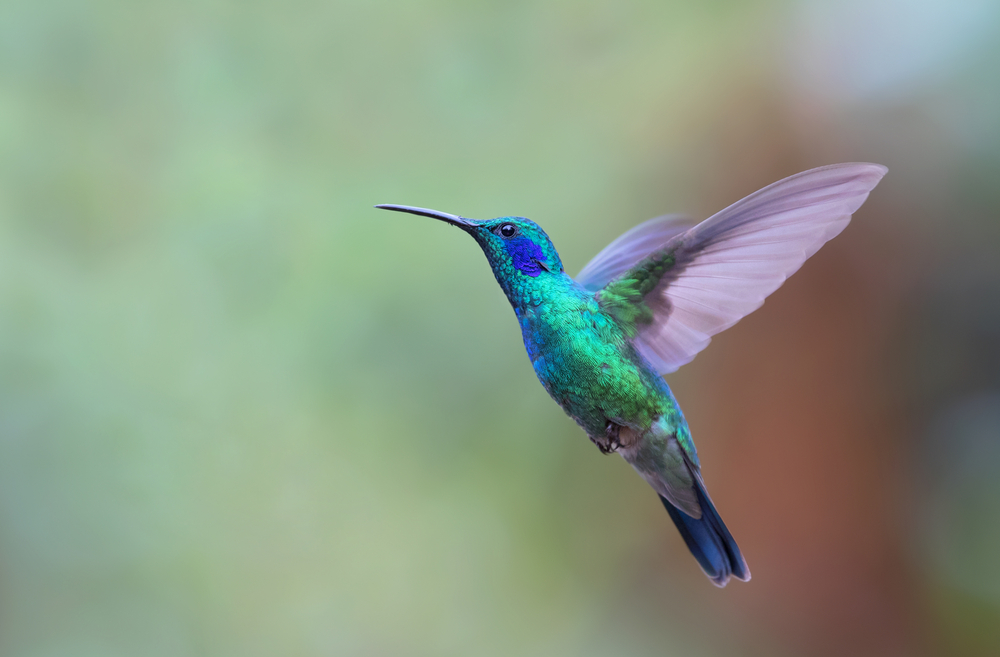 Before we dive into the specifics of hummingbird migration, let’s define the behavior, to begin with. Migration is the seasonal movement of animals from one place to another. Many animals migrate, not just birds. One of the most famous of the world’s animal migrations is the seasonal movement of caribou across the arctic tundra. Even some insects migrate, like monarch butterflies, whose multi-generational migration across continents is a wonder in its own right.

Birds have some of the most spectacular migration patterns and travel some of the largest distances. The seasonal movement of birds is a familiar concept, especially in the temperate Northern Hemisphere. The arrival of songbirds in the spring is a welcome sign that warmer days are ahead, and hummingbirds are no exception. 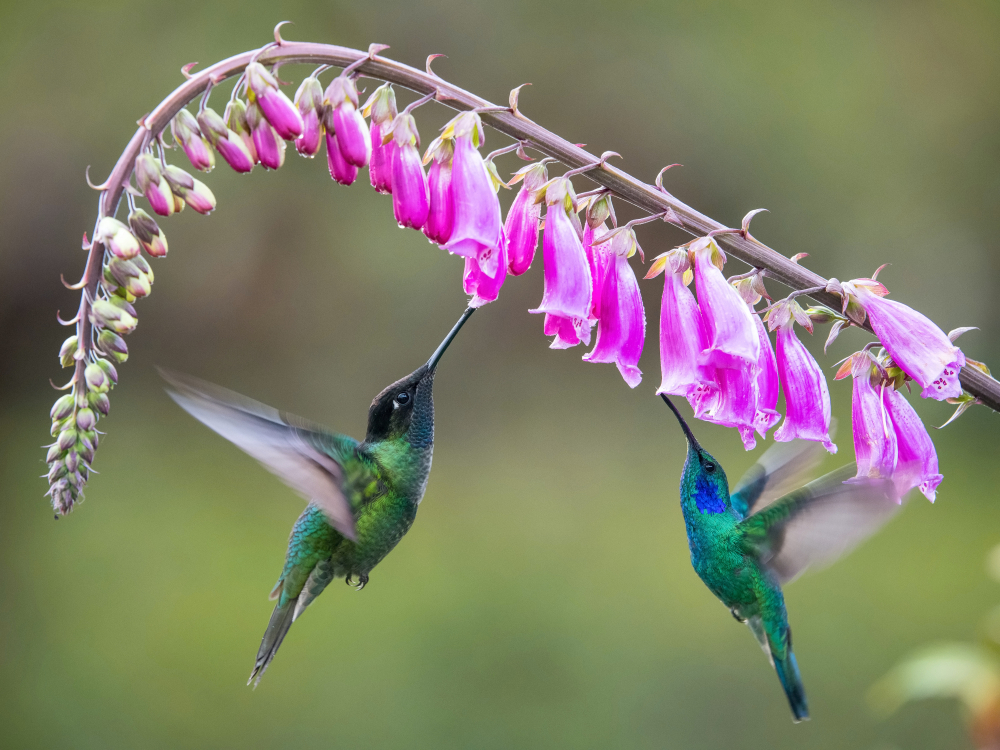 Hummingbirds are famous for their extremely high metabolism. Their hearts can beat up to 20 times a second, and their wings can flap 60 times per second! This incredibly rapid movement requires a ton of energy, so hummingbirds need to feed almost constantly. Before migrating, hummingbirds take eating to the next level. They gorge themselves as much as possible and can gain up to 40% of their body weight. They do this in order to put on some much-needed weight and have some energy reserves for the long trip south. 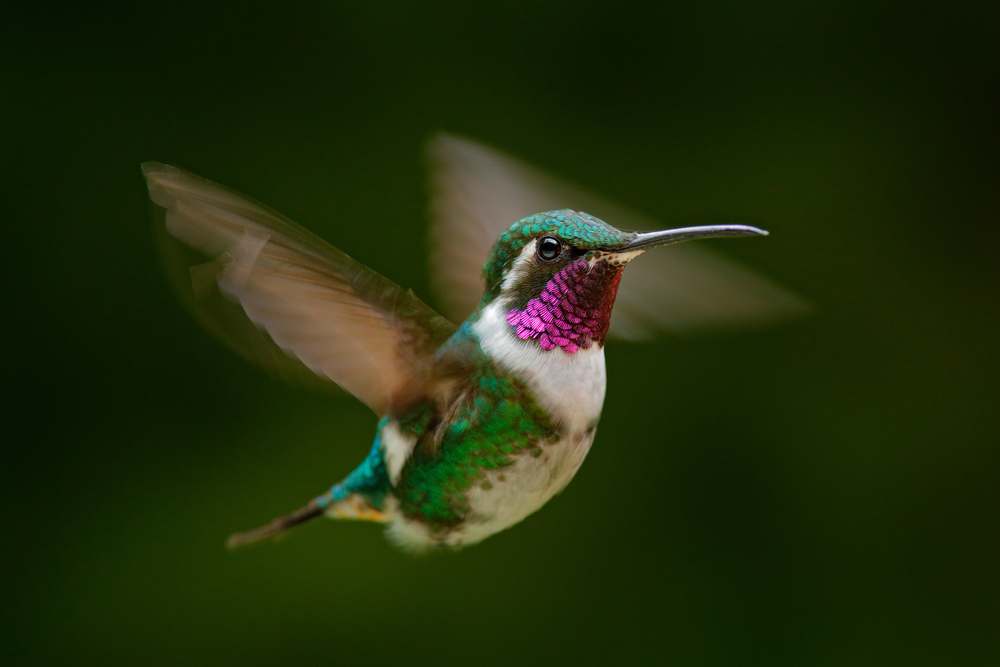 A hummingbird may have spent the summer raising chicks with a mate or in a closely guarded territory with familiar neighbors. When it comes time to migrate, however, a hummingbird must go it alone. The bird often follows the exact same route it did in the past. Young hummingbirds undertaking their first migration also fly alone. They point their beaks south, guided by an innate sense of where to go and without any parental guidance.

Unlike other migratory birds that can ride thermal updrafts and fly high in the sky, hummingbirds stay close to the ground. They do so because they eat often, and so they need to visit flowers and catch small insects as opportunities arise. Hummingbirds like to use the wind to their advantage, catching tailwinds to make their trip less arduous.

In a single day, a hummingbird easily flies 20 miles. The most impressive day’s journey is that of the Ruby-throated Hummingbird, which can fly 500 miles over the Gulf of Mexico in a single day! For being such small birds, they can cover a great amount of distance. Flying such extreme distances is necessary in order to reach their wintering sites, as the days shorten more and more. After several weeks, hummingbirds finally reach their winter residence. At this point, the small bird has used up all of its fat reserves and is back to its normal weight, or less. 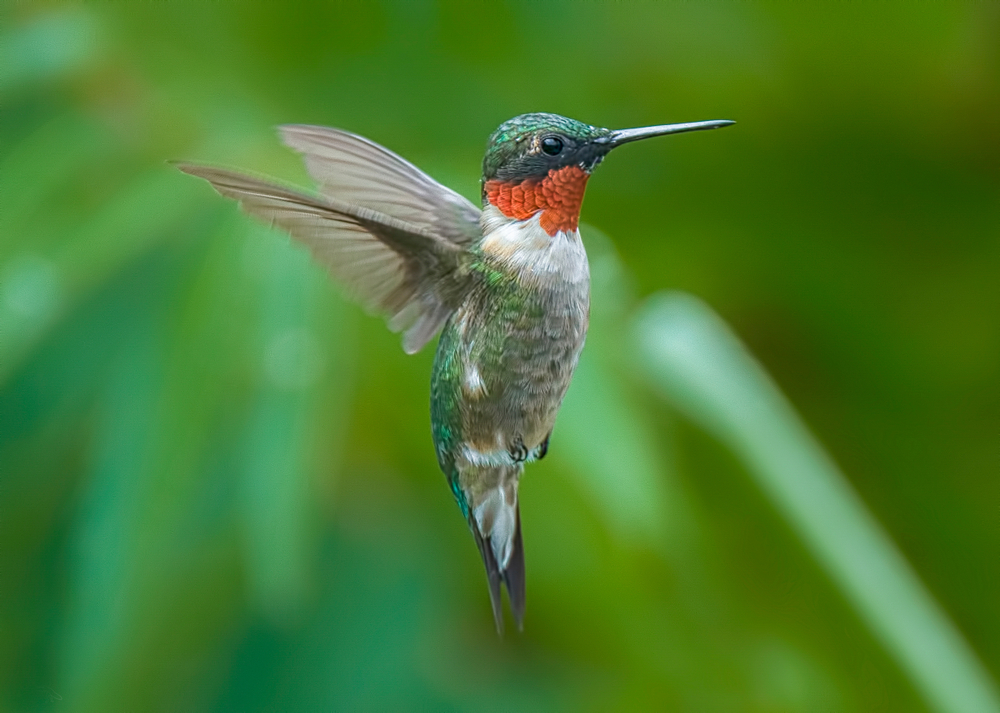 Where do the hummingbirds go, exactly? It depends both on the species of hummingbird and the individual. Many species end up in the Southern US or Northern Mexico, while others make it all the way to Central American countries like Costa Rica.

As stated before, Ruby-throated Hummingbirds have the most remarkable single-day journey. Their trip from the United States across the Gulf of Mexico leads to their over-wintering sites in Mexico or Central America. Certain individuals stay in the Southern United States, but these are probably the ones that travel all the way from Canada.

This species of hummingbird has one of the longest migrations. They leave their wintering grounds in Mexico and make their way up the Pacific coast towards Washington state. Then, come Fall, they move Eastward and travel down the Rocky Mountains back towards Mexico.

The Black-chinned Hummingbird is a common summer visitor in the Western United States. After breeding in the spring, they move towards higher elevations to feed on alpine flowers. In the Fall, they travel towards Mexico or the Gulf Coast of the United States.

Of course, there are many more species of hummingbirds with their own migration patterns. Regardless of species, if you notice the same type of hummingbird in your garden year after year, there is a good chance it’s the same exact individual. Many birds can remember their favorite sites with incredible accuracy, down to an individual garden. 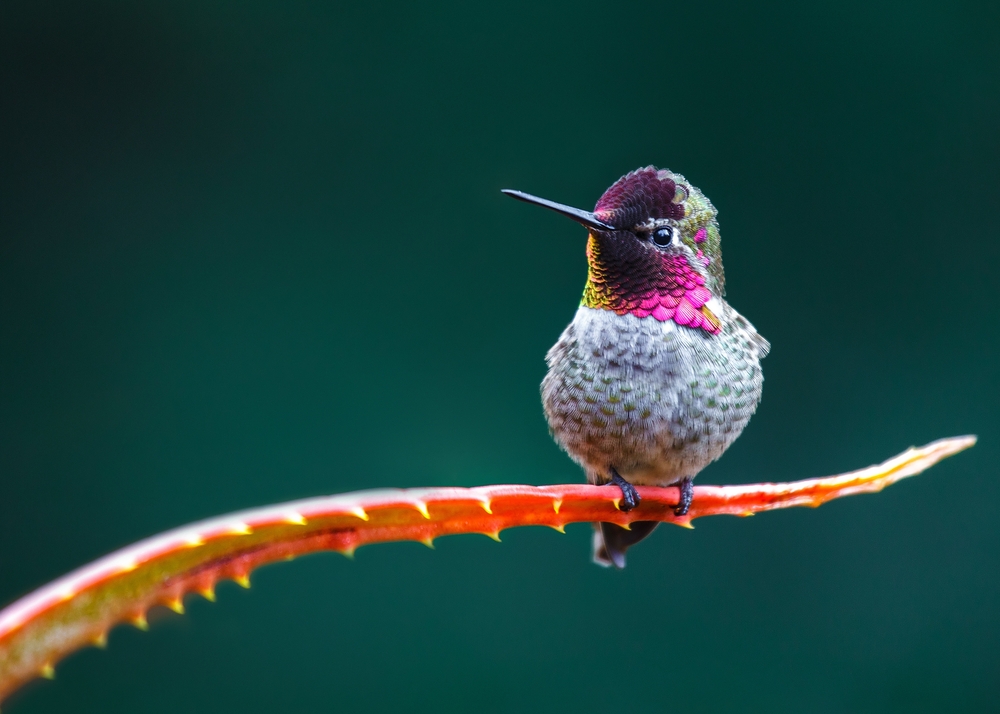 Do All Hummingbirds Migrate?

The short answer is no, not all hummingbirds migrate! The main exception is Anna’s Hummingbird, which lives on the West Coast of North America from Mexico to Southern Canada. While most other species do migrate, Anna’s Hummingbird doesn’t need to. There is usually enough food year-round for this species, especially now that invasive plants that flower during winter and hummingbird feeders are becoming more common.

For being such tiny birds, hummingbirds take huge journeys. Their migrations are one of the most remarkable of all bird migrations, considering their minuscule size and near-constant need for food. Next time you see a hummingbird in the garden, you can appreciate it a little bit more knowing the incredible journey it takes year after year.