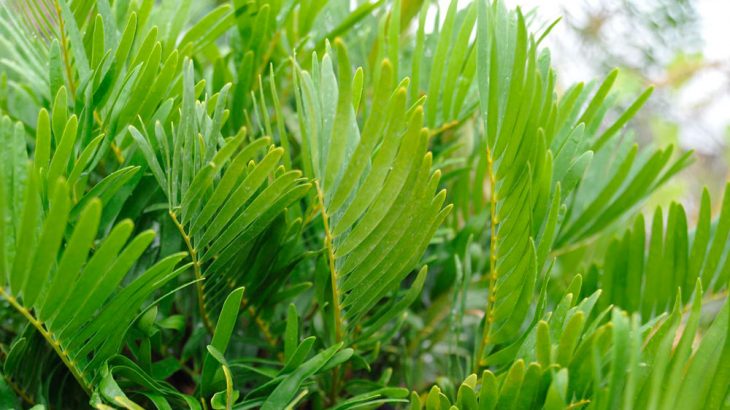 Florida is a state teeming with biodiversity. With the nickname “The Sunshine State,” Florida must have loads of sun-loving plant life – and indeed it does! Although there are thousands of plant species native to the state, a handful of them are quite characteristic and important parts of Florida ecosystems.

One could spend a lifetime learning how to identify all the plants in Florida. Luckily, we’ve created this quick guide to Florida plant identification for beginners. Below is how to identify several Florida palms, trees, shrubs, and more, in no particular order.

We’ll start with the most common Florida trees. These are common wild and roadside trees that are characteristically Floridian. 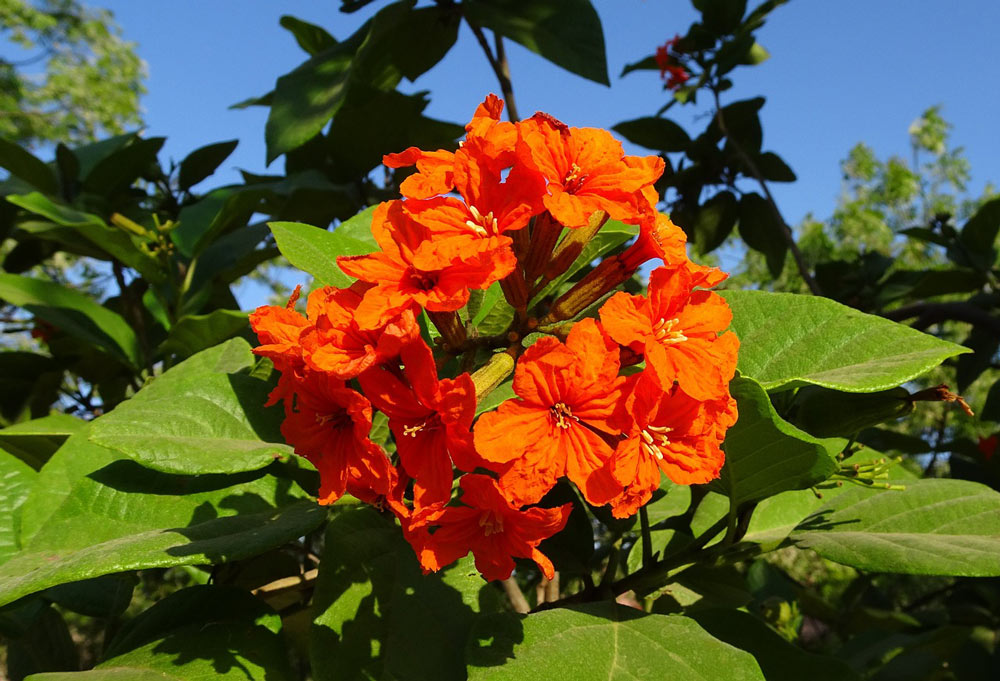 This common South Florida tree is one of the most popular roadside trees in the state. It has large orange flowers that grow in clusters at the tips of branches, and effectively attract hummingbirds. The tree itself grows to be up to 8 meters (30 feet) tall. The leaves are rather large, growing up to 20 centimeters (9 inches) in length and have a rough, sandpapery texture. 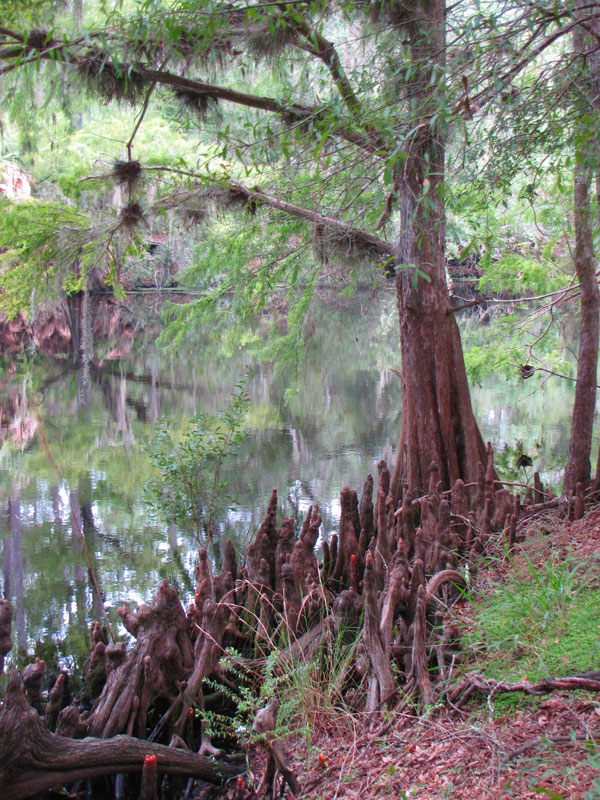 Bald cypress trees are massive, densely crowned conifers. They typically grow next to or near moving water. Cypress trees typically have large, woody “knees” which are root protrusions that grow above water to help the tree respire. They resemble small stalagmites. Bald cypresses are deciduous, and shed their light green needles in the winter, unlike other conifers, which are evergreen. 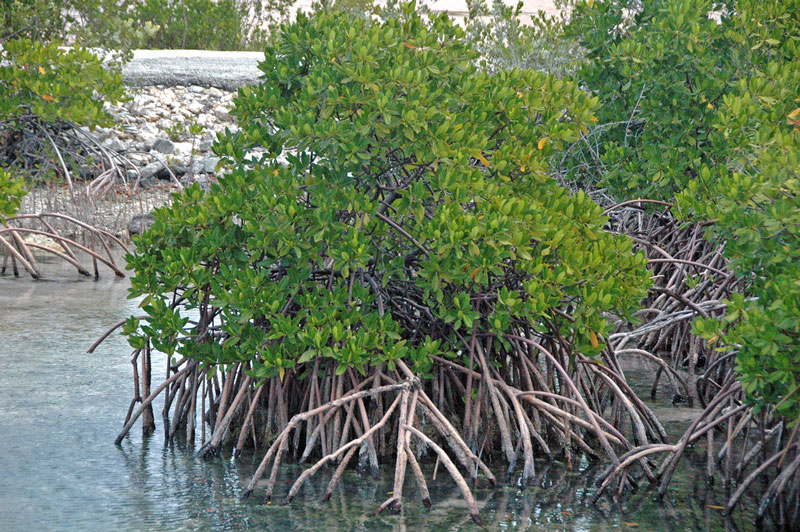 Red mangroves are characteristic trees along the coastlines of tropics. Mangrove forests are necessary to protect the land from storms, and they also provide essential habitat for fish and other animals. The trees themselves can be identified by their tough, dark green leaves that are always clustered together towards the ends of branches. Red mangroves also have numerous prop roots that look like multiple stems. 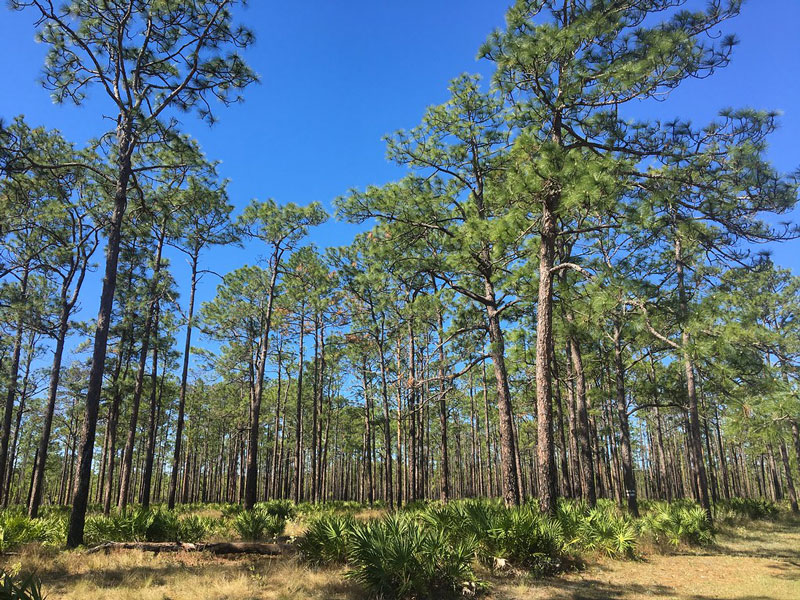 Pines are increasingly rare in Florida, but they are incredibly important parts of pine savannah ecosystems throughout the Southeastern United States. The endangered longleaf pine grows up to 35 meters tall, with a trunk diameter of just under a meter. Long needles up to 45 cm (18 inches) in length give this tall tree its name. The needles are always grouped together in threes, unlike some other pines which have groups of two or five. 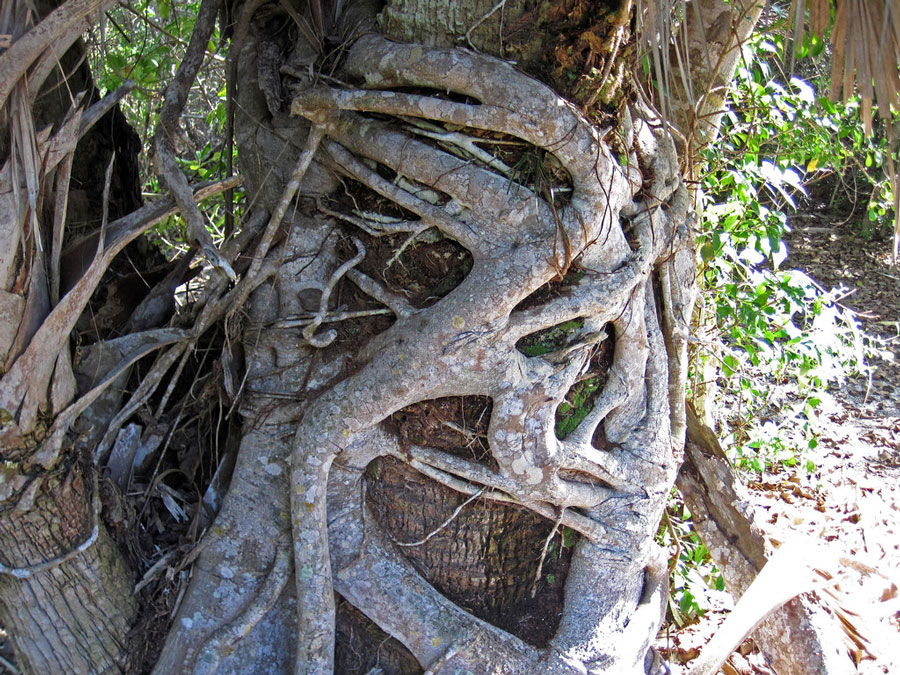 Strangler figs are common staples of tropical forests all over the world. Their unique structure allows them to grow around a host tree they use for support. Because it grows faster than it’s host, it constricts and shades out the tree that once was essential for the fig, giving it a “hug of death.” The leaves are waxy and large, but are often tough to discern from the leaves of the fig’s host tree!

In general, palms are tall, slender plants that often evoke ideas of warm, tropical beaches. Florida is chock full of palms. Not only do they line idyllic coastlines, but they can also be found far inland, as well as in front yards grown ornamentally. Palms are some of the most quintessential types of Florida plants. Here are two of the most common species found in Florida. 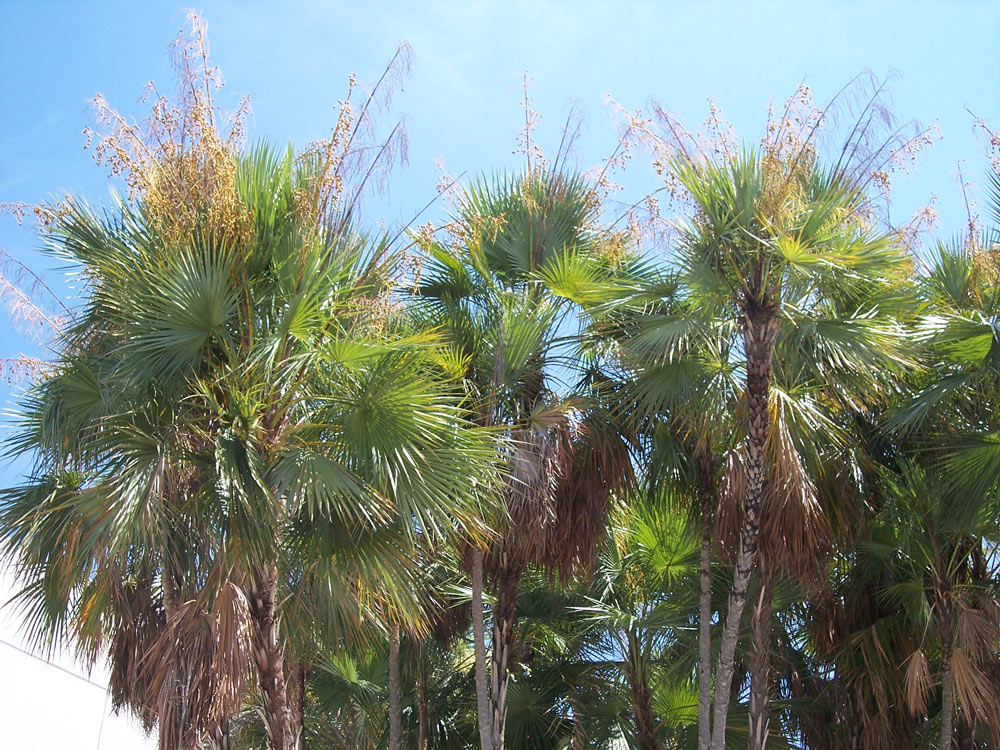 The Everglades palm grows in, you guessed it, the Everglades! It’s also found throughout other swampy habitats of the Caribbean and Latin America. The plant has massive palmate, fan-shaped leaves that can be 2 meters (6.6 feet) wide! It doesn’t grow quite as tall as some other palms, capping out at around 7 meters (23 feet) high. 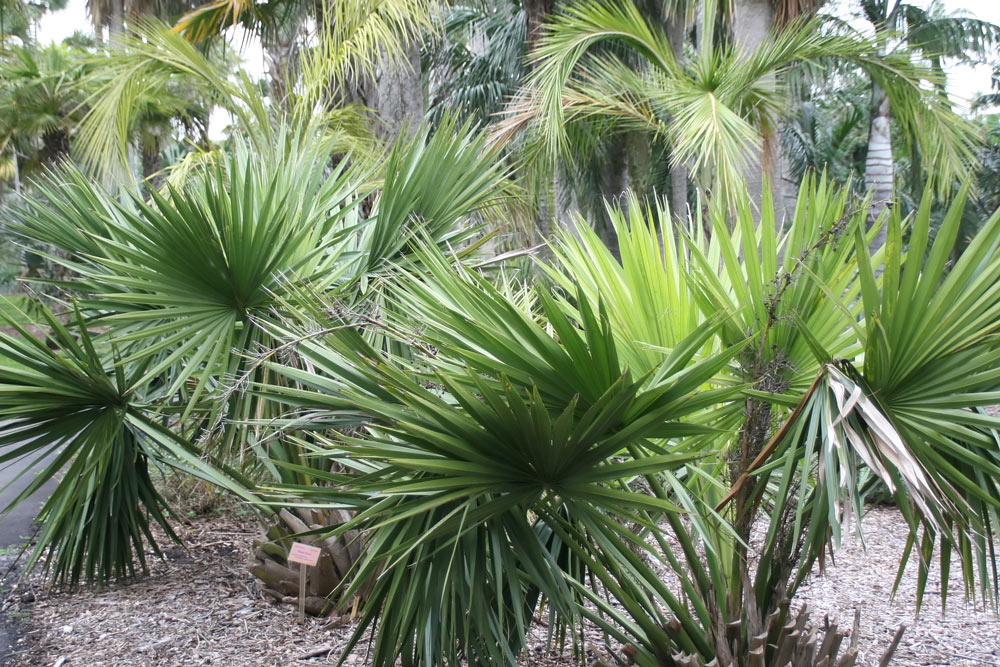 Another swamp loving Florida palm is the dwarf palmetto. The aptly names plant is much smaller than other palms, never growing more than a couple meters (6 feet) in height. Its leaves are much smaller as well, though similar in shape to the Everglades palm. Horticulturists love this plant due to its ability to withstand cold temperatures.

These shrubs all grow wild in The Sunshine State and are also commonly seen in gardens. Admittedly, this list of shrubs contains one plant some people wouldn’t consider a shrub in the technical sense. Nonetheless, it certainly isn’t a tree or palm, so we’ve put it in with the shrubs. 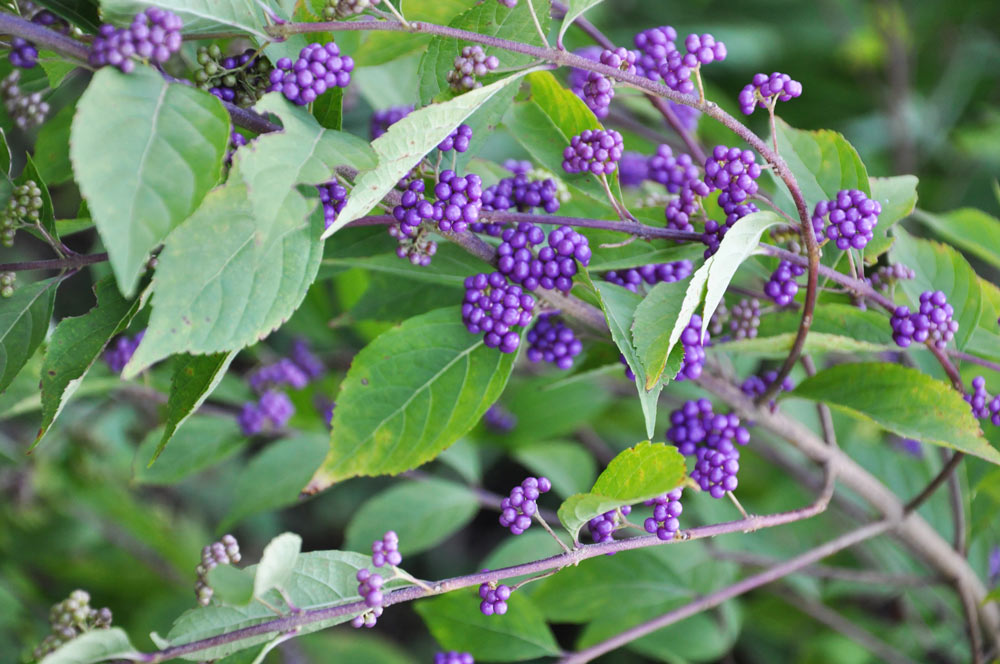 American beautyberry has some of the most strikingly colored fruits in the plant kingdom. The bright purple clusters of berries that adorn this shrub make it a popular choice for a garden. The light green leaves are covered in tiny hairs and grow opposite one another. The branches can be extremely long and arching. 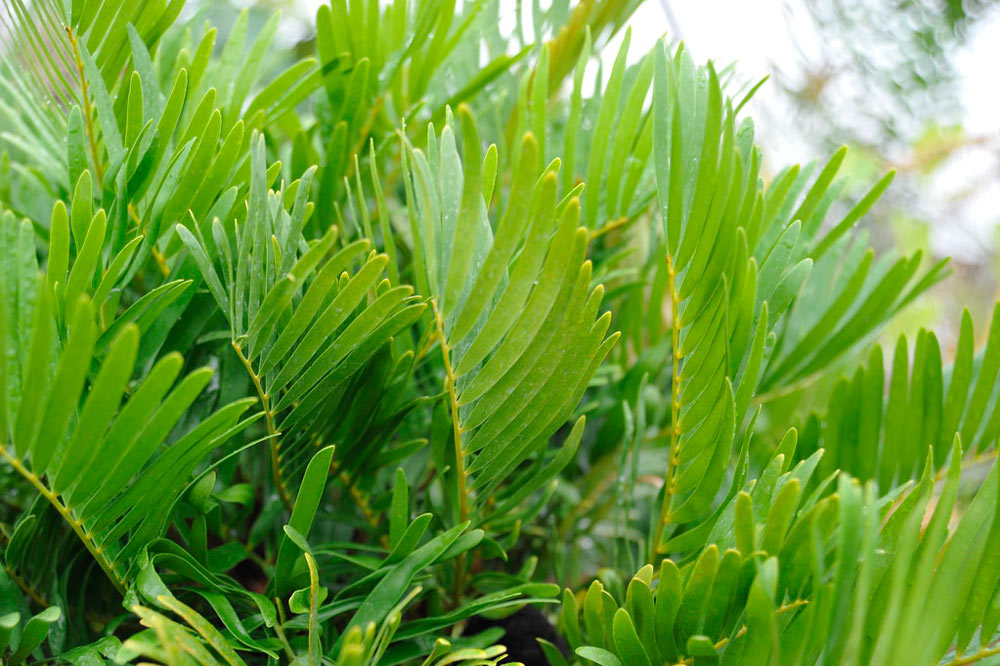 Unlike its name implies, the coontie palm is not actually a true palm. It’s a species of cycad, which one of the most primitive types of plants in the world. To make matters more confusing, the leaves look similar to a fern, to which it’s not even closely related. Coontie palm doesn’t produce showy flowers but will produce a large cone filled with bright red seeds. It seems this plant is having a bit of an identity crisis. 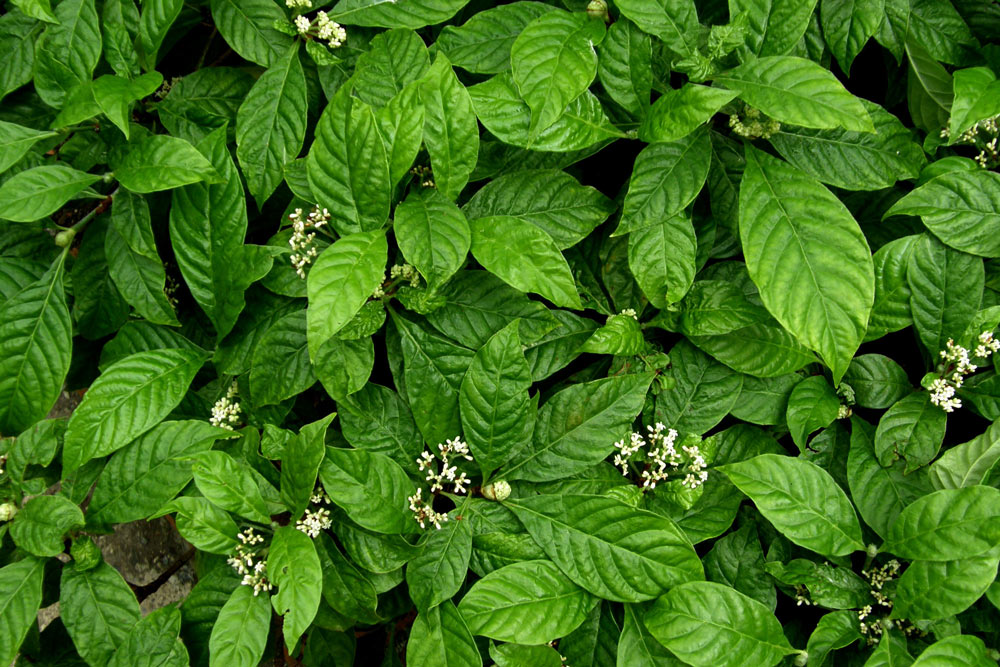 This coffee relative is another Florida native that’s commonly planted as an ornamental. Its small, white flowers attract butterflies and other insects. The shiny, green leaves grow opposite of each other and have slightly indented veins. Birds love the small, red fruit produced by the wild coffee plant.

These Florida plants are just a drop in the bucket. There’s an incredibly diverse array of plants found in the state, but now you have a foot in the door of becoming a Florida plant identification expert!