Guide to Identifying Tree Fungus (and the 3 Most Common Types) • Earthpedia • Earth.com 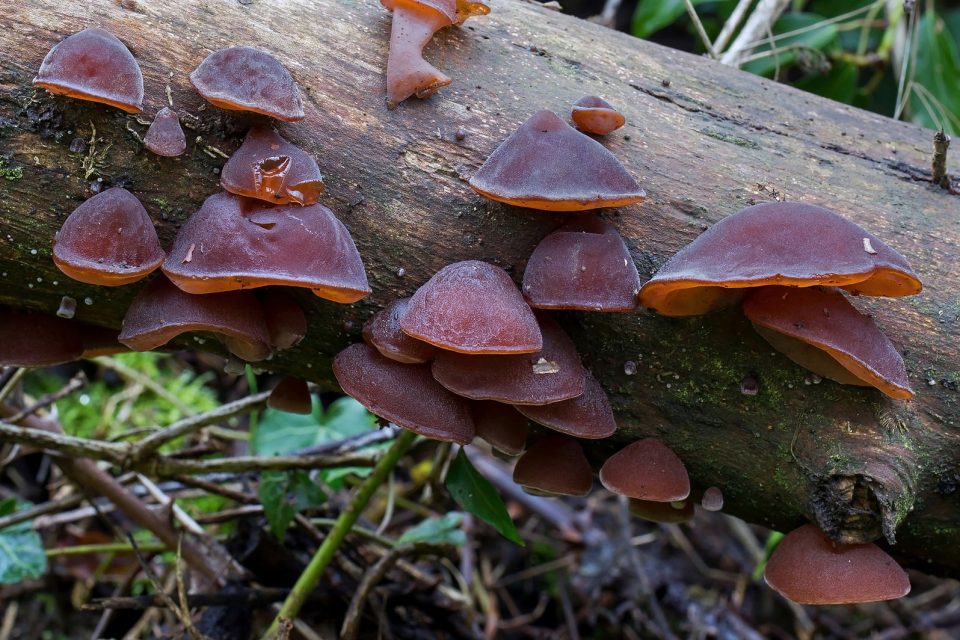 Guide to Identifying Tree Fungus (and the 3 Most Common Types)

What’s growing on that tree? This is a question you may have asked yourself once or twice on a walk around your neighborhood, in the park, or out in the wilderness somewhere. If you’ve ever wondered about an odd-looking growth on a trunk, stump, or branch, you’re not alone. Many of us would love to be masters at identifying tree fungus, so that’s why we’ve made this handy guide!

Keep in mind that fungus growing on a tree is usually a good sign that the tree is decaying or dying. Because fungi feed on organic matter, they are often a sure sign that a tree is nearing the end of its life. Tree fungi come in diverse arrays of shapes and sizes. There are a few growth forms of fungus that are easily identifiable. We’ll go over some of the main types of tree fungus and how to identify them.

In order to identify a tree fungus, the main thing to look for is the general shape and texture. The part you see is actually the fruiting body of a fungus, and it’s just the tip of the iceberg. The rest of the organism is the hidden mycelium which the fungus uses to retrieve nutrients, like the roots of a plant. The most important part of a fungus in order to identify it, however, is the visible part. Here are 3 common types of tree fungus and examples to look for:

This type of fungus is named after the easily identifiable shape they create. They look like little shelves that protrude from the trunk or branches of a tree. Although they all exhibit the same general shape, they can be all sorts of colors and textures. 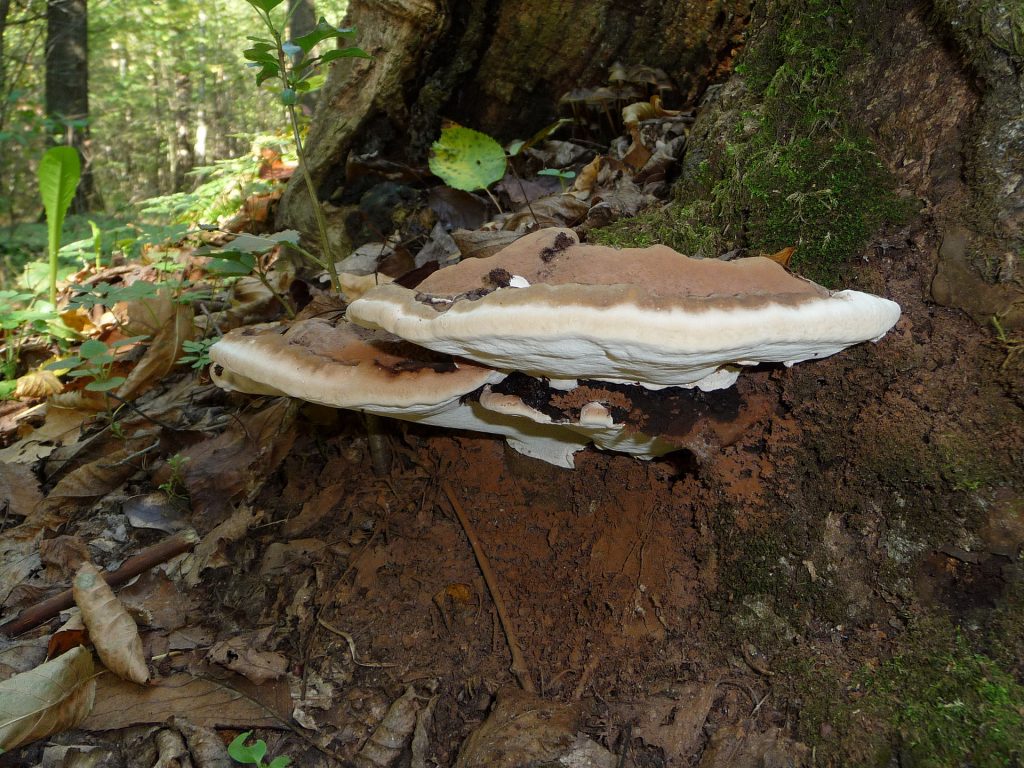 Another super abundant shelf fungus is the artist’s conk. You can find it growing on many species of trees, from conifers to broad-leaf trees. It’s a thick shelf fungus, with brown on the top and white on the bottom. If you think you’ve identified one, to be sure, try drawing a picture on the underside with a twig or even your fingernail, and see how the artist’s conk got its name! 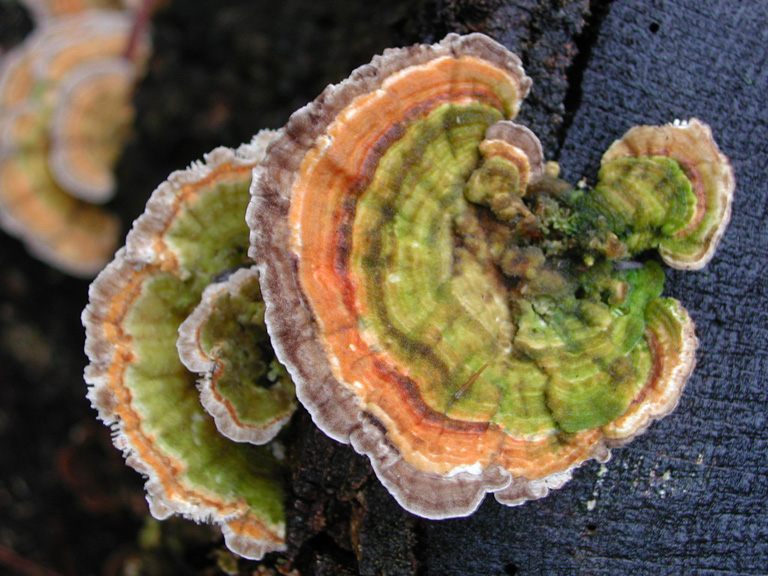 One of the more common species of shelf fungus is the turkey tail fungus. This one can be found all over the world, and the psychedelic colors it displays make it easy to identify.

When one thinks of a mushroom, the first image to appear in their head is the shape of a classic cap mushroom. Although this type of fungus is more common growing on the ground than on a tree, it’s still possible to see them on a tree trunk. 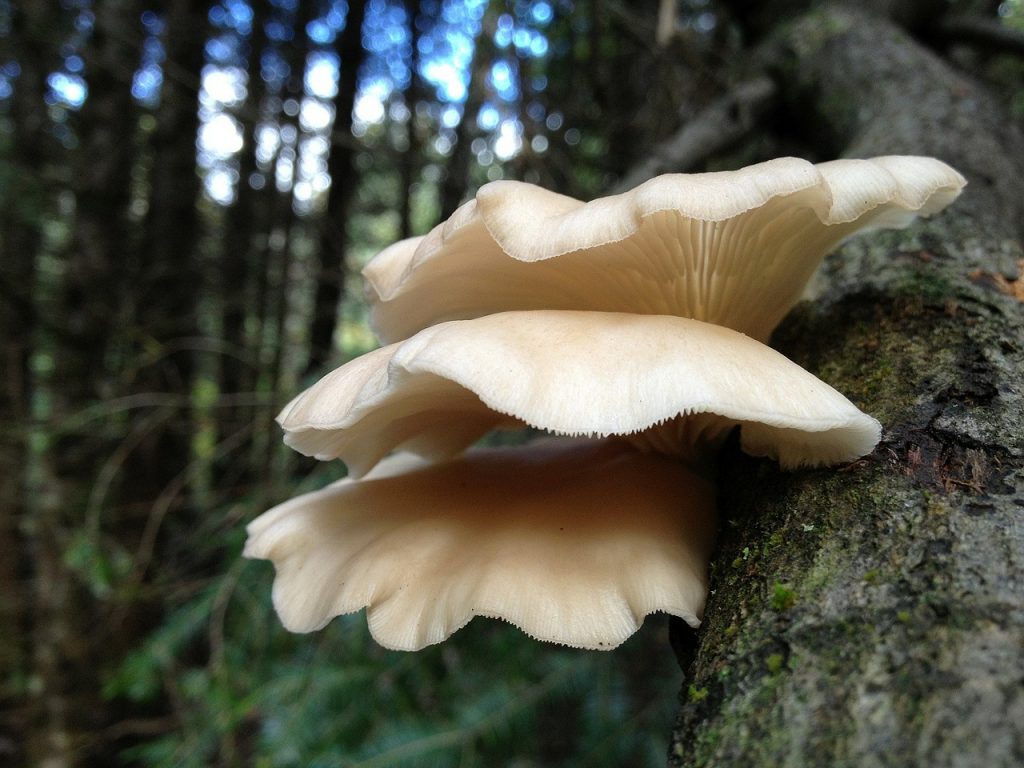 An incredibly common cap fungus is the oyster mushroom. These are eaten worldwide, and are the target of many a mushroom forager. They grow in clusters and are a creamy white color. Oyster mushrooms can be found nearly everywhere in the temperate regions of the world, growing on the trunks of broad-leaf trees. 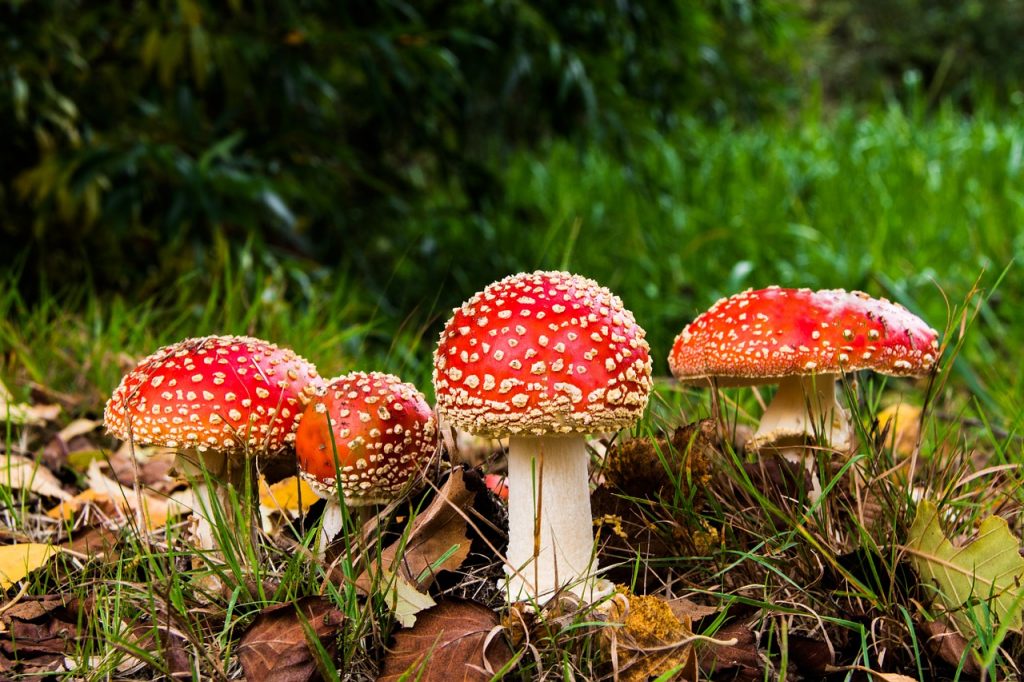 Fly amanita mushrooms, also simply called amanita mushrooms, can be found anywhere. You may wonder why a mushroom that grows out of the ground is on our list of tree fungus. Well, it’s because it is a tree fungus! This one is associated with the roots of a tree, an incredibly common life strategy many fungi have. Amanita mushrooms are beneficial for their host, by reducing the number of parasitic fungi that would otherwise grow on the tree. Their easily identifiable, too. Look for the bright red cap with white spots.

Another fungus name that describes the organism all too well is the jelly fungus. These gelatinous blobs are sometimes called snot fungus due to their gooey, amorphous forms. It’s relatively easy to recognize this type of fungus. Here’s my favorite example of jelly fungi: 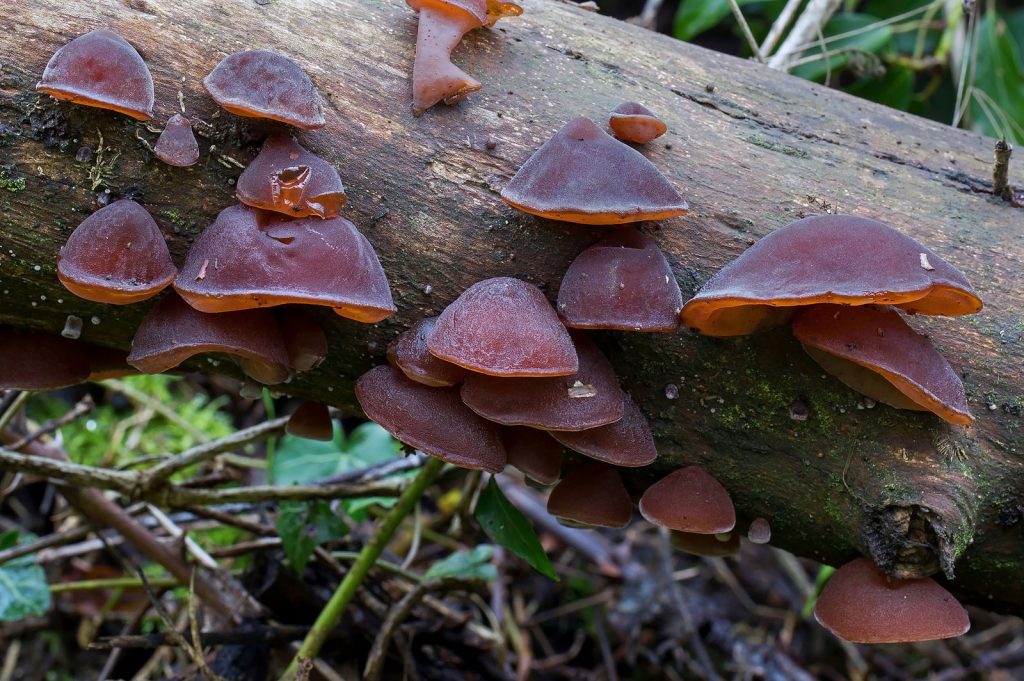 Wood ear fungus is coppery red and resembles a shelf fungus in its shape. Due to its gelatinous form, it’s actually a type of jelly fungus. You’ll find this one on dead or dying branches of trees, usually in the colder months of the year. It can also be on fallen wood on the forest floor. Like oyster mushrooms, wood ear fungus is a delicacy in some countries, despite the weird texture!

Remember – don’t go around eating random mushrooms! Many are poisonous, hallucinogenic, or deadly, and it’s easy to mistakenly identify different types. Go with a seasoned mushroom forager who knows what they’re doing. If you’re curious about learning more about foraging for mushrooms, check out our guide on identifying edible mushrooms.