How Does Desalination Work? • Earth.com • Earthpedia 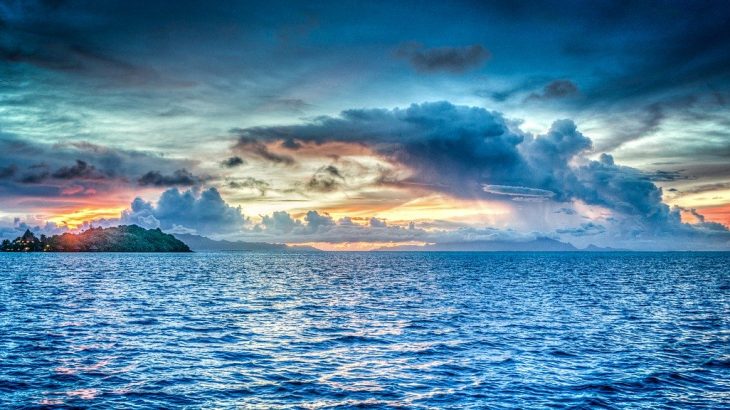 How Does Desalination Work?

Earth is a watery planet. Roughly 71% of the surface of the Earth is liquid. Of that 71%, about 96% is saltwater. Based on these numbers, we can compute that only about 3% of the earth’s surface is fresh water. This poses a large problem for the roughly 7 billion people on planet earth that all need access to fresh water for drinking, cooking, and irrigation.

Worse, about 1 out of every 5 people is at risk of severe water shortages in the near future. Wouldn’t it be convenient if we could use the abundance of saltwater on planet earth for drinking and irrigation? Scientists around the world have been working on this problem for decades. Today, let’s understand how desalination works. 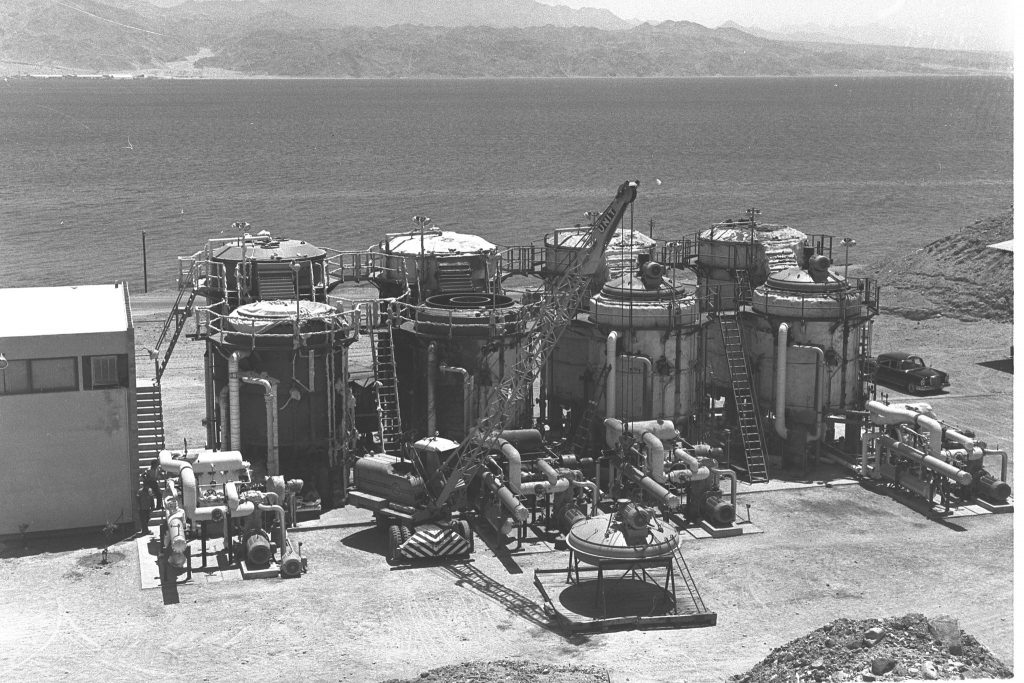 Why Are Oceans Salty?

The “salt” in saltwater comes from two different sources. First, it comes from runoff. Rain is generally slightly acidic. Therefore, when it falls on rocks and cliffs, rain tends to erode these surfaces ever so slightly. Over tens of millions of years, this dissolved rock matter flows into streams and rivers, eventually flowing into the ocean.

The second source is actually from the ocean itself. Gashes in the seafloor, called hydrothermal vents, produce large amounts of steam and heat. This causes a variety of chemical reactions. Among these reactions is the release of metal ions into the water, like sodium, chloride, and magnesium.

The strength or concentration of seawater is referred to as “salinity;” salinity differs based on temperature, precipitation, and evaporation. Generally, the salinity of seawater is roughly 3.5%. This is equivalent to 3.5 grams of salt per liter of water — about half of a teaspoon.

Desalination is simply the process of removing salt from water. Or, sometimes, removing the water from the salt. While this may sound simple, it is a problem that scientists have been trying to efficiently solve for decades. 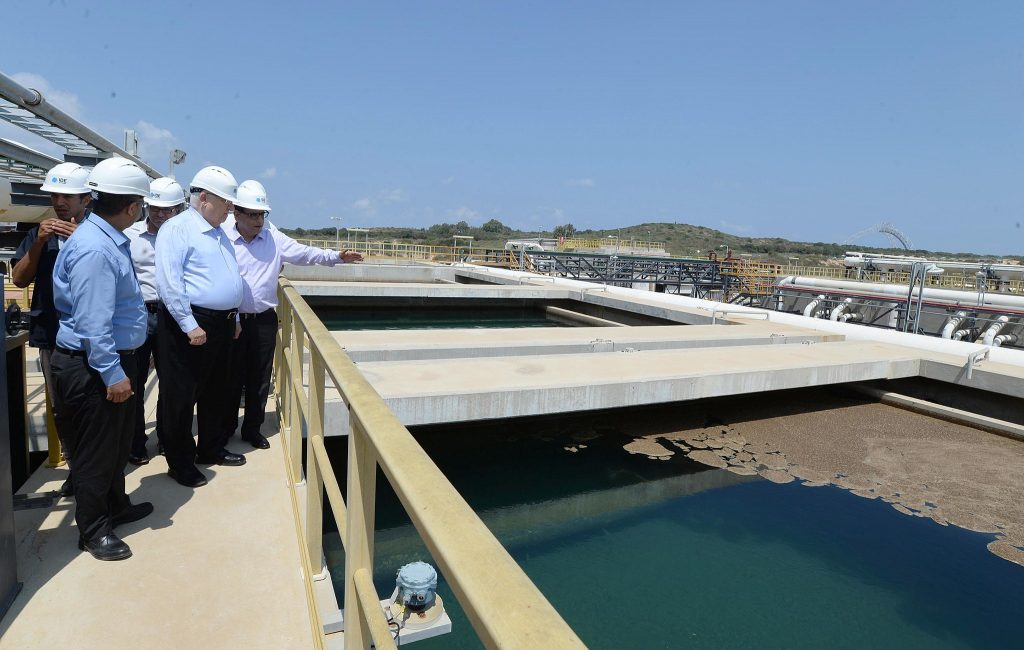 Presently, desalination is somewhat common throughout the world. About 300 million people depend on desalination (de-sal) as their primary source of water every day. In the US, the largest de-sal plant is located just north of San Diego. The Carlsbad de-sal plant takes in roughly 100 million gallons of saltwater a day and pumps out 50 million gallons of fresh water each night. This is enough water for about 10% of the 3.1 million residents.

Globally, the daily de-sal capacity has been growing since the mid-20th century. In 2020, the daily global capacity is roughly 90 billion gallons per day. Not bad considering that is double the capacity of just 15 years ago. De-sal plants are vital to some regions around the world. Melbourne, Australia, for example, receives only 25 inches of rain per year. During drought years, annual rainfall can hover around 10 inches. In response, Melbourne built a $3.5 billion dollar de-sal plant in 2017. It now provides ⅓ of the city’s residents – 1.5 million people – their drinking water.

The process of desalination has evolved since its inception in the 1960s. As technology progresses, the cost per gallon continues to decrease. Today, there are two main methods of de-sal used throughout the world: thermal and reverse osmosis.

Thermal distillation is generally considered the cheaper method of de-sal. At its heart, thermal de-sal works by turning saltwater into vapor. The vaporization process separates the pure water from the dissolved salts. The pure water then moves on to other steps in the de-sal process.

While thermal de-sal is cheaper, it has its drawbacks. Namely, the energy consumption can be extremely high. Because the process requires vaporization, every gallon of water must be boiled. This process is extremely energy-intensive. Secondly, thermal de-sal typically produces lower-quality water (i.e. higher salt content) than other methods. For purposes other than drinking (e.g. industrial), this may be more than enough. 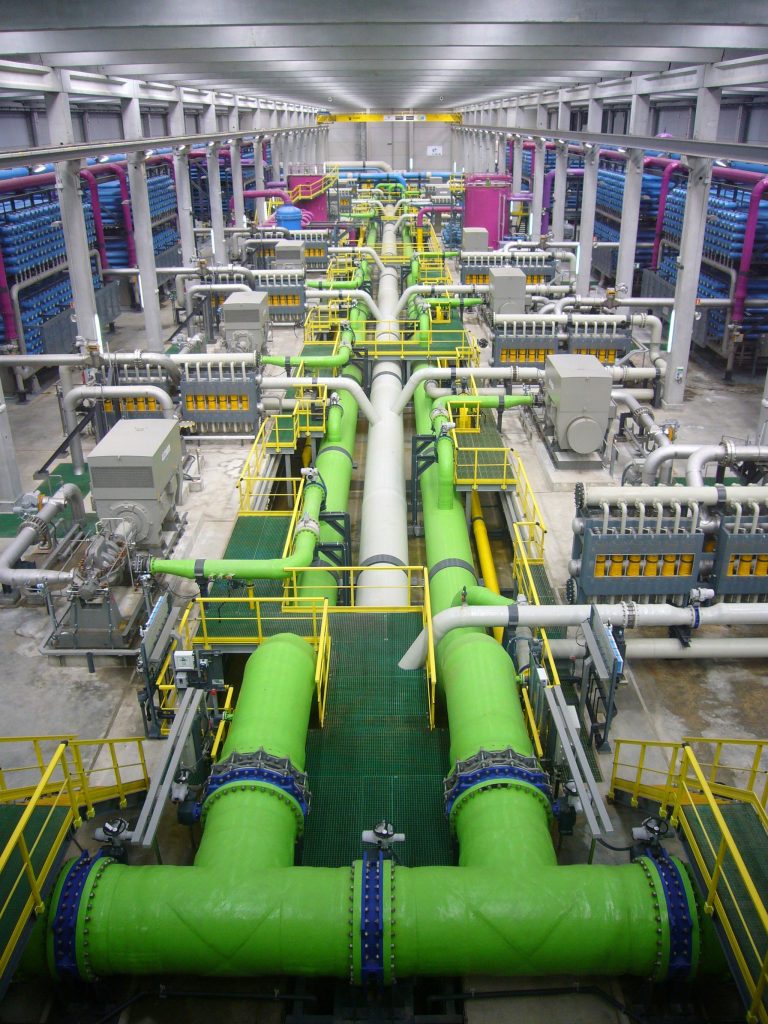 De-sal via reverse osmosis (RO) works in a very different manner. In the basic sense, saltwater is forced through a semi-permeable membrane that contains extremely small pores. These pores are large enough for water molecules to pass through but too small for salt atoms to squeeze by. RO de-sal generally follows four basic steps.

Although desalination is likely the drinking water of the future, it is not a process without concern. The first issue is energy consumption. The burning of fossil fuels is a necessary part of thermal de-sal. Experts worry that this may create a positive feedback loop of sorts. As global climate change affects the ability of fresh surface water, more desalination will likely be required. If this desalination uses large amounts of fossil fuels, that will only serve to increase the need for desalination.

The second concern is wastewater. As the seawater is desalinated, the excess salt becomes more and more concentrated in the wastewater – referred to as “brine.” This brine can be difficult to dispose of properly, and this problem will only be exacerbated by increases in global demand for desalination.

What are your thoughts on desalination? Do you live in a region that turns saltwater into drinking water? Let us know in the comments!