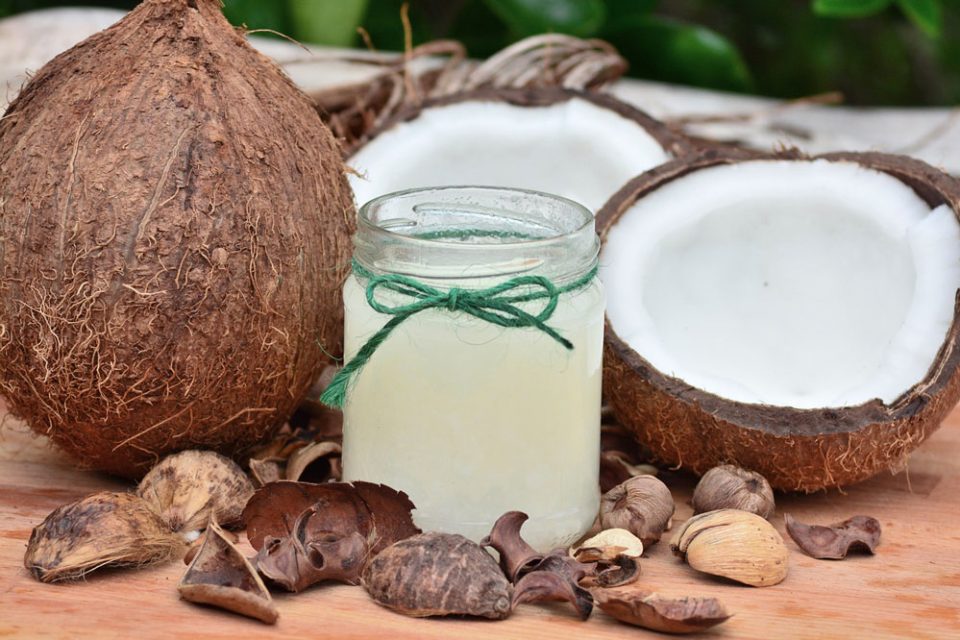 One of the most important tools used during the summer is sunscreen. To prevent skin damage caused by the sun’s harmful rays, we slather on a thick layer of the stuff before a day at the beach, going on a hike, or an afternoon at the ballpark. However, many people are concerned about the chemicals in many sunscreens, and look for more organic alternatives.

Natural sunscreen products are gaining popularity fast. What better natural source to turn to than plants? Many plants thrive in direct sunlight and high heat, so surely they have developed techniques to protect themselves from the sun’s radiation. Some people have developed ways to harness ingredients from plants to help our own skin stay protected from the sun. Essential oils from plants are harvested and then sometimes used alone, but usually put into natural sunscreen products alongside other ingredients.

In any case, we’ve created a short list of some of the best plant oils to use to protect yourself from the sun!

Coconut oil has been widely used as a skin product. It hydrates skin, soothes and treats eczema and irritation, and also protects against UV radiation. One study showed that pure coconut oil has an SPF rating of about 7. Compare this to commercial sunscreen, which is usually at least 15. So, it’s true that coconut oil doesn’t protect your skin as much as sunscreens. But, it’s still usable as effective sun protection, as long as you don’t stay out too long! 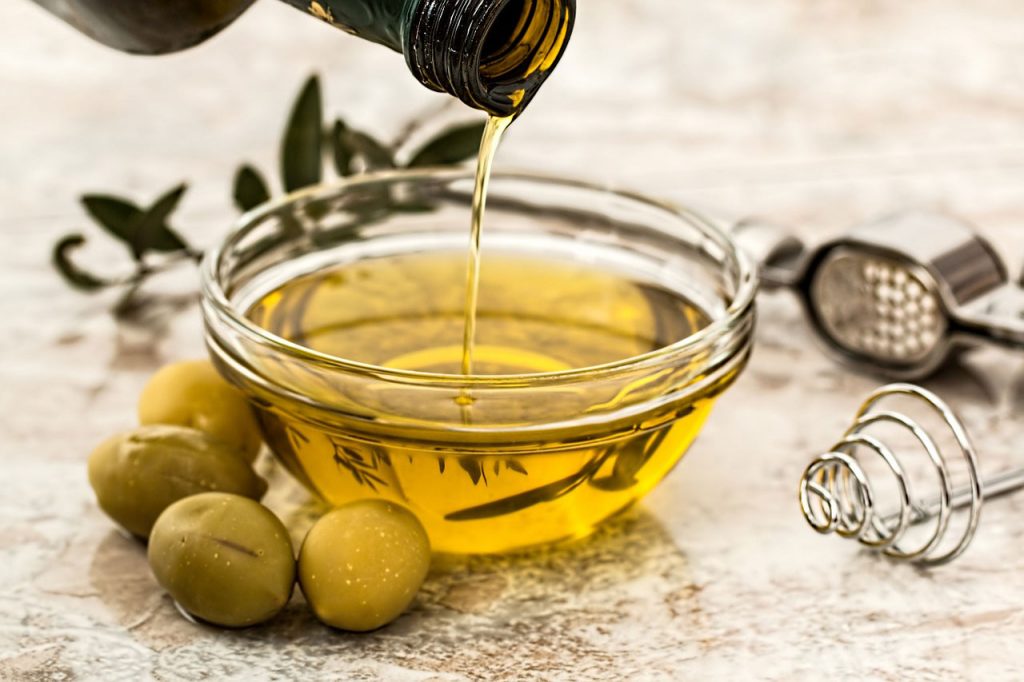 You might have a bottle of olive oil sitting on your kitchen counter right now. Who knew that a cooking oil could protect your skin from the sun? The same study mentioned above that shows coconut oil has an SPF of 7 ranks olive oil just a bit higher. This tasty oil has an SPF rating of about 8, which is the highest score among the nonvolatile plant oils that were tested. Nonvolatile simply means that it won’t evaporate at normal temperatures, which is important if you want it to remain on your skin in the sun! 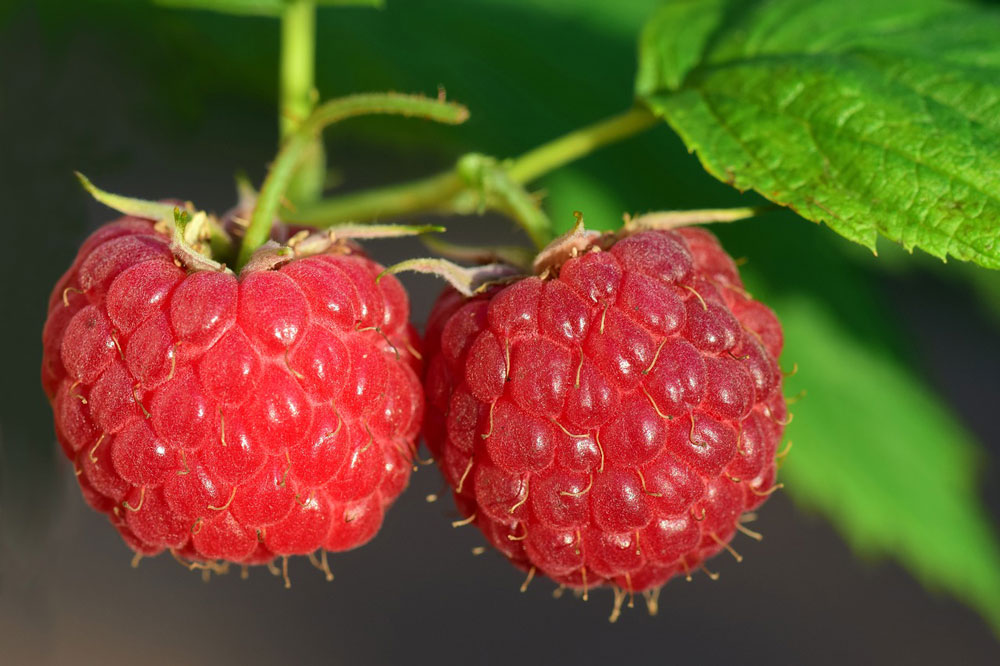 Another plant oil that has a decent SPF rating comes from raspberries. Unlike coconut oil, red raspberry oil normally isn’t used on the skin medicinally. However, it boasts a much higher SPF than coconut oil! It scores about a 28, which is comparable to store bought commercial sunscreens. Note: the wavelengths of radiation that red raspberry seed oil protects from aren’t quite as wide as manufactured sunscreens. But, it still has the potential to be used as a sunscreen plant! It’s gaining popularity fast as a medicinal plant oil, partly due to its ability to protect the skin from UV radiation. 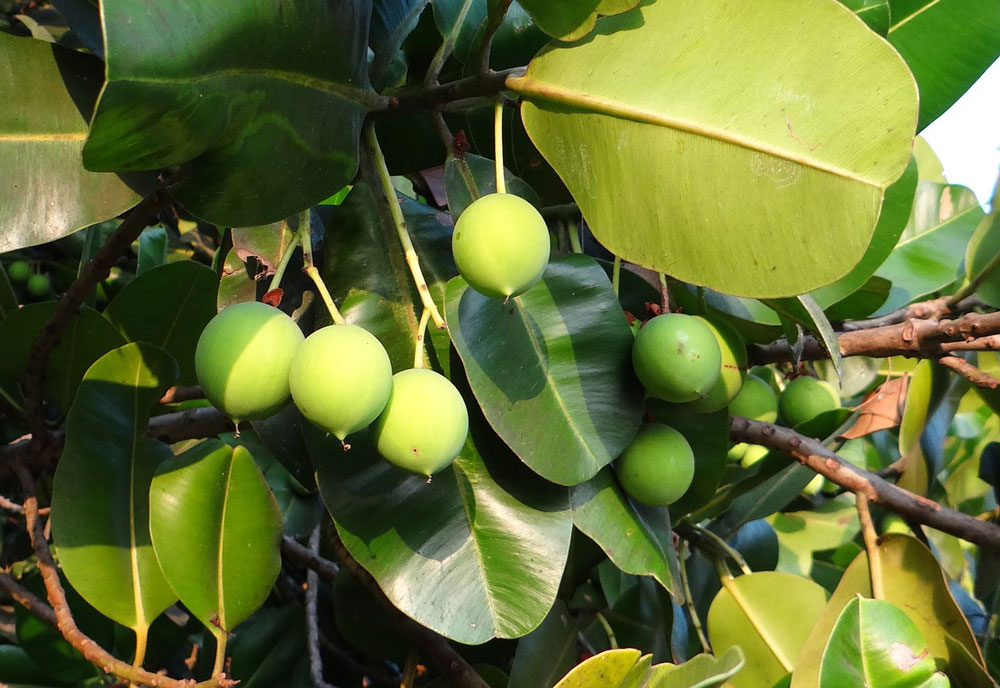 Alexandrian laurel is native to the sunny coastal regions of East Africa. Now, it grows all throughout the tropics as an ornamental plant. Historically, the wood was used for shipbuilding due to the tree’s massive size and strong wood.

Alexandrian laurel has extremely beneficial oil in its leaves which is used for a variety of medicinal purposes. Because the oil is safe to apply directly to the skin, there is potential for its use as a sunscreen. In fact, a study showed that Alexandrian laurel oil is non-toxic even when it comes in contact with the eyes. It also happens to have high UV radiation absorption, making it the perfect candidate for a sunscreen plant that really does work!

If you do happen to get a sunburn, and you’re looking for a natural remedy to soothe the skin, try aloe vera! The succulent leaves store a gel which provides effective post-sunburn treatment.