What Is a Chromosome? • Earthpedia • Earth.com 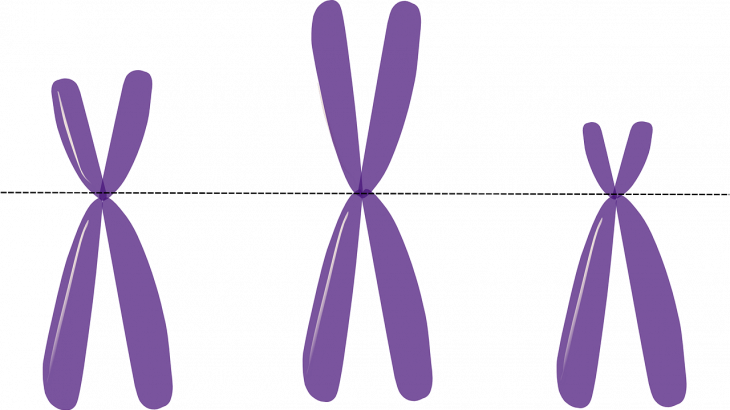 What Is a Chromosome?

To solve problems that explain and predict traits and variations, we first have to understand cells. All living organisms are composed of cells. Cells work like little factories doing all the jobs inside your body that are needed to keep your body functioning. Your body is made up of many different kinds of cells such as skin cells, muscle cells, and nerve cells. Some cells look like squashed bricks, some look like doughnuts, and many have irregular shapes. However, every cell, no matter what its job, has the same basic parts.

Now let’s explore chromosomes.  Chromosomes are thread-like structures located inside the nucleus of animal and plant cells. Each chromosome is made of protein and a single molecule of deoxyribonucleic acid, or “DNA”. Passed from parents to offspring, DNA contains the specific instructions that make each type of living creature unique.

The term chromosome comes from the Greek words for color (chroma) and body (soma). Scientists gave this name to chromosomes because they are cell structures, or bodies, that are strongly stained by some colorful dyes used in research.

So what do chromosomes actually do?

The unique structure of chromosomes keeps DNA tightly wrapped around spool-like proteins, called histones. Without such packaging, DNA molecules would be too long to fit inside cells.

For an organism to grow and function properly, cells must constantly divide to produce new cells to replace old, worn-out cells. During cell division, it is essential that DNA remains intact and evenly distributed among cells. Chromosomes are a key part of the process that ensures DNA is accurately copied and distributed in the vast majority of cell divisions.