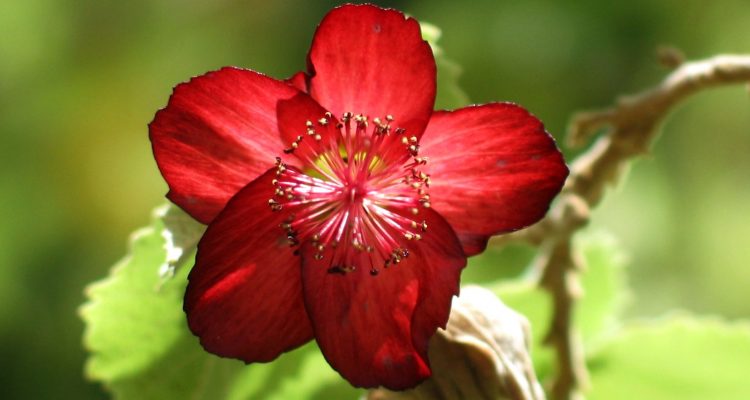 ITIS Reports — ITIS (the Integrated Taxonomic Information System) is a source for authoritative taxonomic information on plants, animals, fungi, and microbes of North America and the world. Abutilon menziesii is endangered.Abutilon menziesii, known as Koʻoloaʻula in Hawaiian, is an endangered species of flowering shrub in the mallow family, Malvaceae,  Malvaceae, that is endemic to Hawaii. It is a sprawling shrub that can reach up to 10 feet in height. The leaves, which range from an inch in width to about five inches, vary in their shapes. They have a velvety feel to them. The small hibiscus-shaped flowers generally hang downward. Though charming up close, the flowers can be hidden by the much larger leaves and not often visible at a distance. Although the Hawaiian name ʻula refers to the more commonly seen red color, koʻoloa ʻula