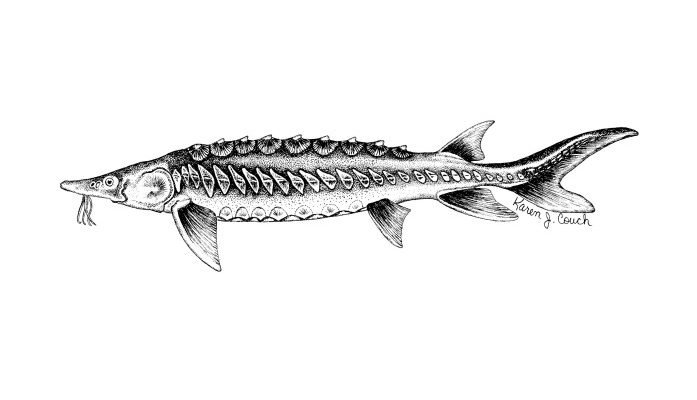 FWS Digital Media Library — The U.S. Fish and Wildlife Service’s National Digital Library is a searchable collection of selected images, historical artifacts, audio clips, publications, and video.The shortnose sturgeon (Acipenser brevirostrum) is a small and endangered species of North American sturgeon. The earliest remains of the species are from the Late Cretaceous Period, over 70 million years ago. Shortnose sturgeons are long-lived and slow to sexually mature. Most sturgeons are anadromous bottom-feeders, which means they migrate upstream to spawn but spend most of their lives feeding in rivers, deltas and estuaries. The shortnose sturgeon is often mistaken as a juvenile Atlantic sturgeon, because of their small size. Prior to 1973, U.S. commercial fishing records did not differentiate between the two species, both were reported as “common sturgeon”, although it is believed based on sizes that the bulk of the catch was Atlantic sturgeon. The shortnose is distinguishable from the Atlantic sturgeon due to its shorter and rounder head.