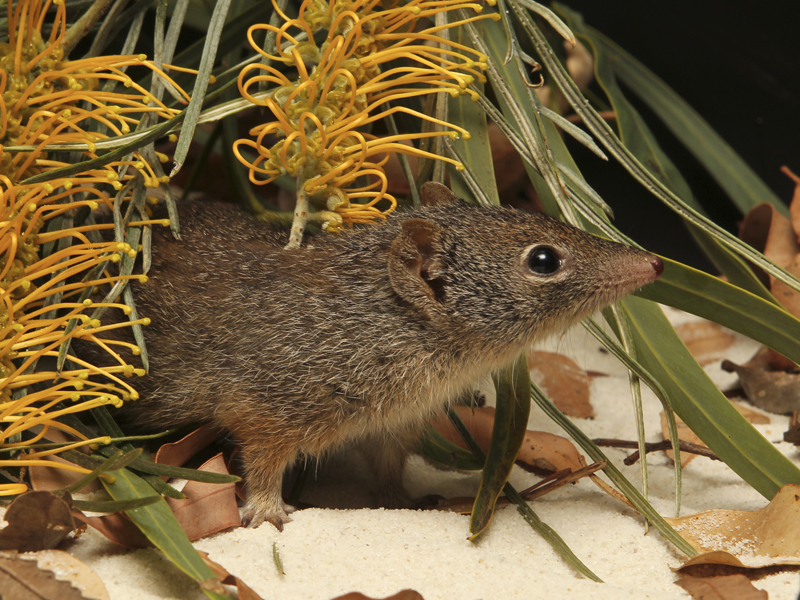 Antechinus apicalis NatureServe Explorer Species Reports -- NatureServe Explorer is a source for authoritative conservation information on more than 50,000 plants, animals and ecological communtities of the U.S and Canada. NatureServe Explorer provides in-depth information on rare and endangered species, but includes common plants and animals too. NatureServe Explorer is a product of NatureServe in collaboration with the Natural Heritage Network. FWS Digital Media Library -- The U.S. Fish and Wildlife Service's National Digital Library is a searchable collection of selected images, historical artifacts, audio clips, publications, and video.Dibbler is the common name for Parantechinus apicalis, an endangered species of marsupial. It is an inhabitant of the southwest mainland of Western Australia and some offshore islands. It is a member of the order Dasyuromorphia, and the only member of the genus, Parantechinus. The dibbler is a small, nocturnal carnivore with speckled fur that is white around the eyes. Brown antechinus are mostly nocturnal and is arboreal. During warm periods these marsupials live in solitary nests and occupy their own home ranges. As temperatures drop, both males and females stay together in nests with up to 18 animals. Their nests are not stable and antechinus may change nests. Females usually nest alone to rear young.Most dibblers (Parantechinus apicalis) live in heathland in southwest WA, however they have an island population on the west Australian coast in which the males die off while the main population doesn't, while savanna populations of northern quolls (Dasyurus hallucatus) have zero male survival to breed again but no apparent immune collapse that triggers the die-off.

No recovery information is available for the dibbler.
Back to full archive