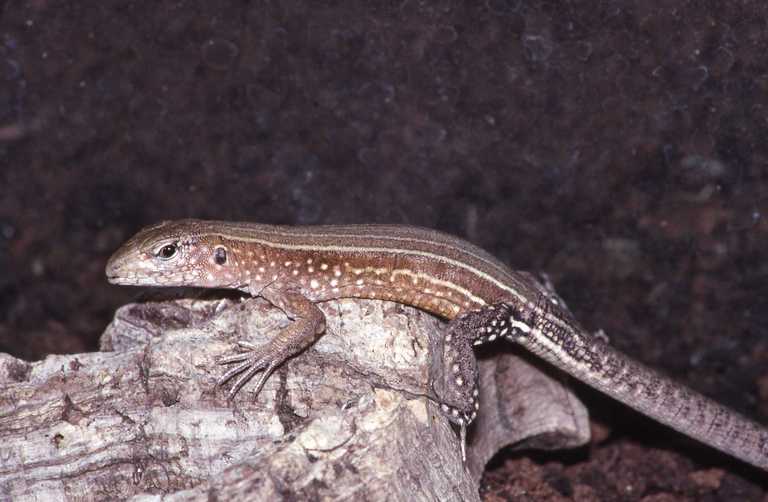 Cnemidophorus vanzoi NatureServe Explorer Species Reports -- NatureServe Explorer is a source for authoritative conservation information on more than 50,000 plants, animals and ecological communtities of the U.S and Canada. NatureServe Explorer provides in-depth information on rare and endangered species, but includes common plants and animals too. NatureServe Explorer is a product of NatureServe in collaboration with the Natural Heritage Network. ITIS Reports -- Cnemidophorus vanzoi ITIS (the Integrated Taxonomic Information System) is a source for authoritative taxonomic information on plants, animals, fungi, and microbes of North America and the world. The Saint Lucia whiptail, also known commonly as the Maria Islands whiptail, the Saint Lucian whiptail, and Vanzo's whiptail, is a species of lizard in the family Teiidae. The species is indigenous to the Caribbean. Established in 1964, the IUCN Red List of Threatened Species has evolved to become the world’s most comprehensive information source on the global conservation status of animal, fungi and plant species. The genus Cnemidophorus (sensu stricto) contains the following species which are recognized as being valid .C. vanzoi is endemic to Saint Lucia, where it has been extirpated from the main island and is now only native to the small islets of Maria Major and Maria Minor, with fewer than 1,000 individuals estimated. A third population has been established on nearby Praslin Island through translocation. It is the only species of Cnemidophorus found in the Caribbean. FWS Digital Media Library -- The U.S. Fish and Wildlife Service's National Digital Library is a searchable collection of selected images, historical artifacts, audio clips, publications, and video.

No recovery information is available for the Maria Island Ground lizard.
Back to full archive