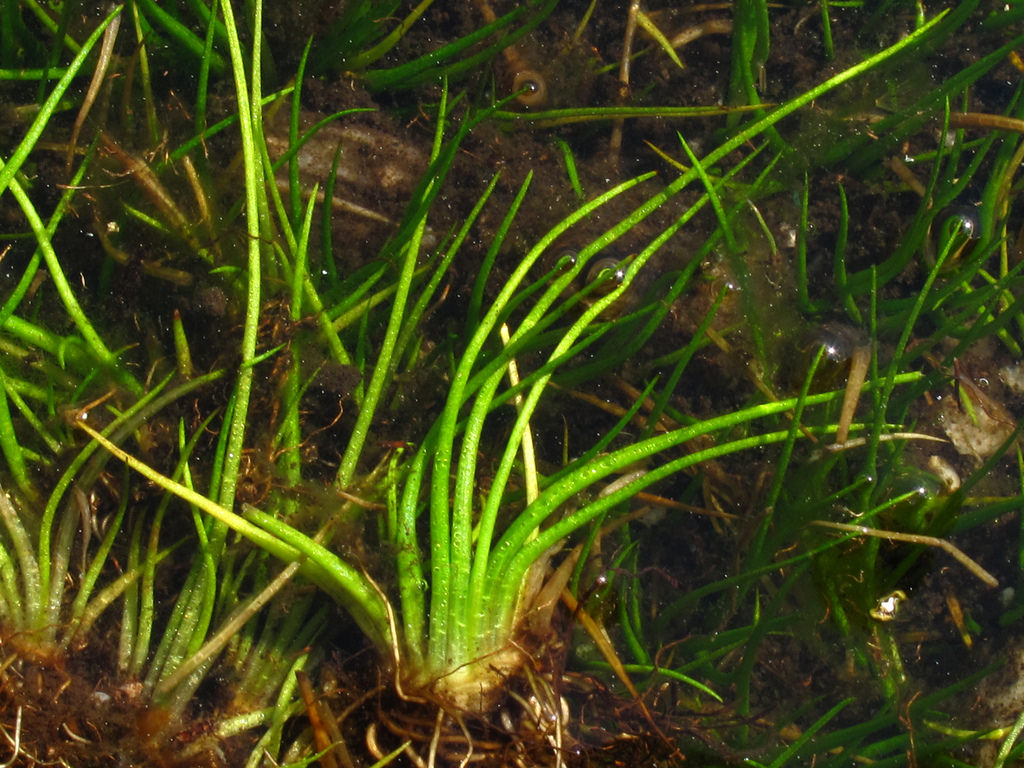 Isoetes tegetiformans NatureServe Explorer Species Reports -- NatureServe Explorer is a source for authoritative conservation information on more than 50,000 plants, animals and ecological communtities of the U.S and Canada. NatureServe Explorer provides in-depth information on rare and endangered species, but includes common plants and animals too. NatureServe Explorer is a product of NatureServe in collaboration with the Natural Heritage Network. ITIS Reports -- ITIS (the Integrated Taxonomic Information System) is a source for authoritative taxonomic information on plants, animals, fungi, and microbes of North America and the world.Isoetes tegetiformans, commonly known as mat-forming quillwort or mat-forming Merlin's grass, is an aquatic lycophyte endemic to the U.S. state of Georgia. It grows exclusively in shallow, temporary pools on granite outcrops, often with only 2 cm of soil. Only 7 populations are known to exist, and three of these have been destroyed since the plant's discovery in 1976. The remaining populations are threatened with habitat destruction due to quarrying, though the species is protected under the U.S. Endangered Species Act. New leaves quickly sprout after fall and winter rains, but during the dry summer months these typically shrivel FWS Digital Media Library -- The U.S. Fish and Wildlife Service's National Digital Library is a searchable collection of selected images, historical artifacts, audio clips, publications, and video.

No critical habitat rules have been published for the Mat-Forming quillwort.
Back to full archive