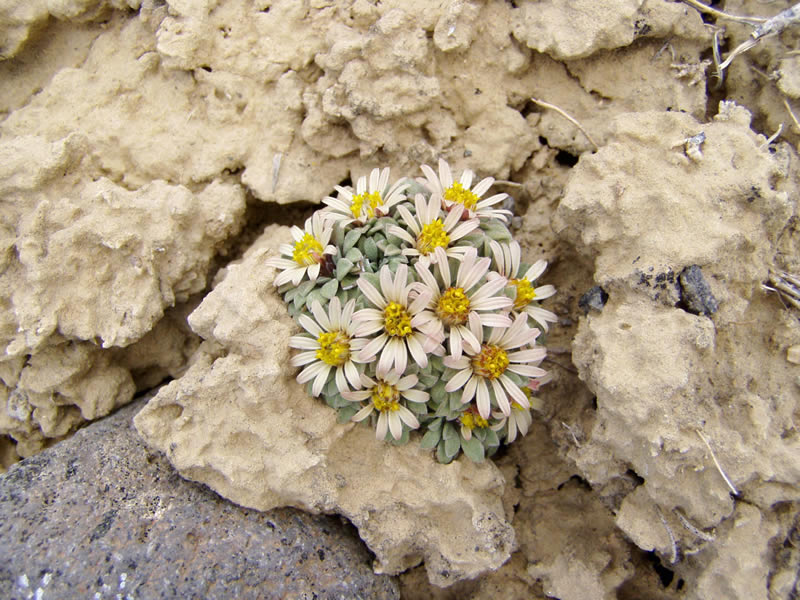 Townsendia aprica NatureServe Explorer Species Reports -- NatureServe Explorer is a source for authoritative conservation information on more than 50,000 plants, animals and ecological communtities of the U.S and Canada. NatureServe Explorer provides in-depth information on rare and endangered species, but includes common plants and animals too. NatureServe Explorer is a product of NatureServe in collaboration with the Natural Heritage Network. ITIS Reports -- ITIS (the Integrated Taxonomic Information System) is a source for authoritative taxonomic information on plants, animals, fungi, and microbes of North America and the world. FWS Digital Media Library -- The U.S. Fish and Wildlife Service's National Digital Library is a searchable collection of selected images, historical artifacts, audio clips, publications, and video.Townsendia aprica is a rare species of flowering plant in the aster family known by the common name Last Chance Townsend daisy. It is endemic to Utah in the United States, where it is known from three counties. It faces a number of threats and it is a federally listed threatened species of the United States.TOWNSENDIA General Townsendia aprica S.L. Welsh & Reveal Plant Symbol = TOAP surface and purplish and glandular below. The disk flowers are yellow. Achenes are small and hairy with a . Contributed by: short pappus of barbed capillary bristles (Welsh et al. USDA NRCS Idaho Plant Materials Program 2003). The leaves are hairy, 7 to 13 mm

No critical habitat rules have been published for the Last Chance townsendia.
Back to full archive