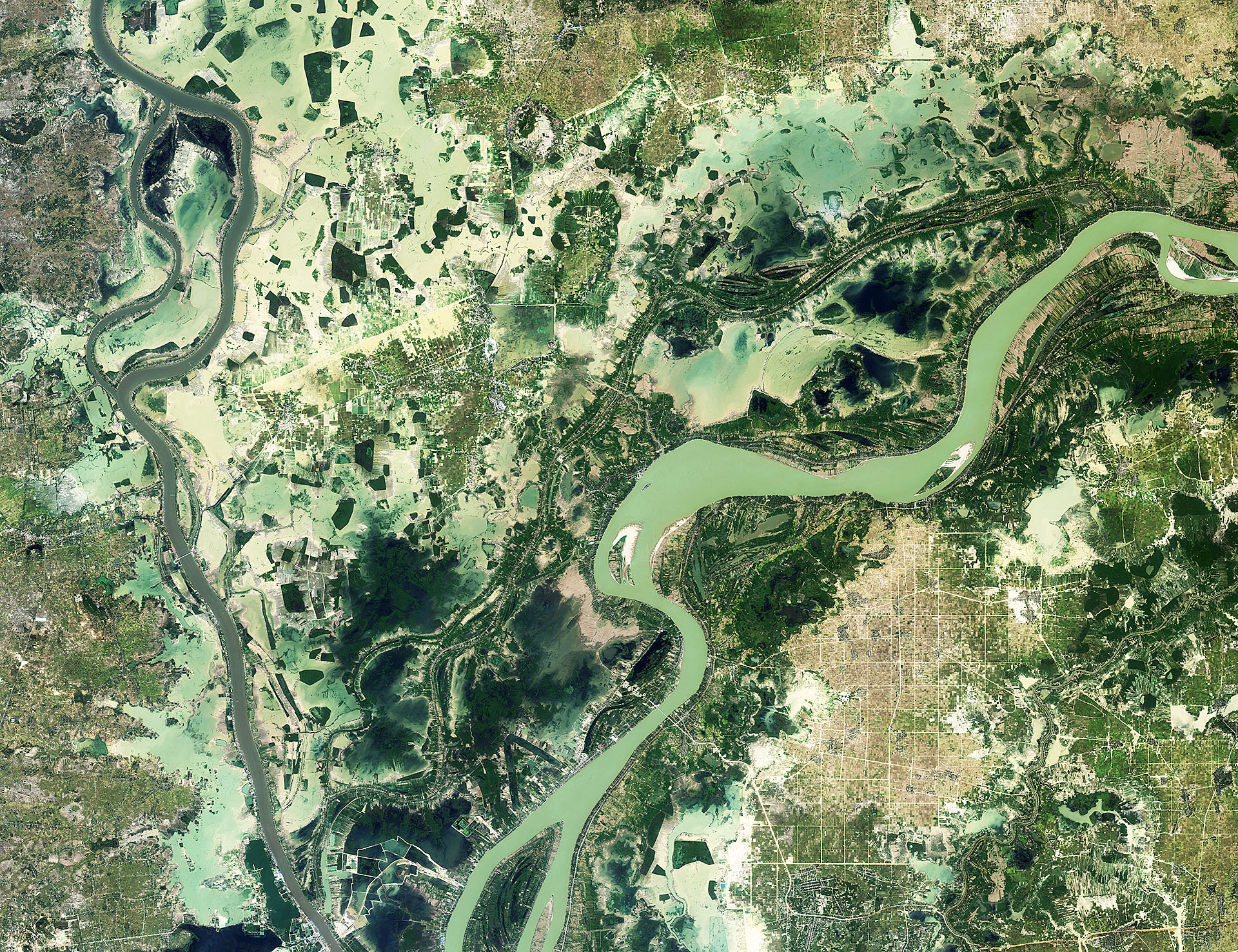 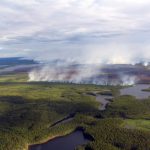 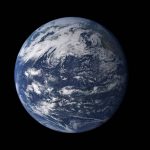 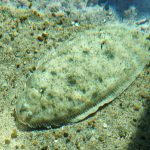 Cambodian Rivers. A flooded landscape in Cambodia rivers between the Mekong River (right) and Tonlé Sap river (left) is pictured by Japan’s ALOS satellite. The centre of this image is about 30 km north of the centre of the country’s capital, Phnom Penh.

Originating on the Tibetan Plateau and passing through six countries before emptying into the South China Sea, the 4350 km-long Mekong is the single largest source of protein for communities in its basin. Tens of millions of people rely on the river for fishing, while agriculture is intensive along parts its course.

The river on the left, the Tonlé Sap, changes flow direction seasonally. During the dry season from November to May it flows south, draining into the Mekong at Phnom Penh. The direction changes during the wet season, causing a rise in water levels in the surrounding floodplains and forming a large lake further north (not pictured). Cambodian Rivers

This image, also featured on the Earth from Space video program, was captured by the AVNIR-2 instrument on Japan’s ALOS satellite on 5 December 2009. In 802 AD, Jayavarman II declared himself king, uniting the warring Khmer princes of Chenla under the name “Kambuja”. This marked the beginning of the Khmer Empire, which flourished for over 600 years. The Indianised kingdom facilitated the spread of first Hinduism and then Buddhism to much of Southeast Asia and undertook many religious infrastructural projects throughout the region. Angkor Wat is the most famous of these structures and is designated as a World Heritage Site. In the fifteenth century, after the rebellion of Ayutthaya, which was formerly ruled by the Khmer Empire, Cambodia experienced the decline of power, while its neighbors Vietnam and Thailand grew stronger. In 1863, Cambodia became a protectorate of France, and later was incorporated into French Indochina of Southeast Asia

This is just one of about 50 satellite images on display at the National Museum of Science and Technology in Milan, Italy.