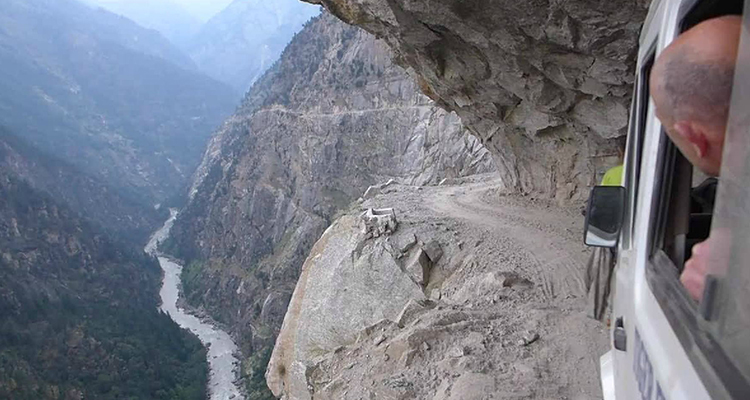 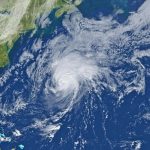 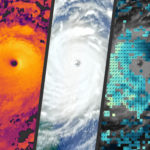 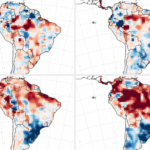 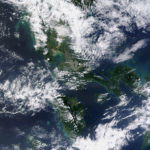 The Himalayan Road is barely a road. It’s more like a gravel foot path that people have decided to use as a road for their vehicles. Not everyone has been successful at getting their vehicle to the other side. Crossing the Himalayas for 17 miles from Zirakpur in Punjab to Parwanoo in Himachal Pradesh, the Himalayan Road should only be attempted by the insane. It actually has cliffs that jut out diagonally TOWARDS the precipice, forcing you to drive your car as close to the unguarded cliff as possible (and sometimes impossible). Have fun, we won’t be there. NASA’s view.

Lifted by the subduction of the Indian tectonic plate under the Eurasian Plate, the Himalayan mountain range runs west-northwest to east-southeast in an arc 2,400 km (1,500 mi) long. Its western anchor, Nanga Parbat, lies just south of the northernmost bend of Indus river. Its eastern anchor, Namcha Barwa, is just west of the great bend of the Yarlung Tsangpo River (upper stream of the Brahmaputra River). The Himalayan range is bordered on the northwest by the Karakoram and the Hindu Kush ranges. To the north, the chain is separated from the Tibetan Plateau by a 50–60 km (31–37 mi) wide tectonic valley called the Indus-Tsangpo Suture. Towards the south the arc of the Himalaya is ringed by the very low Indo-Gangetic Plain. The range varies in width from 350 km (220 mi) in the west (Pakistan) to 150 km (93 mi) in the east (Arunachal Pradesh). The Himalayas are distinct from the other great ranges of central Asia, although sometimes the term ‘Himalaya’ (or ‘Greater Himalayas’) is loosely used to include the Karakoram and some of the other ranges.