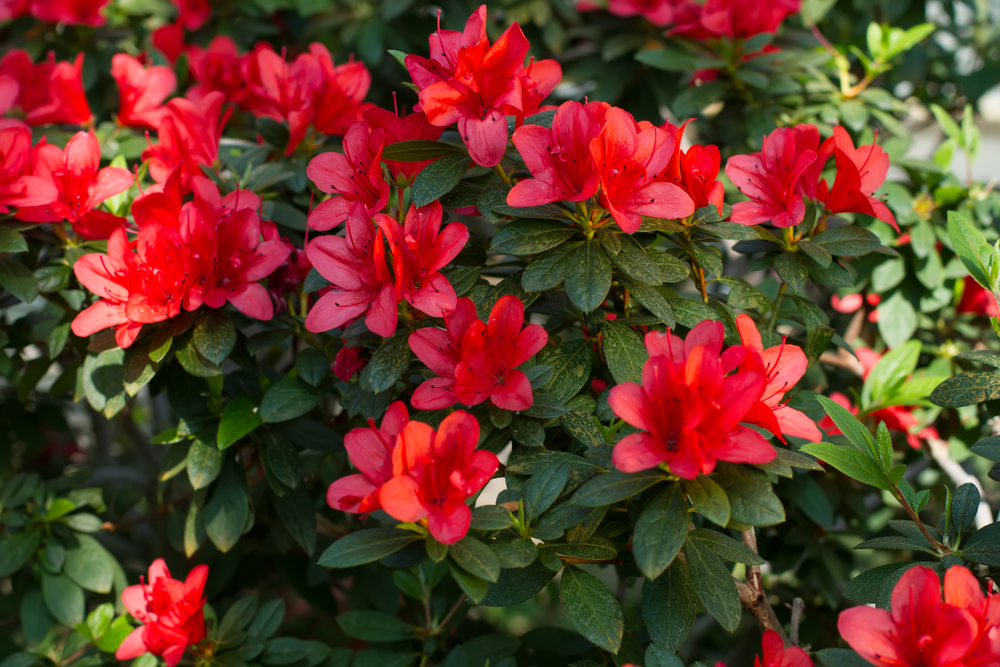 Known to help counteract formaldehyde from sources such as foam insulation and plywood, azaleas are ideal for the basement if there is a sunny spot available. These beautiful flowers thrive in cool and humid spaces.

Azaleas /əˈzeɪliə/ are flowering shrubs in the genus Rhododendron, particularly the former sections Tsutsuji (evergreen) and Pentanthera (deciduous). Azaleas bloom in the spring (May and June in the temperate Northern Hemisphere),their flowers often lasting several weeks. Shade tolerant, they prefer living near or under trees. They are part of the family Ericaceae.

According to azalea historian Fred Galle, in the United States, Azalea indica (in this case, the group of plants called Southern indicas) was first introduced to the outdoor landscape in the 1830s at the rice plantation Magnolia-on-the-Ashley in Charleston, South Carolina. From Philadelphia, where they were grown only in greenhouses, John Grimke Drayton (Magnolia’s owner) imported the plants for use in his estate garden. With encouragement from Charles Sprague Sargent from Harvard’s Arnold Arboretum, Magnolia Gardens was opened to the public in 1871, following the American Civil War. Magnolia is one of the oldest public gardens in America. Since the late 19th century, in late March and early April, thousands visit to see the azaleas bloom in their full glory.