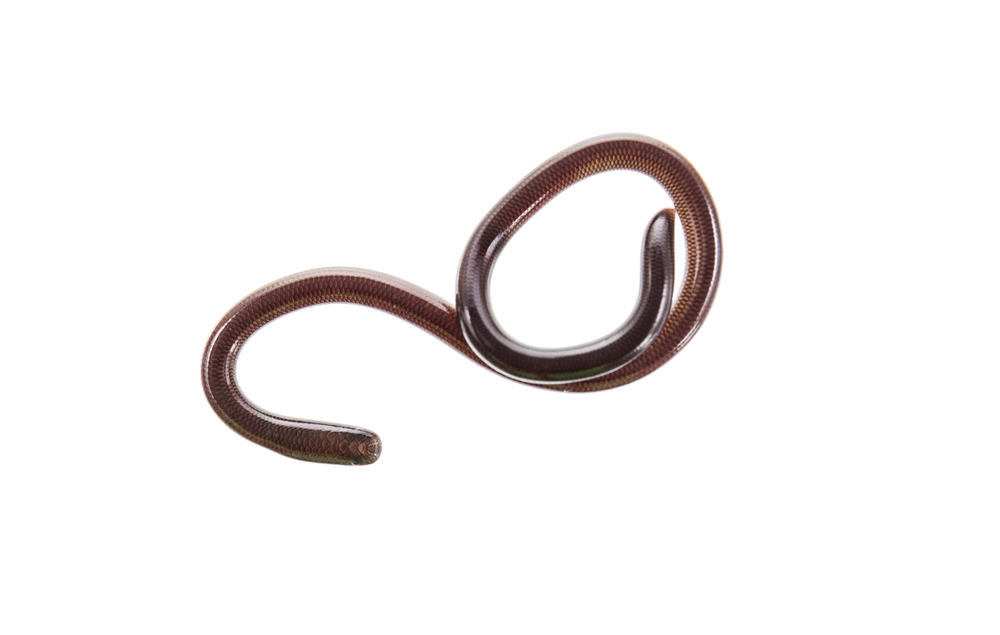 The Slender Blind Snake or THREAD SNAKE (Leptotyphlopidae) rarely exceeds 30 cm (just under 12 inches) in length. They are found in southwestern North America, Central and South America, Africa, Asia, in habitats that range from arid areas to rainforests. With no teeth in upper jaw, this burrowing snake feeds mostly on ants and termites by sucking the contents of insect bodies and discarding the exoskeleton.

These relatively small snakes rarely exceed 30 cm in length; only Trilepida macrolepis and Leptotyphlops occidentalis grow larger. The cranium and upper jaws are immobile and no teeth are in the upper jaw. The lower jaw consists of a much elongated quadrate bone, a tiny compound bone, and a relatively larger dentary bone. The body is cylindrical with a blunt head and a short tail. The scales are highly polished. The pheromones they produce protect them from attack by termites. Among these snakes is what is believed to be the world’s smallest.

These snakes are found in Africa, western Asia from Turkey to eastern India, on Socotra Island, and from the southwestern United States south through Mexico and Central America to South America, though not in the high Andes. In Pacific South America, they occur as far south as southern coastal Peru, and on the Atlantic side as far as Uruguay and Argentina. In the Caribbean, they are found on the Bahamas, Hispaniola, and the Lesser Antilles.