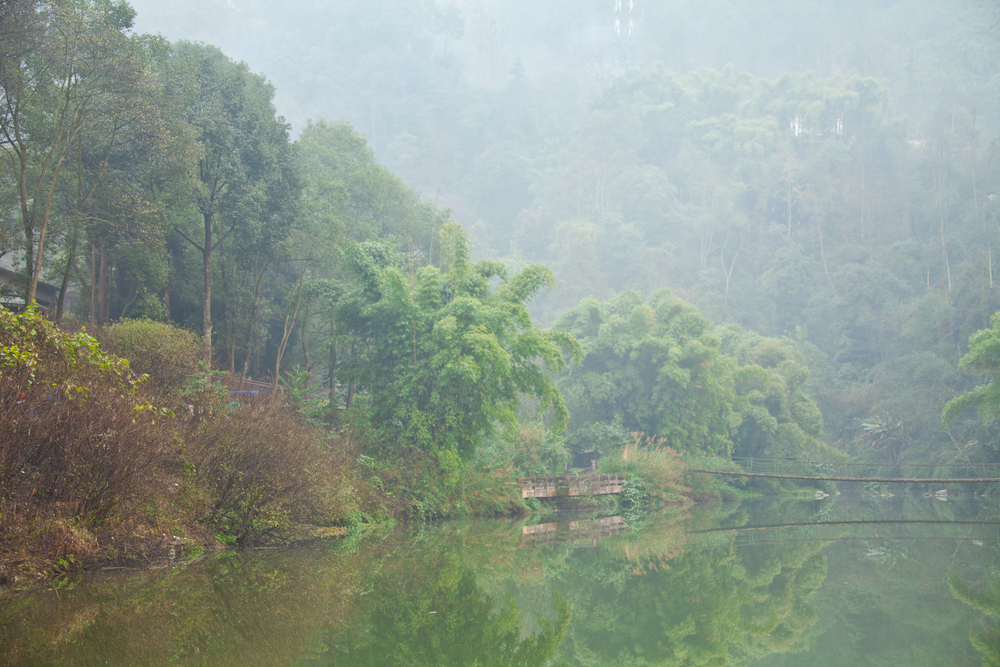 Mount Emei Shan is the tallest of the Four Sacred Mountains of Buddhism as located in the Sichuan Province of China. The “Cloud Sea” there, which is named for the clouds visible above and below from the top of the mountain, is responsible for the heavy rainfall, which averages 8,169 mm annually––the most rainfall in China.

Mount Emei ([ɤ̌.měi]; Chinese: 峨眉山; pinyin: Éméi shān) is a mountain in Sichuan Province, China, and is one of the Four Sacred Buddhist Mountains of China. Mt. Emei sits at the western rim of the Sichuan Basin. The mountains west of it are known as Daxiangling. A large surrounding area of countryside is geologically known as the Permian Emeishan Large Igneous Province, a large igneous province generated by the Emeishan Traps volcanic eruptions during the Permian Period. Also  Emei Shan is beautiful destination spot.

Administratively, Mt. Emei is located near the county-level city of the same name (Emeishan City), which is in turn part of the prefecture-level city of Leshan. It was made a UNESCO World Heritage Site in 1996.Sources of the 16th and 17th centuries allude to the practice of martial arts in the monasteries of Mount Emei made the earliest extant reference to the Shaolin Monastery as Chinese boxing’s place of origin.