50 years after the Apollo 8 mission 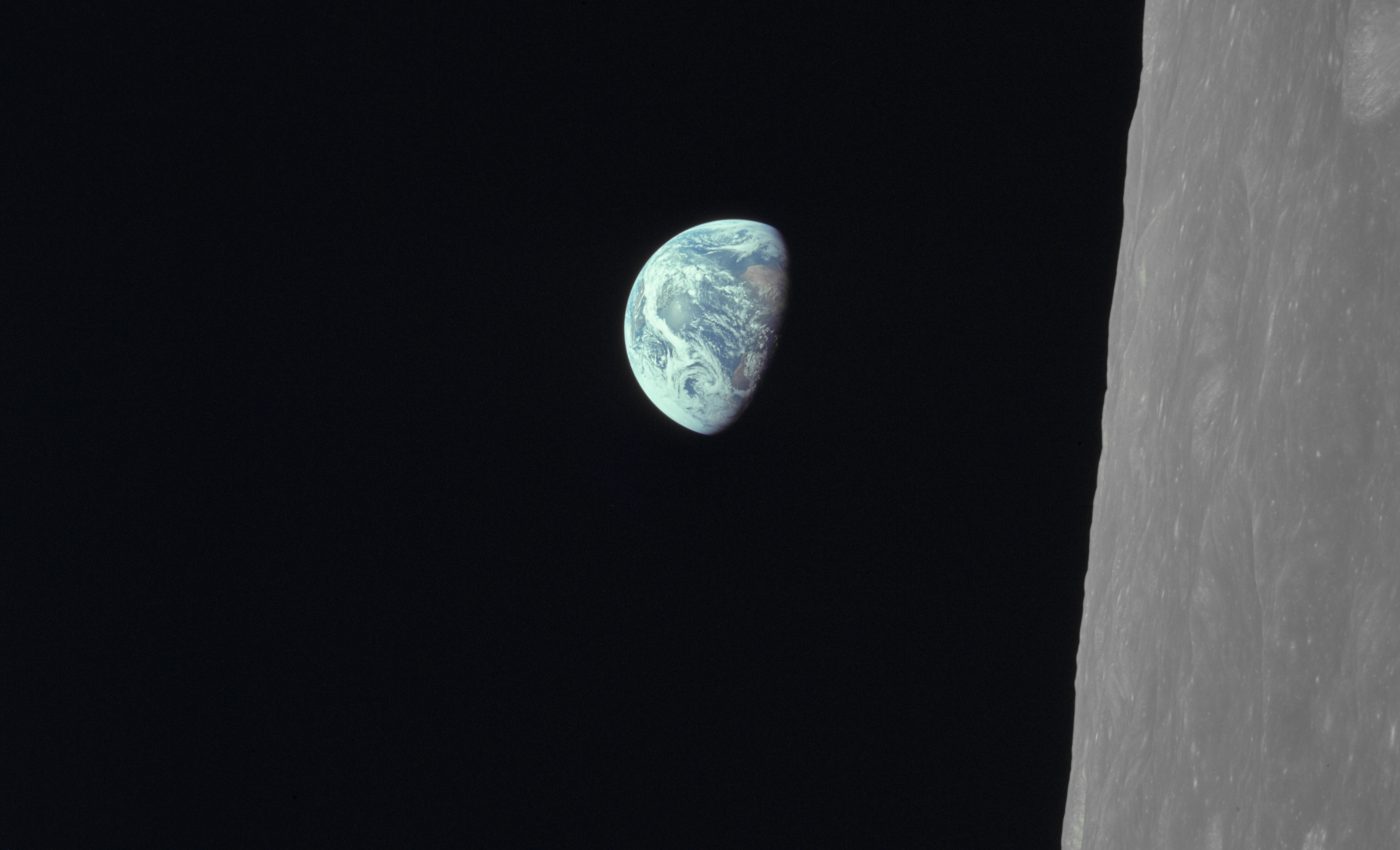 50 years after the Apollo 8 mission Today’s Image of the Day from NASA Earth Observatory features an image taken by the Apollo 8 space crew 50 years ago as they orbited the moon on December 24, 1968.

The photograph was shot by William Anders, and is presented in the same way that he captured the image of the Earth rising in the vertical plane. 50 years after the Apollo 8 mission

During their trip around the moon on Christmas Eve, the astronauts broadcast directly to the largest television audience that had ever been addressed, which was estimated to be half a billion people.

The special broadcast ended with the message: “And from the crew of Apollo 8, we close with good night, good luck, a Merry Christmas, and God bless all of you – all of you on the good Earth.”Apollo 8 was the first crewed spacecraft to leave low Earth orbit and the first to reach the Moon, orbit it, and return.  Its three-astronaut crew—Frank Borman, James Lovell, and William Anders—were the first humans to fly to the Moon, to witness and photograph an Earthrise, and to escape the gravity of a celestial body.

Apollo 8 launched on December 21, 1968, and was the second crewed spaceflight mission flown in the United States Apollo space program after Apollo 7, which stayed in Earth orbit. Apollo 8 was the third flight and the first crewed launch of the Saturn V rocket, and was the first human spaceflight from the Kennedy Space Center, located adjacent to Cape Canaveral Air Force Station in Florida.

Originally planned as the second crewed Apollo Lunar Module and command module test, to be flown in an elliptical medium Earth orbit in early 1969, the mission profile was changed in August 1968 to a more ambitious command-module-only lunar orbital flight to be flown in December, as the lunar module was not yet ready to make its first flight. Astronaut Jim McDivitt’s crew, who were training to fly the first lunar module flight in low Earth orbit, became the crew for the Apollo 9 mission, and Borman’s crew were moved to the Apollo 8 mission. This left Borman’s crew with two to three months’ less training and preparation time than originally planned, and replaced the planned lunar module training with translunar navigation training.