A view of the Grand Canyon from space • Earth.com 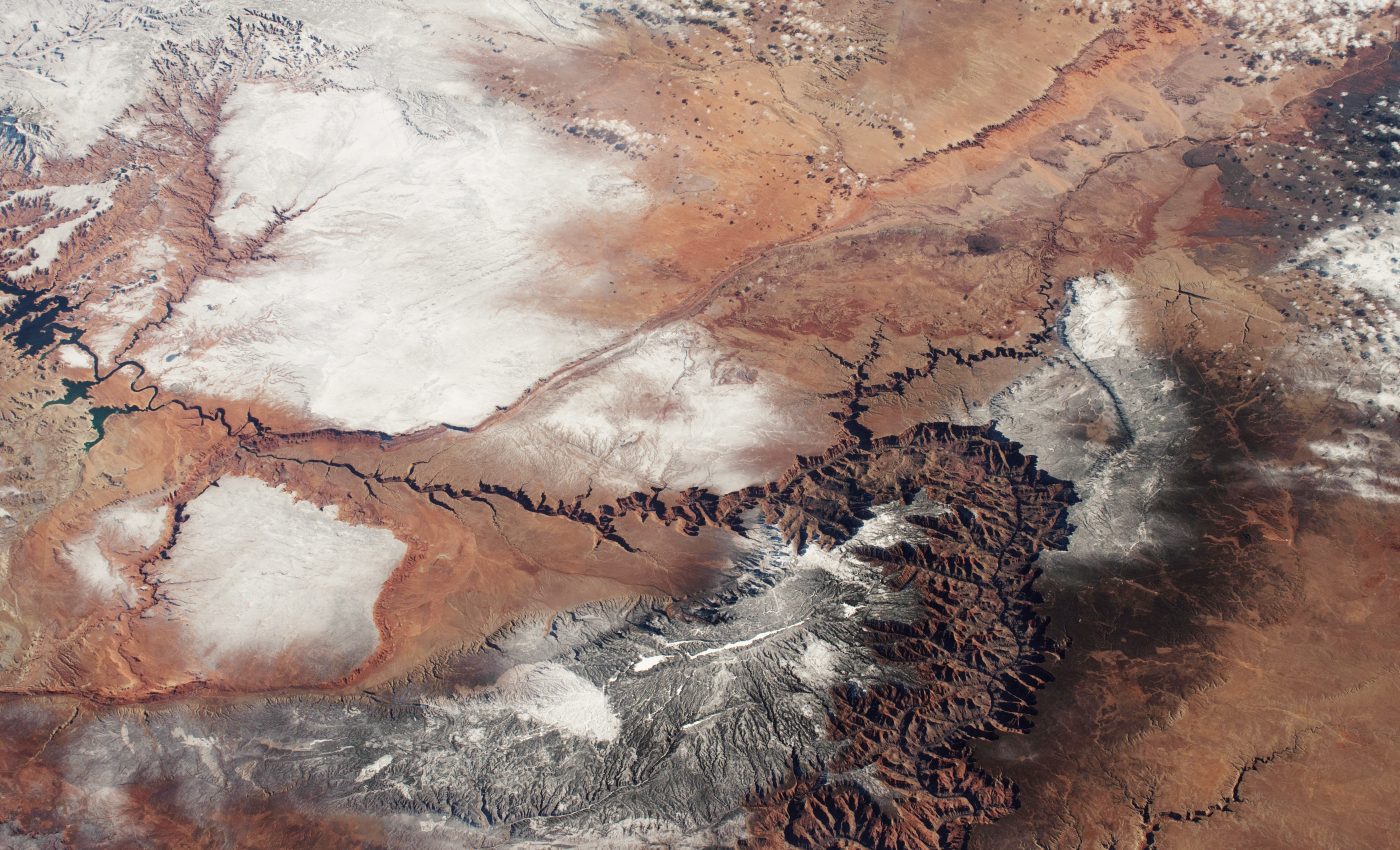 This photograph, which was captured by an astronaut onboard the International Space Station (ISS), offers an entirely different perspective from what can be seen on the ground.

In the image, the white snow represents cold plateaus located in high altitudes. Snow that fell to the lower elevations either did not reach the ground or quickly melted.

Dark green landscapes can be seen im the higher elevations, while the drier country below appears brown.The Grand Canyon (Hopi: Ongtupqa, Yavapai: Wi:kaʼi:la, Navajo: Spanish: Gran Cañón) is a steep-sided canyon carved by the Colorado River in Arizona, United States. The Grand Canyon is 277 miles (446 km) long, up to 18 miles (29 km) wide and attains a depth of over a mile (6,093 feet or 1,857 meters).