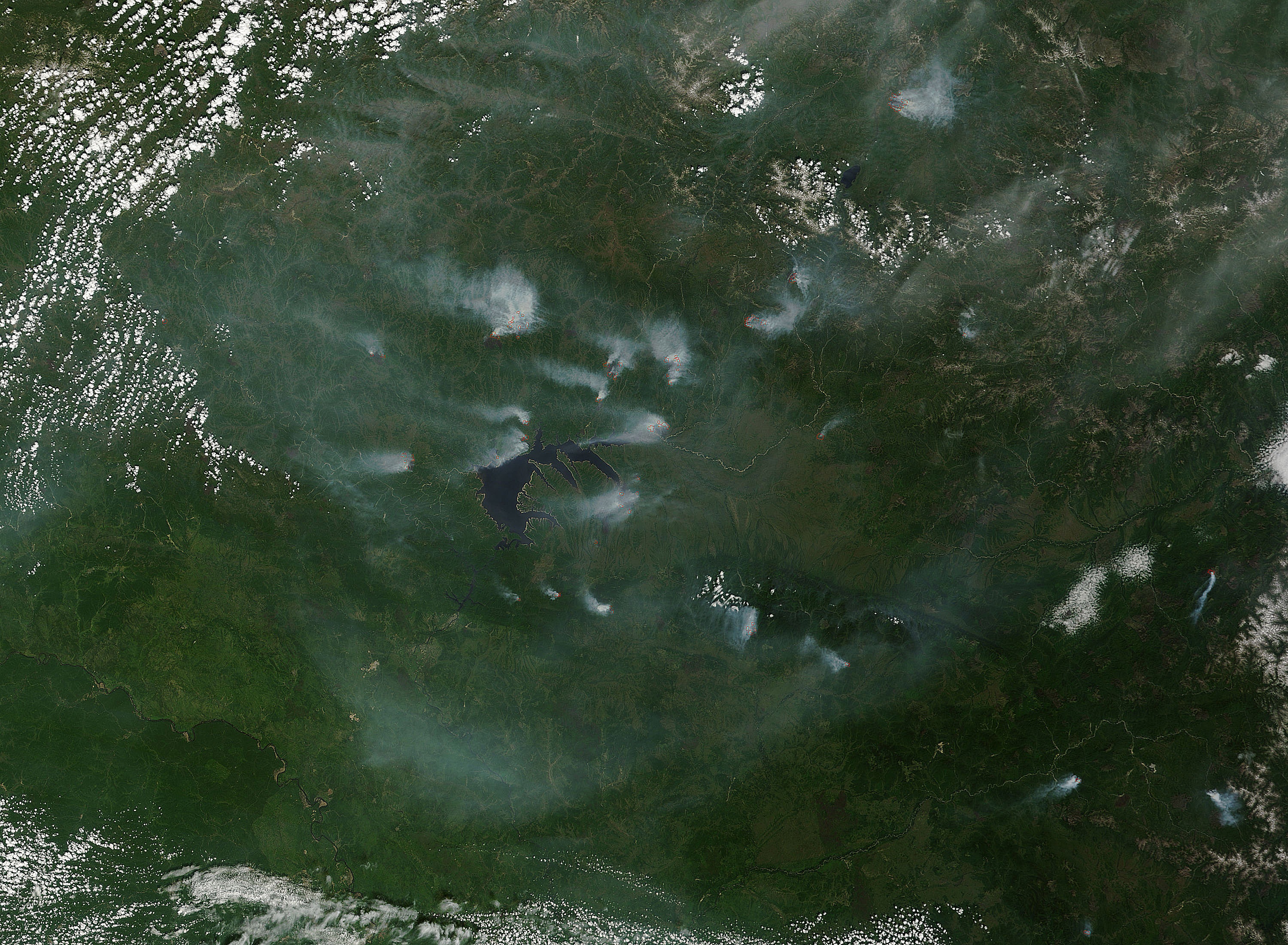 The Siberian fire season began with a vengeance in April of this year – a time when snow typically covers the ground. The most damaging of the early wildfires ignited between April 12 and 16, in the Republic of Khakassia, where 29 people died. In the Republic of Buryatia, just west of this image a record number of acres have burned as of late May (77,000 hectares), despite the imposition of a state of emergency in mid-April. Also Amur Oblast Fires In Eastern Siberia

This image shows fires clustered in Amur Oblast, surrounding the Zeya Reservoir. Each red hotspot is an area with the thermal bands of the MODIS instrument detected high temperatures. When accompanied by smoke, these hotspots are diagnostic for actively burning fires. Many of the fires are quite large, and one, north of the reservoir, has a donut-shaped appearance. This is likely a fire that has burned from the center outward, leaving a central burn scar barren of vegetation and an actively burning perimeter. 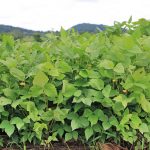 Today's Video of the Day from scientists at Realizing Increased... 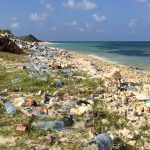 Today's Video of the Day from Flinders University highlights the...