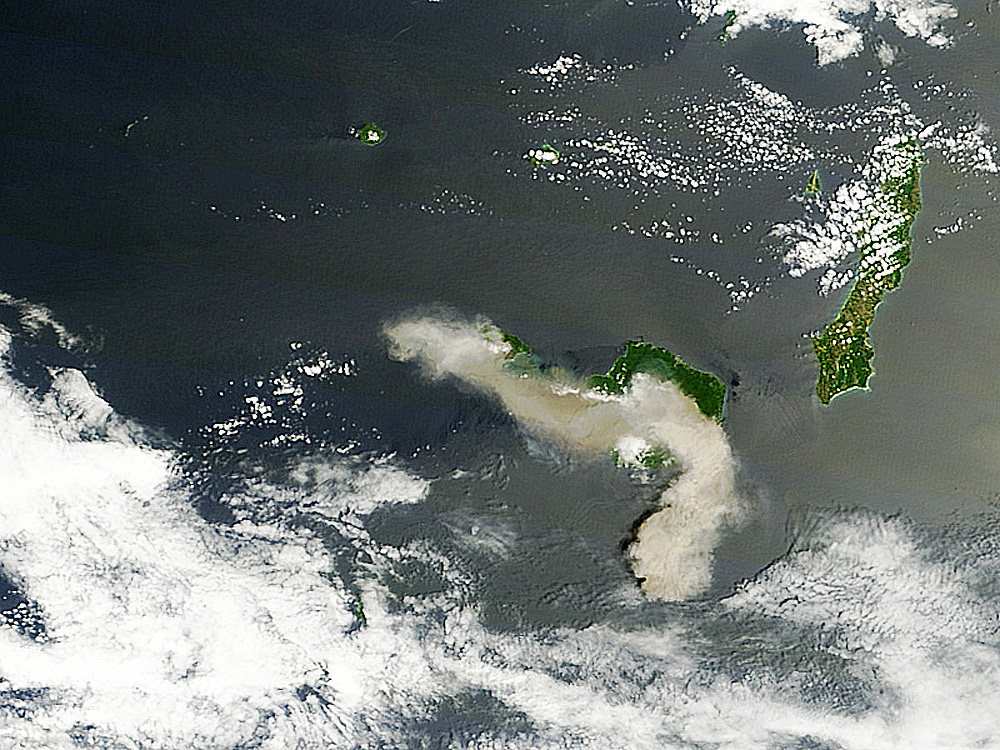 Ash From Mount Shindake In Southern Japan. Mount Shindake, a stratovolcano on Kuchinoerabu island in southern Japan, sent a plume of ash and volcanic gas soaring into the atmosphere on May 29, 2015. The Moderate Resolution Imaging Spectroradiometer (MODIS) on NASA’s Terra satellite captured this image of the eruption at 11:05 a.m. local time (02:05 Universal Time) on May 29.

Winds blew the plume, which obscured most of Kuchinoerabu, southeast toward Yakushima island. The plume reached a height of 9 kilometers (6 miles), according to news reports. The eruption forced more than 100 people to evacuate the island.

Japan (Japanese: 日本, Nippon [ɲippoꜜɴ] (listen) or Nihon [ɲihoꜜɴ] (listen)) is an island country in East Asia. It is bordered by the Sea of Japan to the west and the Pacific Ocean to the east, and spans more than 3,000 kilometres (1,900 mi) along the coast of the continent from the Sea of Okhotsk in the north to the East China Sea and Philippine Sea in the south. Part of the Pacific Ring of Fire, Japan encompasses a stratovolcanic archipelago of about 6,852 islands, with five main islands (Hokkaido, Honshu, Kyushu, Shikoku, and Okinawa) comprising 97% of the country’s total area of 377,975 square kilometres (145,937 sq mi).

Japan is officially divided into 47 prefectures