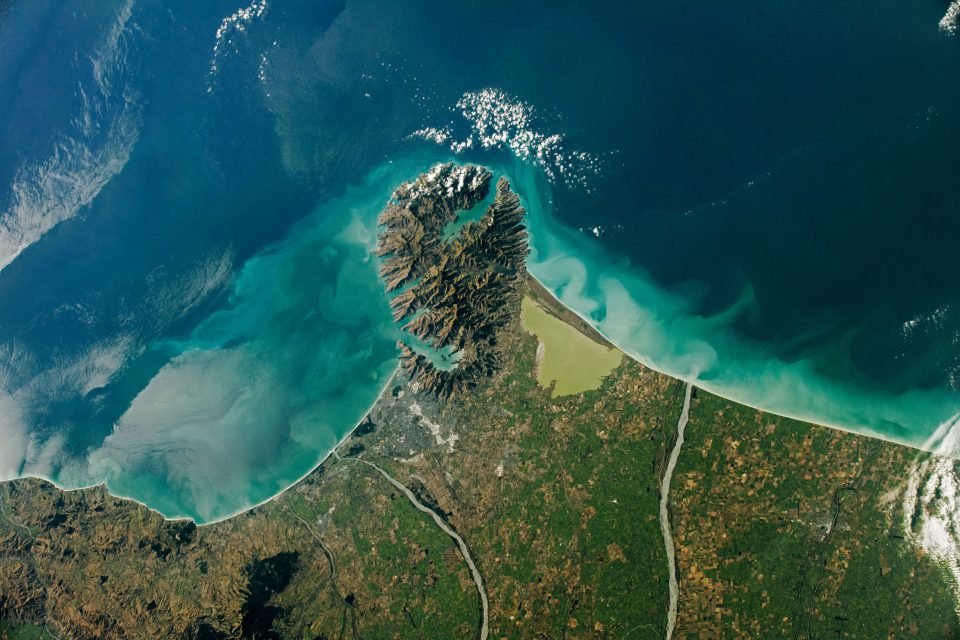 The image also features Christchurch, the largest city on South Island, which is located on the north side of the Banks Peninsula.

According to ESA, shades of blue along the coastline accent sediment-laden waters from where the Waimakariri and Rakaia Rivers enter the ocean. North America is a continent entirely within the Northern Hemisphere and almost all within the Western Hemisphere. It can also be described as the northern subcontinent of the Americas. It is bordered to the north by the Arctic Ocean, to the east by the Atlantic Ocean, to the southeast by South America and the Caribbean Sea, and to the west and south by the Pacific Ocean. Because it is on the North American Tectonic Plate, Greenland is included as part of North America geographically. North America covers an area of about 24,709,000 square kilometers (9,540,000 square miles), about 16.5% of the Earth’s land area and about 4.8% of its total surface. North America is the third-largest continent by area, following Asia and Africa, and the fourth by population after Asia, Africa, and Europe

The sources of these rivers are found in the Southern Alps, a mountain range that runs along most of South Island’s west coast.

The photograph was captured by an astronaut onboard the International Space Station (ISS).