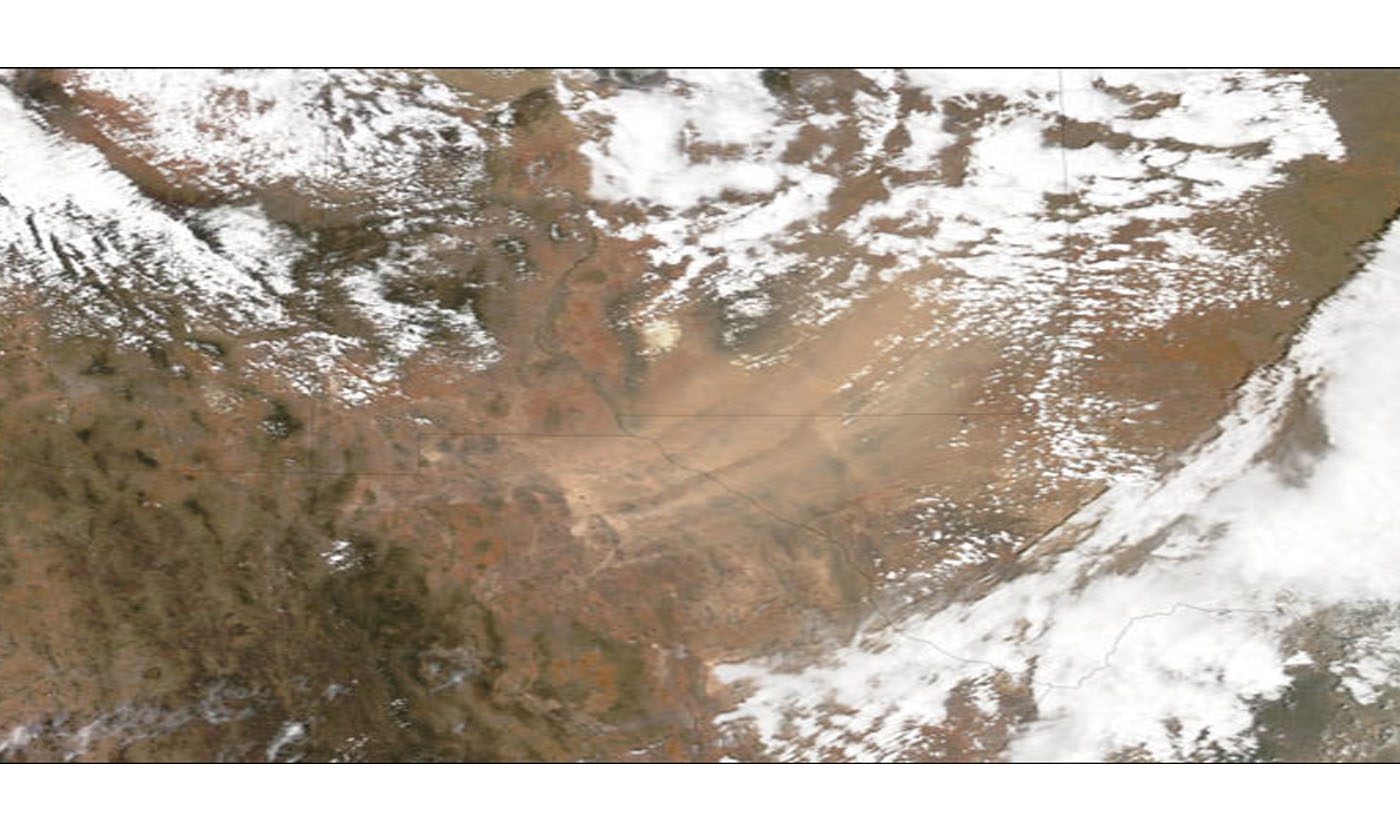 Blowing Dust Affects Mexico and the U.S.. On Wednesday, April 15, 2003, strong winds blew dust from northern Mexico up into the United States, affecting Texas and New Mexico. In New Mexico at least two people were killed when blowing dust reduced visibility and caused a multiple car accident. This true-color Moderate Resolution Imaging Spectroradiometer (MODIS) of the storm was captured by the Aqua satellite, and it shows the blowing dust centered in the image.

Credit: Image courtesy Liam Gumley, based on data acquired by direct broadcast and processed at Space Science and Engineering Center, University of Wisconsin-Madison. Every year, over a hundred million tons of dust get picked up from the deserts of Africa and blow across the Atlantic Ocean, affecting air quality in North and South America.

Some of it reaches as far as the Amazon River Basin, where the minerals in the dust replenish nutrients in rainforest soils, which are continually depleted by tropical rains.The dust research suggests that the dust plays a role in the suppression of hurricanes and the decline of coral reefs as well. Blowing Dust Affects Mexico and the U.S. is common around storm season and will happen often when the temps change.