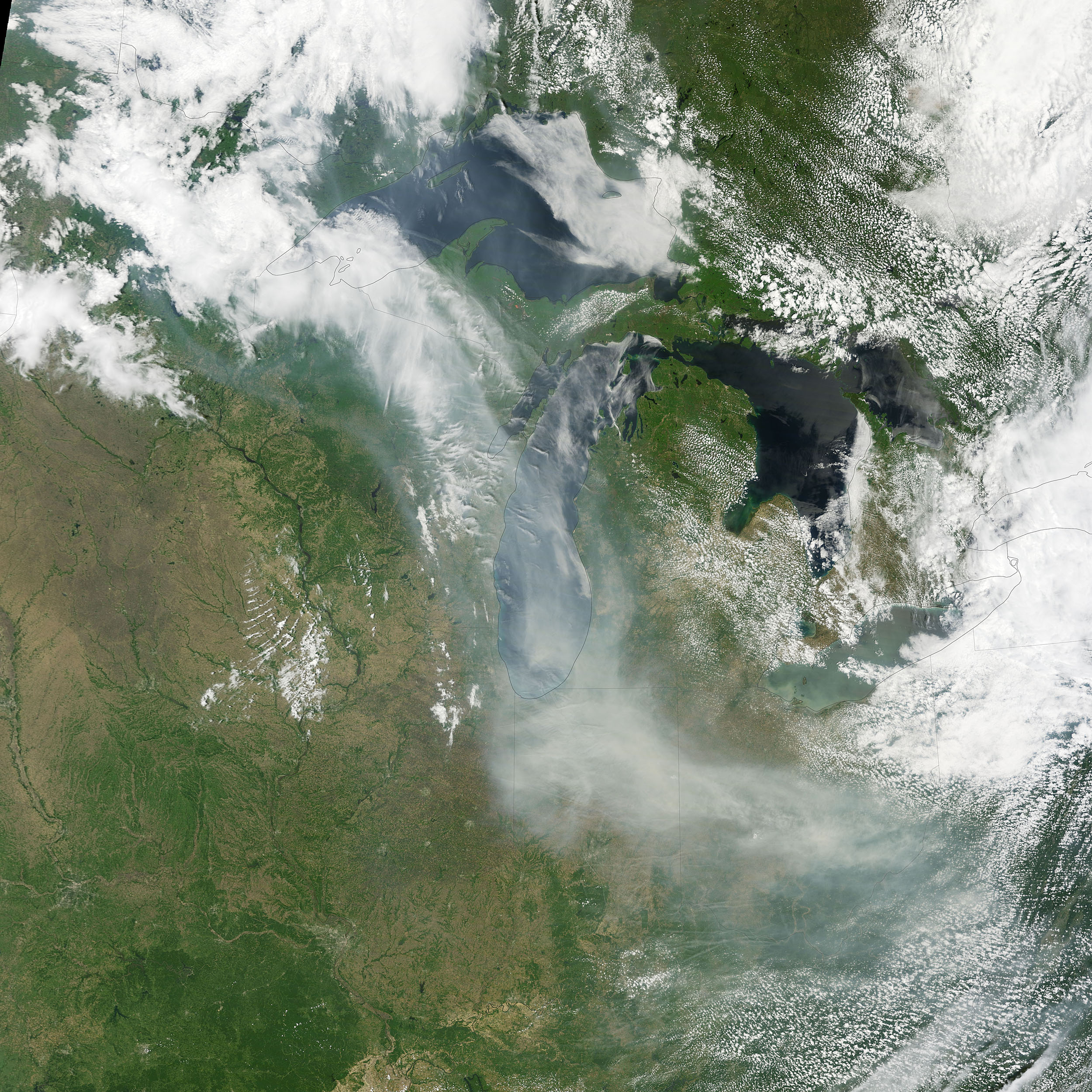 Residents of the U.S. Midwest and eastern states might have noticed that the Sun appeared to have a slightly different hue in early June 2015. It was not your imagination. Smoke from Canadian wildfires cast a hazy mask over the atmosphere that gave the Sun a deeper orange-red color. Canadian Wildfires Send Smoke Over America has caused massive smoke around the area.

The Moderate Resolution Imaging Spectroradiometer (MODIS) on NASA’s Terra satellite captured this natural-color view of the smoke plume as it passed over Wisconsin, Michigan, Indiana, Ohio, and West Virginia on the morning of June 9, 2015. Smoke reached Mid-Atlantic states by that evening.

The series of images below shows the plume’s movement. They were acquired by the Ozone Mapping Profiler Suite (OMPS) on the Suomi NPP satellite. Smoke from fires burning in Alberta, Canada, is visible on June 7 over Canada’s Saskatchewan and Manitoba provinces (left). The smoke entered the United States over Minnesota on June 8 (middle), and then moved over the Midwest on June 9 (right).

“Smoke like this is quite common in the northern hemisphere high latitudes due to large wildfires in places like central Canada, Alaska, and Siberia,” said National Oceanic and Atmospheric Administration (NOAA) research meteorologist Dan Lindsey. “Under the proper atmospheric flow conditions, sometimes the smoke will advect over the United States, as it did in this case.”

NOAA research meteorologist Mark Ruminski agreed that it’s common to see smoke in northern latitudes, and also in the western United States, where large areas of forest are prone to burning. It’s less common to see thick plumes move into the Ohio Valley and Mid-Atlantic. “It’s not unprecedented, but smoke this thick is not common in these parts,” he said.

The June 2015 plume was at an altitude of about 2 to 5 kilometers (7,000 to 16,000 feet). That could mean reduced visibility and deteriorated conditions for some aircraft pilots .Canadian Wildfires Send Smoke Over America showing in the image.