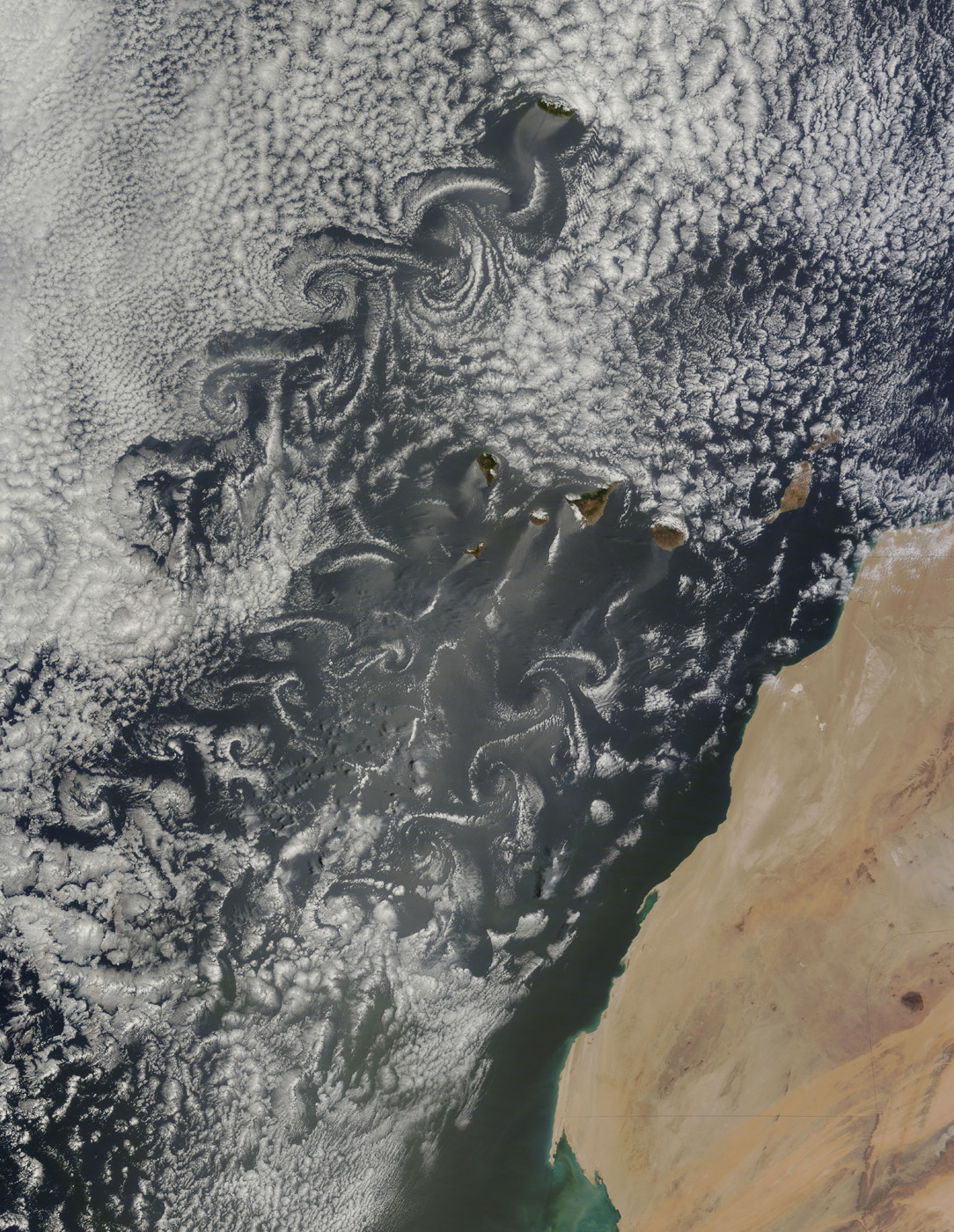 Canary Islands Kick up von Kármán Vortices. Looking up at the sky to enjoy the diversity and beauty of clouds is a pastime as ancient as humanity itself. Yet only during the past century—thanks to the Wright brothers and other pioneering aviators—have we had the ability to look down on clouds from above.

While a top-down view of clouds has led to important advances in meteorology and atmospheric science, it has also produced something much more difficult to quantify—simple beauty. For instance, on May 20, 2015, the Moderate Resolution Imaging Spectroradiometer (MODIS) on NASA’s Terra satellite captured this view of several cloud vortices swirling downwind of the Canary Islands and Madeira.

Theodore von Kármán, a Hungarian-American physicist, was the first to describe the physical processes that create long chains of spiral eddies like the ones shown above. Known as von Kármán vortices, the patterns can form nearly anywhere that fluid flow is disturbed by an object. In this case, the unique flow occurs as winds rush past the tall peaks on the volcanic islands. As winds are diverted around these high areas, the disturbance in the flow propagates downstream in the form of vortices that alternate their direction of rotation.

Satellite sensors have spotted von Kármán vortices around the globe before, including off of Guadalupe Island, near the coast of Chile, in the Greenland Sea, in the Arctic, and even next to a tropical storm.However, this scene is particularly notable for the fact that three distinct streams of vortices are visible.