Changes in Everglades National Park in the past 30 years • Earth.com

Changes in Everglades National Park in the past 30 years 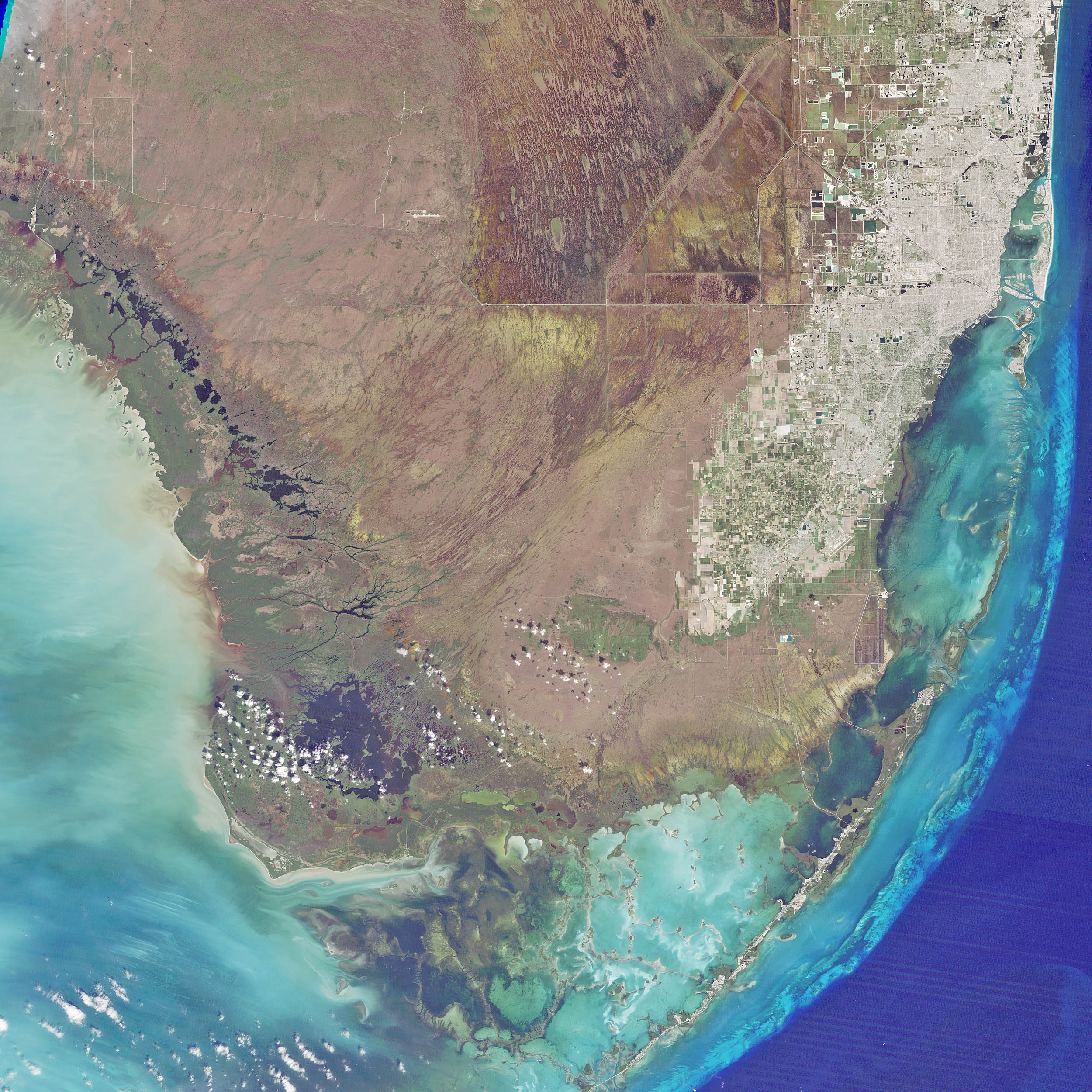 The Everglades is an enormous area of land in South Florida, consisting of 1.5 million acres of wetland. Everglades National Park protects the southern 20 percent of the original Everglades.

Florida’s Everglades National Park is not your ordinary protected area. Its unique ecosystem is also a UNESCO World Heritage Site, an International Biosphere Reserve, and a Wetland of International Importance. But the region has long been shaped by people, and in a network of ecosystems like this, the effects can be felt inside and outside the park.

The Everglades are the largest subtropical wilderness in the United States, with the park covering 6,105 square kilometers (2,357 square miles) of Florida’s southern tip. These two Landsat images show how the eastern half of the park has changed over the span of three decades. The Thematic Mapper on Landsat 5 acquired the first image on November 2, 1985; the second image was captured by the Operational Land Imager (OLI) on Landsat 8 on October 17, 2014. Turn on the image comparison tool to see the change. 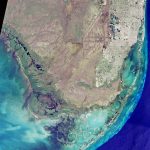 Joel Trexler, a marine biologist at Florida International University, explained that the Everglades sit atop a bedrock of limestone (karst). The limestone makes the water rich in calcium carbonate, affecting everything from the biogeochemistry to type of plants and animals found in the region. “Its ecology is most similar to wetlands in the Yucatan Peninsula and other areas of the Caribbean, and quite different from other wetlands in the United States,” Trexler said. “There are no other karstic Caribbean wetlands as large as the Everglades.”

The Everglades were once much larger. They drained wide, shallow, slow-moving sheets of water through a range of ecosystems from Lake Okeechobee and the Kissimmee River Floodplain, all the way to Florida Bay. But throughout the 1900s, people drained areas for agriculture and development and started building structures to manage the water for a growing coastal population. A small fraction of the original Everglades was designated as a National Park in 1947.

“People have been building canals and levees in the Everglades to divert water and store the wet-season accumulation for use to recharge urban aquifers to the east during the dry season,” Trexler said. “These features are clearly visible in both images, and are the focus of efforts to restore the ecosystem and regain ecological functions lost by compartmentalizing and diverting water from large areas.”

Researchers have shown that freshwater diverted from Shark River Slough, for example, can reduce the amount of freshwater that reaches Florida Bay. Less freshwater, in turn, affects the salinity and biology in coastal areas. When these images were acquired, South Florida was late in the wet season, which runs through November. Water depths in both images were about average for the time of year.

Many of the canals and much of the urban growth started before the advent of Earth-observing satellites, but there are still notable changes to the landscape since 1985. The tan-colored area of urban development (Homestead) east of the park has expanded. A series of large green areas also show up in the 2014 image, forming a nearly straight line along the western side of the developed area. Trexler notes that these are water retention areas, created to hold freshwater and create a barrier to seepage from the Everglades out of the park.

Inside the park, you can see a green patch of vegetation called Pine Island (also the location of the park headquarters). Other bright green areas in the 2014 image are restoration areas. These are areas where there was a large-scale removal of invasive plants and the natural wetland habitat was restored.