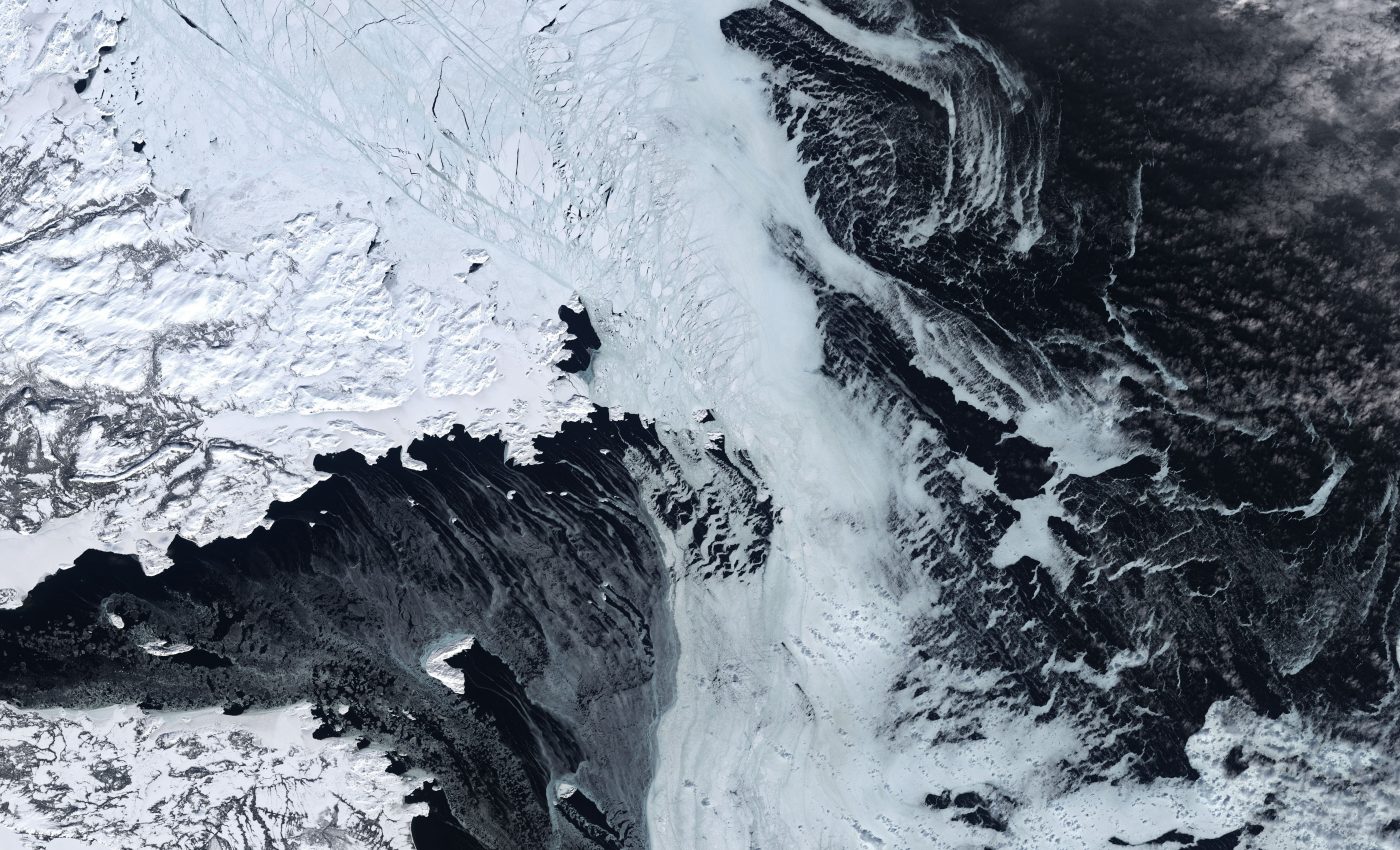 Changing ice patterns on the Labrador Sea Today’s Image of the Day from NASA Earth Observatory features ice of various shapes across the Labrador Sea, located between Greenland and Canada’s Labrador Peninsula.

The sea is part of the North Atlantic Ocean and connects to the Arctic Ocean through various straits to the north.

Wind, waves, and currents move the ice around on the surface of the northern seas and create beautiful patterns. The Labrador Sea formed upon separation of the North American Plate and Greenland Plate that started about 60 million years ago and stopped about 40 million years ago. A sedimentary basin, which is now buried under the continental shelves, formed during the Cretaceous. Onset of magmatic sea-floor spreading was accompanied by volcanic eruptions of picrites and basalts in the Paleocene at the Davis Strait and Baffin Bay. Between about 500 BC and 1300 AD, the southern coast

According to NASA, the Labrador Sea region often displays a beautiful palette of textures as the atmosphere interacts with the ice and water. The Labrador Sea was created after the separation of the Greenland Plate and North American Plate, which began 60 million years ago and ended 40 million years ago. During the inception stages of the Cretaceous period, a sedimentary basin was formed, which is now buried under the continental shelves. The southern coast of the Labrador Sea was occupied by Inuit, Beothuk, and Dorset peoples from approximately 500 BCE until 1300 CE.

The image was captured on March 27, 2021 by the Moderate Resolution Imaging Spectroradiometer (MODIS) on NASA’s Aqua satellite.