Chile Earthquake On The Radar 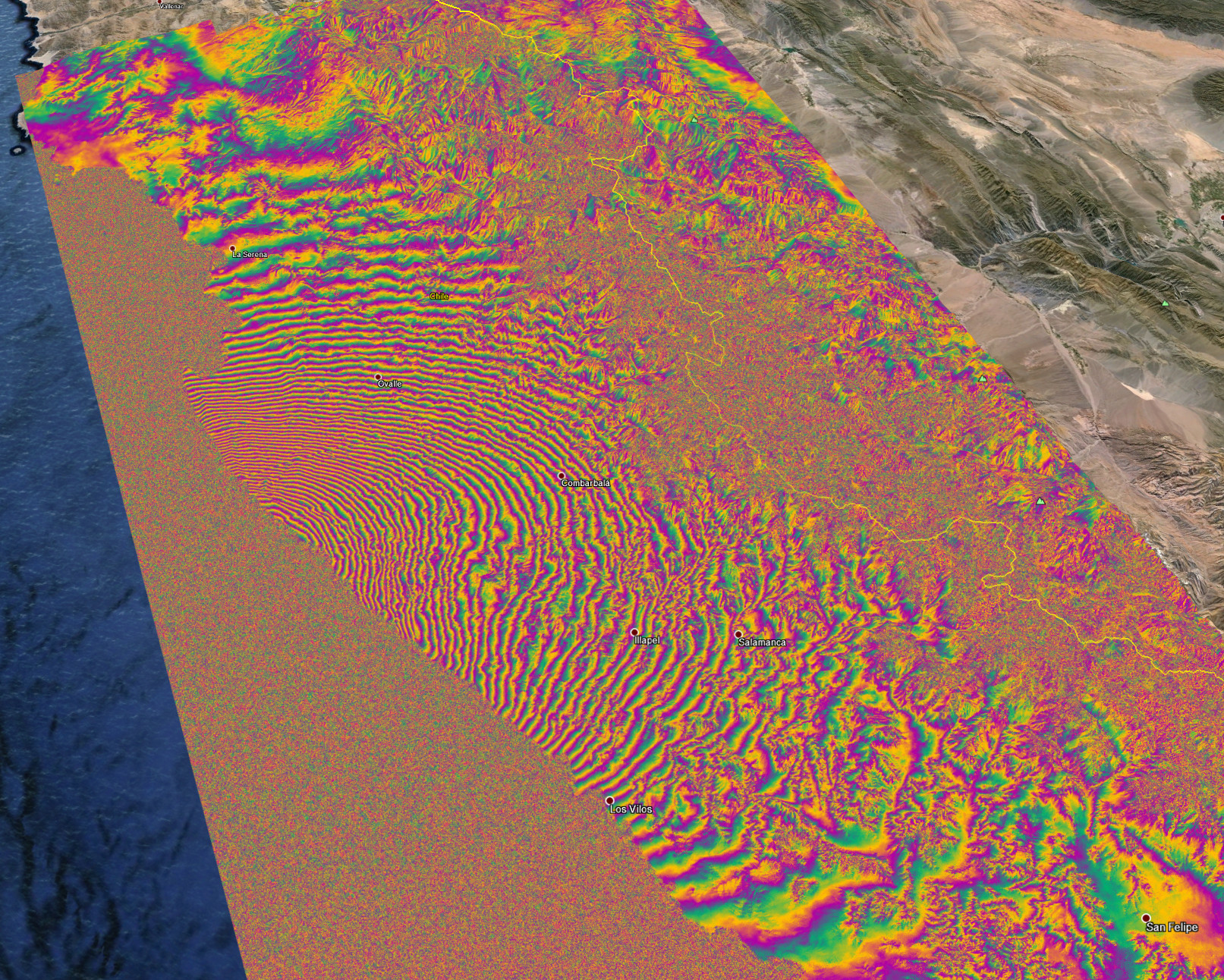 Chile Earthquake On The Radar On September 16, 2015, an 8.3 magnitude earthquake struck the coast of central Chile, triggering tsunami warnings and coastal evacuations. Lasting three minutes, this powerful earthquake occurred along the boundary of the Nazca and South American tectonic plates. NASAs view.

By combining Sentinel-1A radar scans from 24 August and 17 September, the rainbow-coloured patterns in the image show how the surface has shifted as a result of the quake. ‘Interferograms’ such as these allow scientists to quantify ground movement. By counting the ‘fringes’, it is estimated that the earthquake caused a displacement of 1.4 m along the viewing direction of the radar observation. In addition, a 0.5 m horizontal movement is estimated along the flight direction of the satellite.

Sentinel-1A’s all-weather, day-and-night radar imagery is particularly suited to support impact assessment for many types of geohazards. Read more about ESA’s InSARap project. Also Chile Earthquake On The Radar has developed many damages in the area.

Sentinel-1A was developed and is operated by ESA. It was the first satellite launched for Europe’s environmental monitoring Copernicus programme, which is led by the European Commission. Also all of the radars showing the movement and amount of damage.