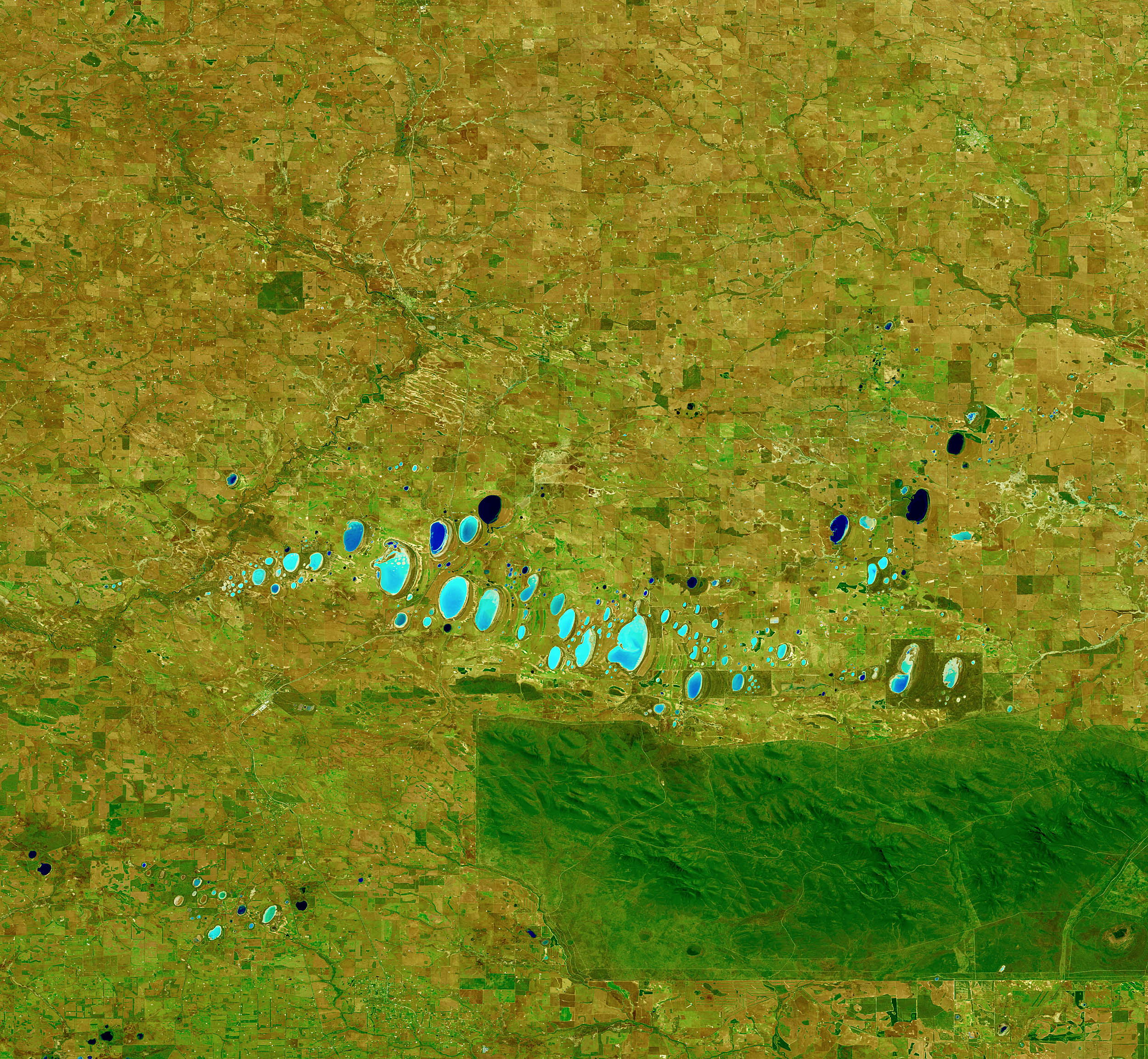 Colorful Saltine Lakes in Western Australia. Thousands of saline lakes span the southwestern part of Western Australia. These images of a chain of lakes were acquired on October 21, 2015, with the Operational Land Imager (OLI) on Landsat 8. The lakes are located at the headwaters of the Frankland River, just north of Stirling Range National Park.

“Many of the salt lakes in Western Australia are found along the valleys of ancient river systems that no longer flow,” said Adrian Fisher, remote sensing scientist at the University of Queensland. “I’m pretty sure that the lakes in the image are an example of this.” NASA’S view.

Adrian Pinder, a wetland ecologist at Western Australia’s Department of Parks and Wildlife, agrees. Millions of years ago, declines in rainfall caused river flows to ebb and river valleys to fill in with sediment. Wind then sculpted the loose sediment to form the lake basins that remain today. (The wind also sculpted some of the lighter sediments into parallel dunes that fringe each lake downwind to the east-southeast.) Some of the lakes now fill with runoff directly from the Stirling Range; others are controlled primarily by groundwater.

But why do the lakes display such a wide range of colors? The top image shows the area in natural color (OLI bands 4, 3, 2), in which the lakes appear in various shades of brown and pink. According to Pinder, they differ in color as a result of differing sediments, aquatic and terrestrial plant growth, water chemistry, algae, and hydrology. The second image shows the same area in false-color (bands 6, 5, 3). The shortwave infrared band can be helpful in differentiating wet earth from dry earth. Colorful Saltine Lakes in Western Australia

In both images, one of the lakes appears very dark blue. “The dark one may be more permanent, or at least had water when the image was taken,” Pinder said.

Many of the saltwater lakes in this region are ephemeral. Still, a range of salt-loving aquatic invertebrates, such as brine shrimp, have adapted to the tough conditions. They can handle both the temporary absence of water, and water that can be several times saltier than seawater.