Crumbling ice arch in the Arctic 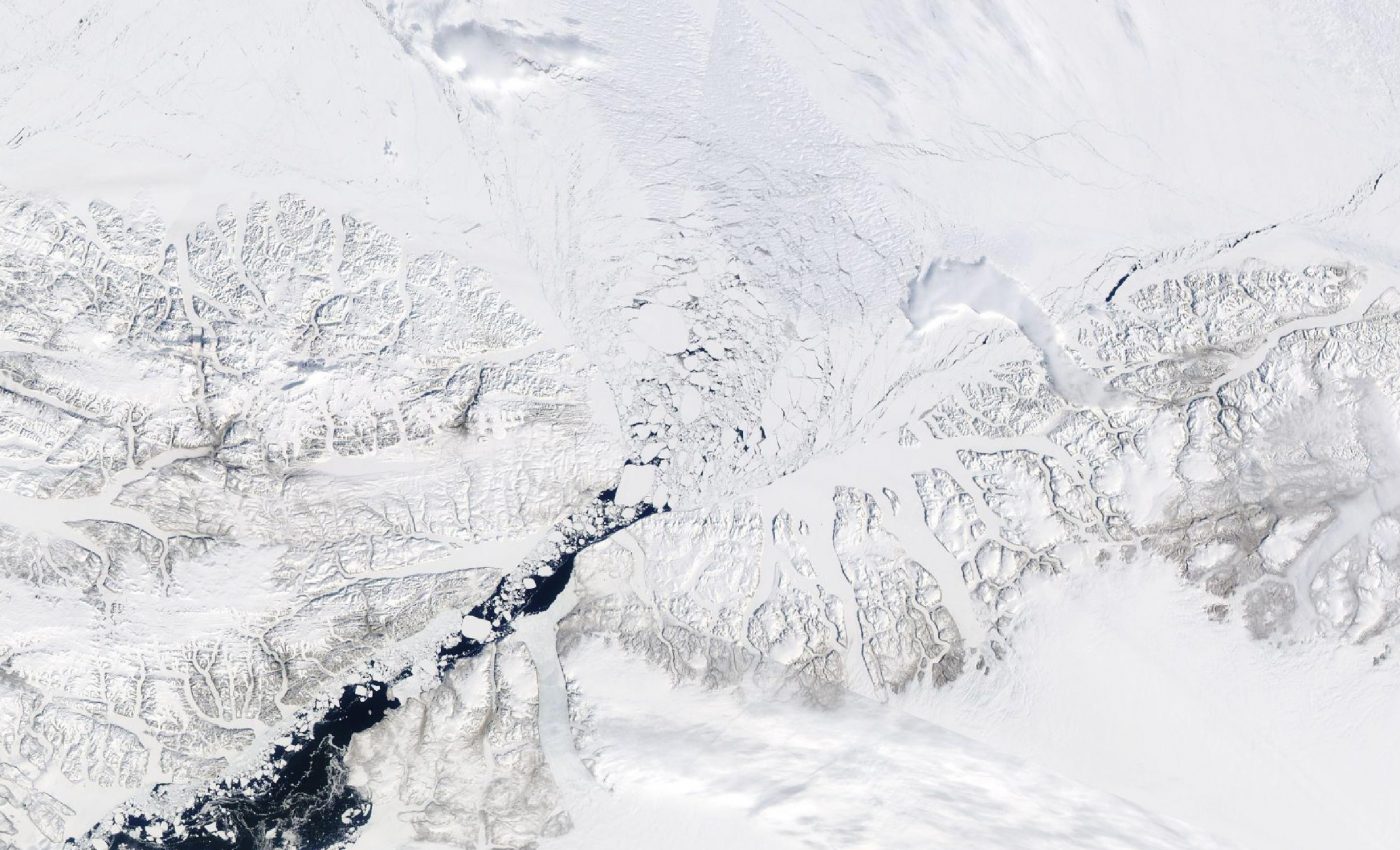 Today’s Image of the Day from NASA Earth Observatory features an ice arch that prevents sea ice from drifting out of the Arctic Ocean.

The arch usually forms each year in the fall or winter and breaks up by June or July. This year, however, the arch disintegrated months earlier in late March.

“The timing of the breakup affects the amount of old and thick ice that flows out of the central Arctic,” explained NASA scientist Nathan Kurtz. “The early breakup this year will likely contribute to the overall loss of Arctic sea ice thickness.”

This image was captured in May by the Moderate Resolution Imaging Spectroradiometer (MODIS) on NASA’s Terra and Aqua satellites.