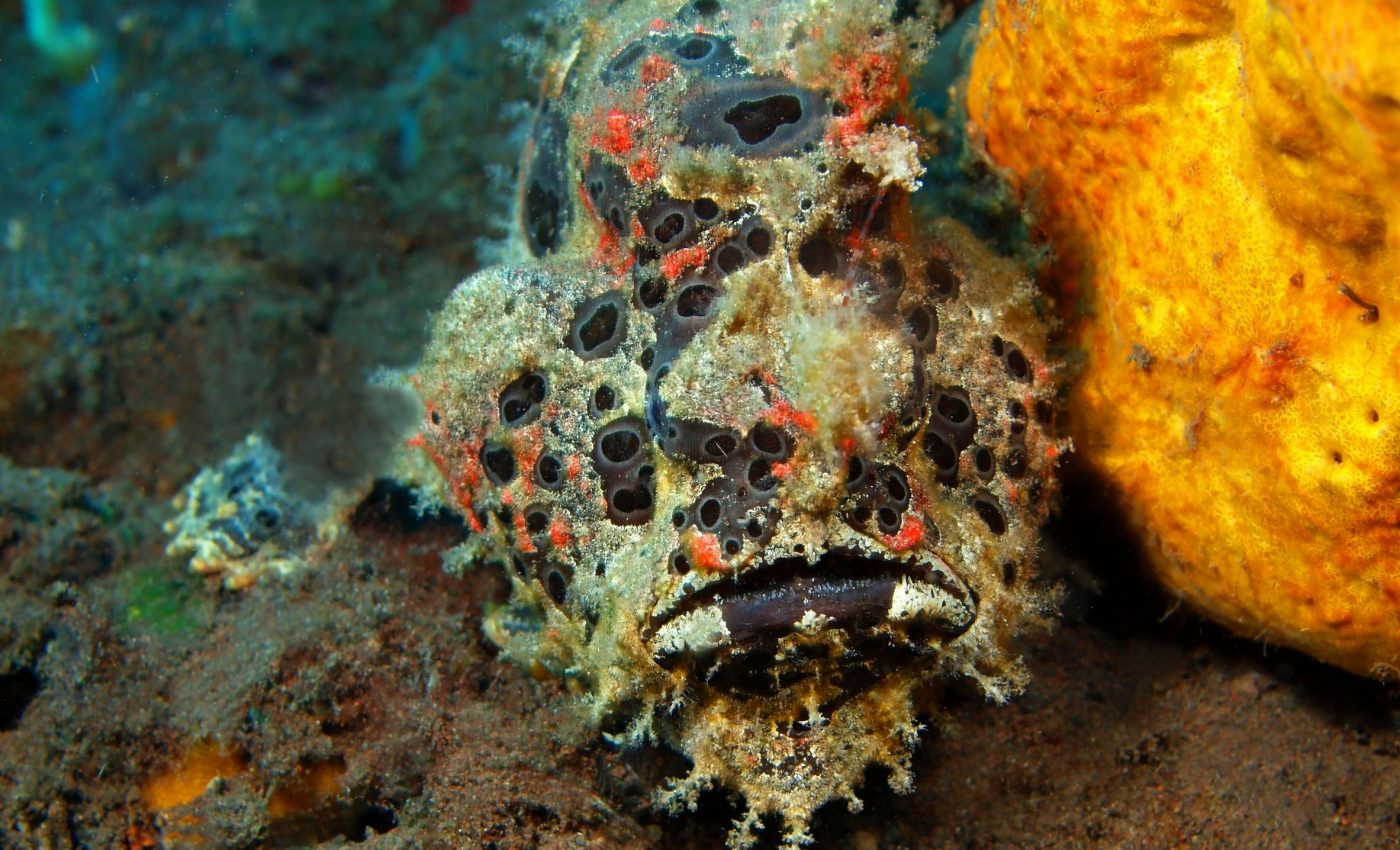 This fish, originally thought to be a pink deep sea anglerfish (Chaunax pictus),

tries to scare off the Johnson Sea-Link by raising itself on its pelvic fins.

This fish has subsequently been identified as a redeye gaper.

Although some anglerfish are also notable for extreme sexual dimorphism and sexual symbiosis of the small male with the much larger female, seen in the suborder Ceratioidei.

You will find that these species, males may be several orders of magnitude smaller than females.