Dust Blowing Over the Red Sea 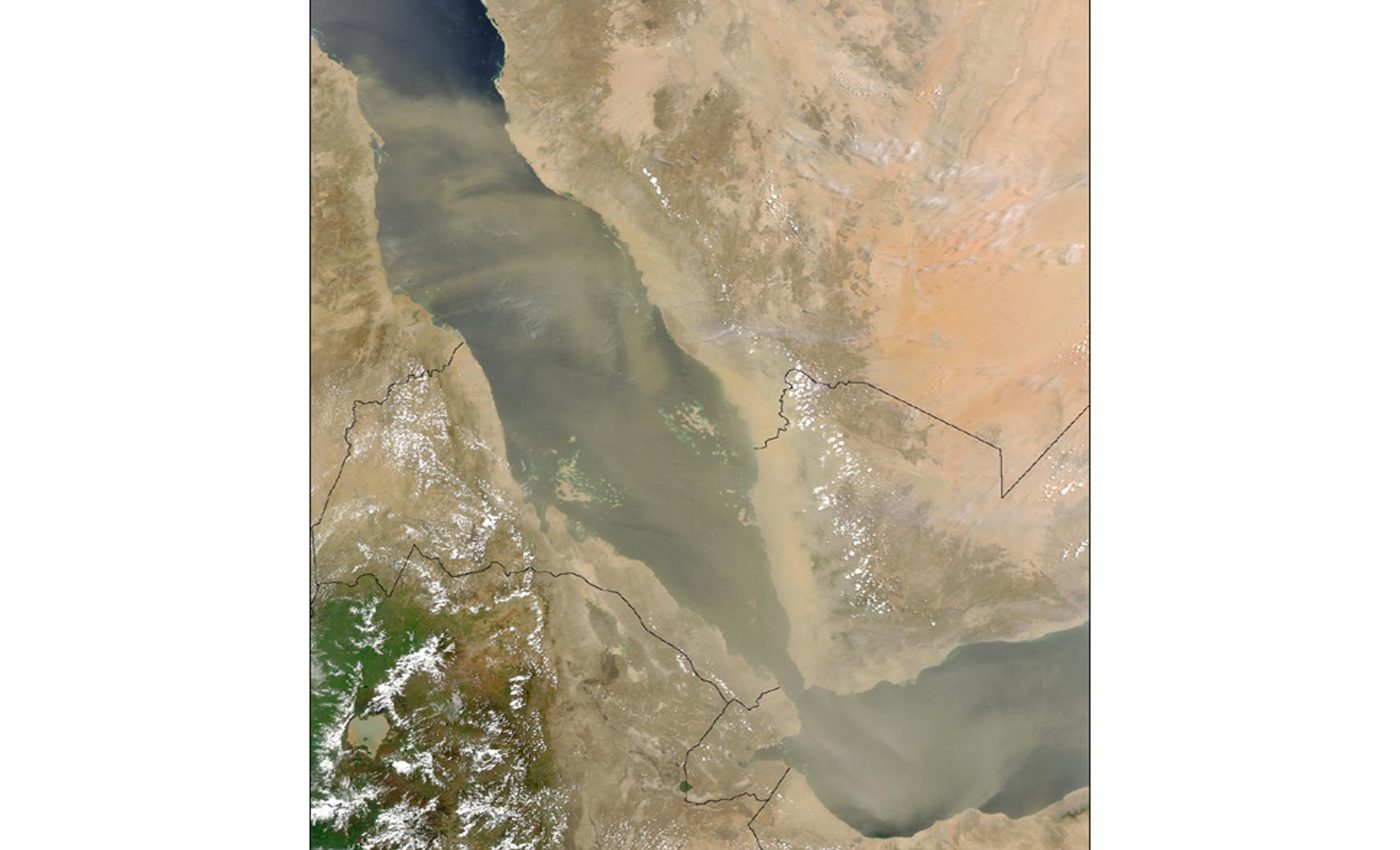 Thick plumes of dust have been sweeping eastward from Africa over the Red Sea. On July 9, 2003, the dust storm appears to have intensified, both in terms of thickness and extent. The light tan color of the dust obscures the view of much of the surface below, extending from the northern portion of the Red Sea (upper left of this scene) to the Gulf of Aden (lower right). This image was acquired by the Moderate Resolution Imaging Spectroradiometer (MODIS) on the Aqua satellite.

The Red Sea is a seawater inlet of the Indian Ocean, lying between Africa and Asia. The connection to the ocean is in the south through the Bab el Mandeb strait and the Gulf of Aden. To the north lie the Sinai Peninsula, the Gulf of Aqaba, and the Gulf of Suez (leading to the Suez Canal). The Red Sea is a Global 200 ecoregion. The sea is underlain by the Red Sea Rift which is part of the Great Rift Valley.