The famous tulip fields of the Netherlands from space • Earth.com

The famous tulip fields of the Netherlands from space 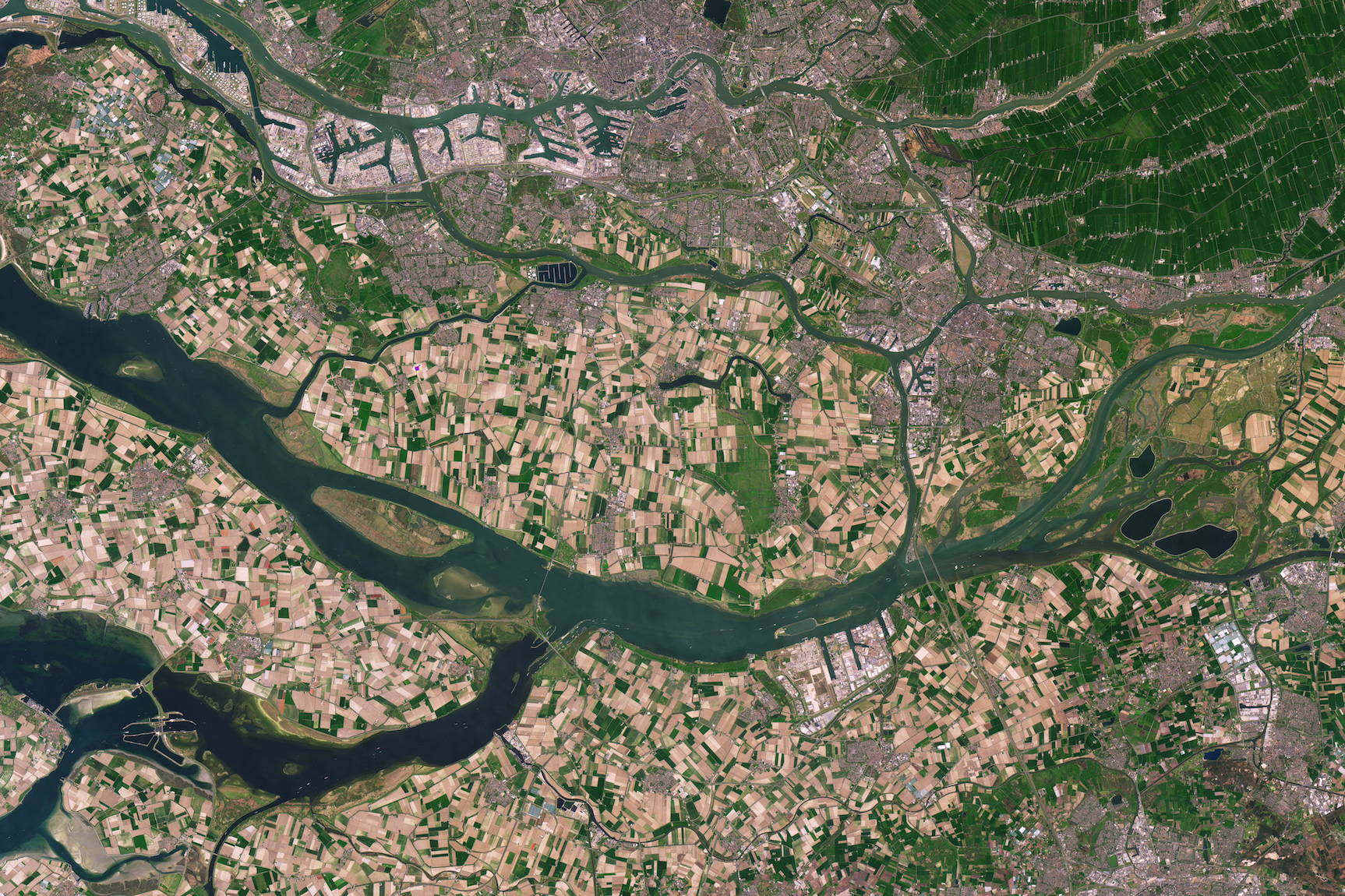 Today’s Image of the Day comes courtesy of the NASA Earth Observatory and features a look at the stunning tulip fields of the southern Netherlands.

The photo was taken on April 9, 2017 by the Operational Land Imager (OLI) onboard the Landsat 8 satellite and covers roughly 40 miles of Dutch countryside.

This particular area is known as the “bulb region” due to its famous tulip blooms, along with other varieties which include daffodils, hyacinths, and crocuses. The flowers bloom for a number of weeks, boasting stunning shades of pink, red, and yellow until they peak in late April.