Fire and Smoke in Southeast Australia 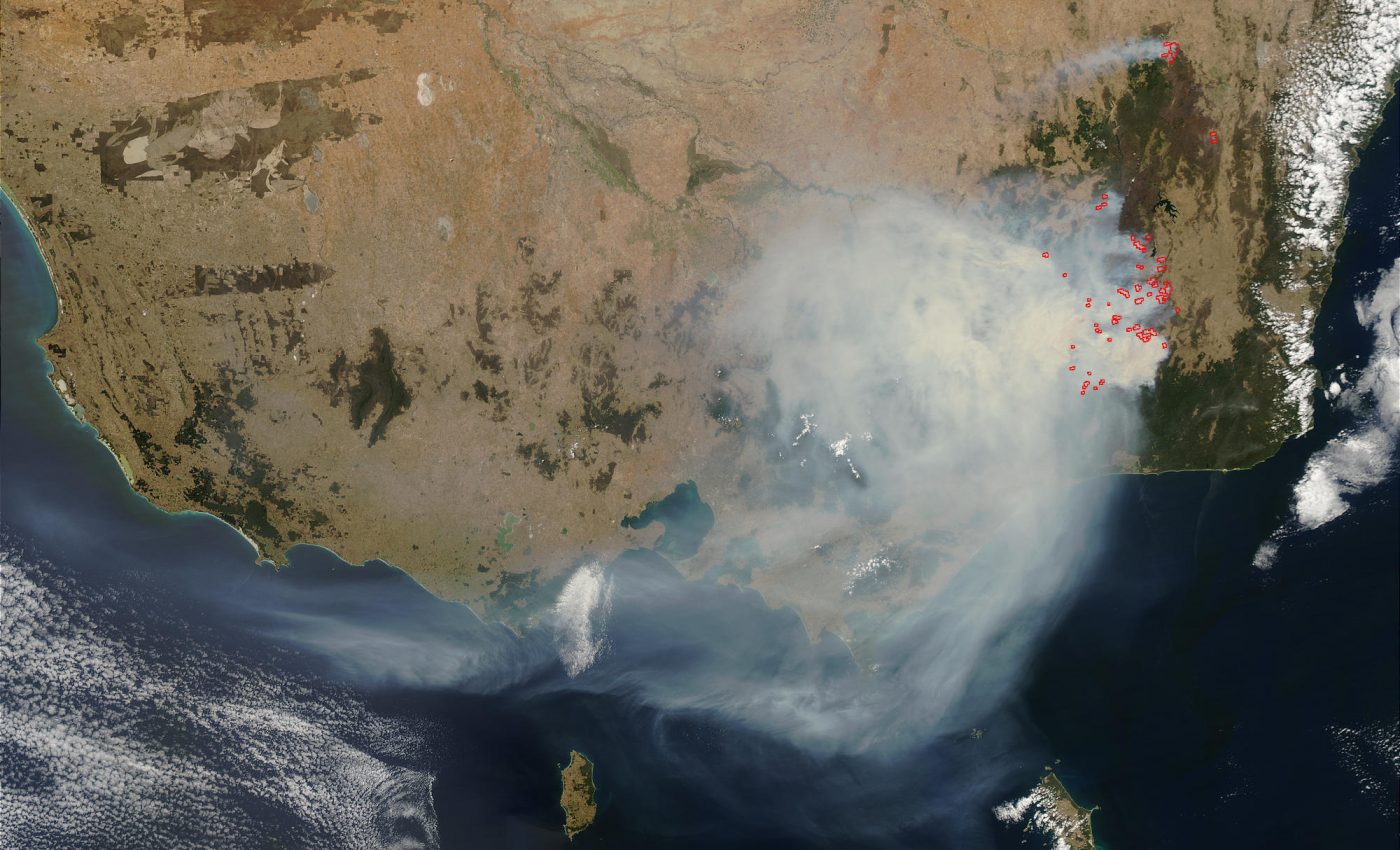 On February 2, 2003, the Moderate Resolution Imaging Spectroradiometer (MODIS) on the Aqua satellite detected fires (red dots) still burning in southeast Australia. A shroud of smoke hangs over Victoria and stretches out over the Bass Strait. These fires have been burning for about one month.

South Australia (abbreviated as SA) is a state in the southern central part of Australia. Therefore It covers some of the most arid parts of the country. With a total land area of 983,482 square kilometres (379,725 sq mi), it is the fourth-largest of Australia’s states and territories by area, and fifth largest by population. It has a total of 1.7 million people, and its population is the second most highly centralised in Australia, after Western Australia, with more than 77 percent of South Australians living in the capital, Adelaide, or its environs. Other population centres in the state are relatively small; Mount Gambier, the second largest centre, has a population of 28,684.

Also Fire and Smoke in Southeast Australia has many fires that burn across the country and coastline. Therefore the damage that hangs over the city shows the smoke and clouds in picture. Although it looks small the fires stretch far across.