Fires and Smoke in Northwestern Canada 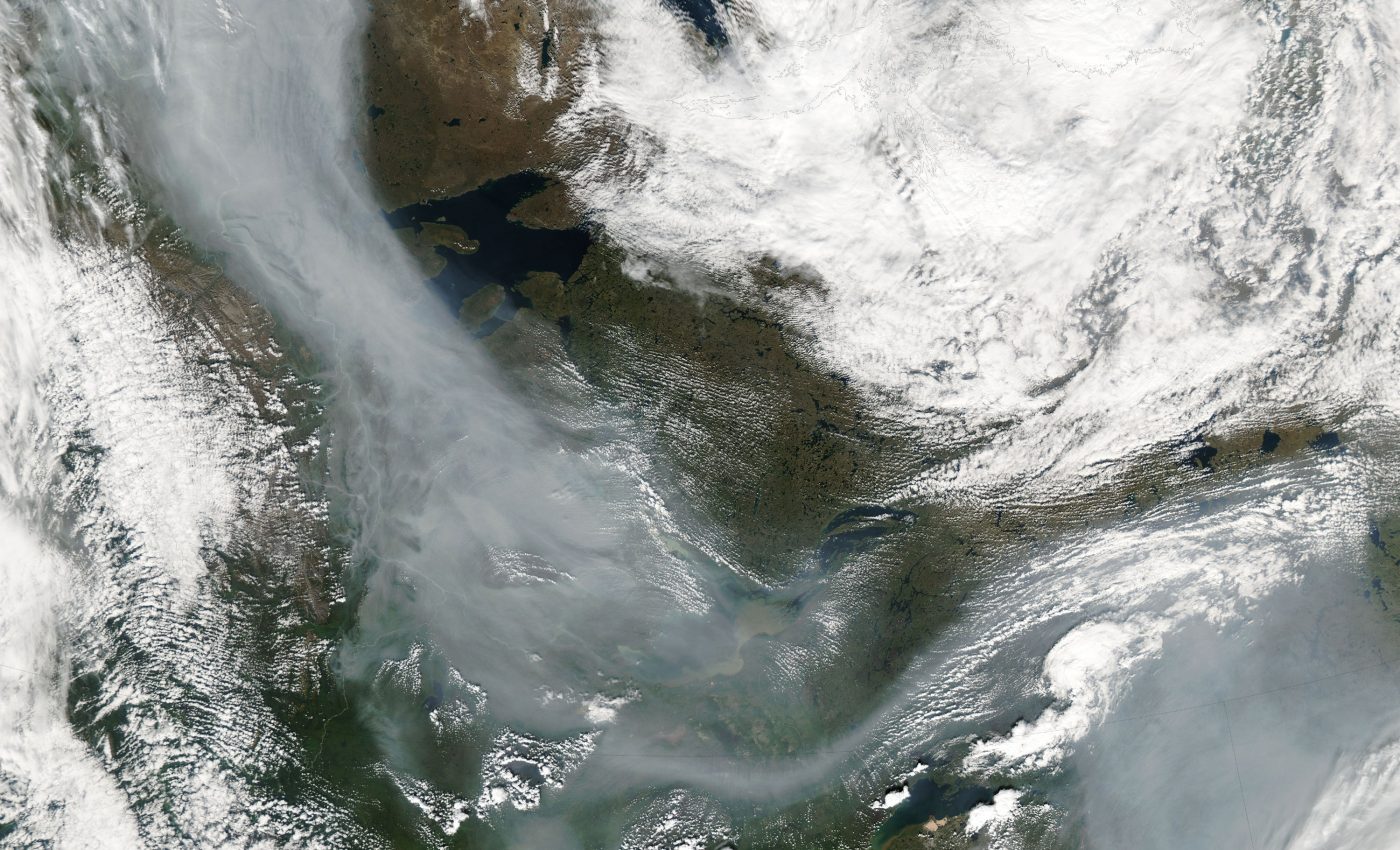 Fires and Smoke in Northwestern Canada. Several territories in northern Canada are experiencing active fire seasons in 2004. This image of parts of the Northwest Territories (top), Saskatchewan (bottom left), and Manitoba (bottom right) on July 25, 2004, shows smoke billowing from multiple large fires southeast of Lake Athabasca, which straddles the border between Saskatchewan and Alberta (thin strip along left edge of image). The river of smoke flowing into this scene from the northwest comes from additional fires burning in the Northwest Territories, southeast of Great Slave Lake.
The Moderate Resolution Imaging Spectroradiometer (MODIS) on NASA’s Aqua satellite captured this image along with active fire detections. Areas where MODIS detected fires are outlined in red.

The Northwest Territories, a portion of the old North-Western Territory, entered the Canadian Confederation on July 15, 1870, but the territory was subdivided several times to create new provinces or territories or enlarge existing ones. Its current borders date from April 1, 1999, when the territory was subdivided to create Nunavut to the east, via the Nunavut Act and the Nunavut Land Claims Agreement. While Nunavut is mostly Arctic tundra, the Northwest Territories has a slightly warmer climate and is both boreal forest (taiga), and tundra, and its most northern regions form part of the Canadian Arctic Archipelago.